Home 3 Tips to Being a Successful Name Dropper

3 Tips to Being a Successful Name Dropper 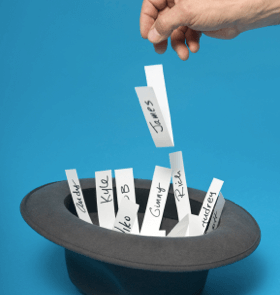 Everybody knows somebody that likes to drop names in an effort to feel important.  Name-dropping is done all the time in the business world too, for the same reasons, to look cool or to feel more important.  In PR it’s most commonly done in an attempt to secure an interview or to get an in with a key reporter or editor.

Name-dropping can be valuable but it can also backfire and turn ugly very quickly. In a recent instance, somebody I know was looking for an in with a local TV Producer.  I’ve known this Producer for a long time and over time have proven myself from a PR standpoint with her.  I have a good relationship with her and he wanted to capitalize on that relationship.

I told him her name and he proceeded to reach out to her to pitch a client.  His pitch was weak and his follow up approach was even worse.  Because the Producer knew me and this person dropped my name she decided to listen and then out of respect for me and our relationship decided to help the person.

The person was unprepared and thought that by simply dropping my name he could get what he wanted.  The Producer was nice and told him no but took extra time, due to my relationship with her to explain what she would be interested in.  This individual couldn’t come up with what she needed to make it a news story and communicated that to her very poorly.

As a result, my Producer friend called me to express her displeasure.  She explained that he only got her attention because he had dropped my name.  However, because he handled it so poorly, she said she never wanted to work with him again and was calling me to explain the situation and to let me know that he was using my name and reflecting bad on me.

Here are three tips to avoid these types of negative experiences when name-dropping.

In one instance where I tried to name drop, it ended badly.  I called, got the targeted person on the line and proceeded to tell her how I got her name.  I explained that it was through a mutual acquaintance.  Before I could proceed, the person told me that just because I knew this mutual acquaintance didn’t mean that it was going to get me anything and hung up.

There are always exceptions to a rule, but by following the guidelines I listed above you’ll increase your odds of successfully leveraging colleagues, friends and acquaintances to get what you want.