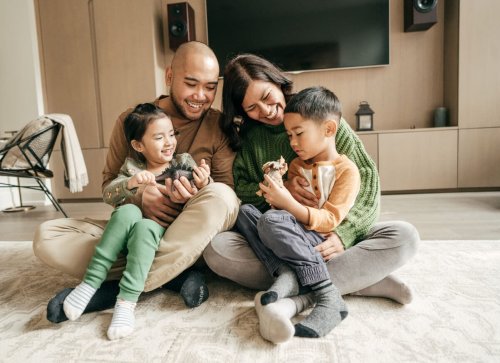 The COVID-19 pandemic has had a huge impact on the economic well-being of most families in the United States, a recent report from the Federal Reserve found. While many workers laid off at the start of the pandemic have returned to work, this hasn’t been true for a large number of low-income workers. Additionally, the report noted that the unprecedented amount of government stimulus released earlier this year had a measurable positive effect on the economic well-being of American families.

However, as unemployment benefits dry up and the possibility of another stimulus check is thrown into question, the finances of many families might soon be flung into a downward spiral.

Every year, the Fed’s “Report on the Economic Well-Being of US Households” is a highly lauded dataset measuring how Americans believe they’re faring financially. With the entire world hurled into chaos due to the immense, continuous spread of the novel coronavirus, the Fed updated and expanded its report throughout 2020. An update released in September included data from surveys conducted in April and July of over 4,000 people. Through their responses, we can see how Americans are judging their own finances across an incredibly turbulent period.

While the report revealed some good reasons to be hopeful for the overall financial health of Americans, it is clear that many families are still struggling—especially without continued help from the government.

“Data collected to supplement the Federal Reserve Board’s 7th annual ‘Survey of Household Economics and Decisionmaking’ showed that US families were faring better financially in July than in April, but many still faced uncertainty regarding layoffs and prospects for returning to work,” the Fed said in a press release.

Overall, 77% of American adults said that they were doing at least “OK” financially in July. That percentage is up from 72% in April, when the pandemic was first hammering the country and many states began closing down their economies to slow the spread of the disease. Notably, it is also up from October 2019, when 75% of adults said their finances were OK or better.

The Fed believes that the high number comes from many people going back to work as well as the availability of financial assistance from the federal government or charitable organizations.

“A substantial number of families received 1 or more forms of financial assistance, and the effects of these programs were apparent in people’s overall financial well-being and ability to cover expenses,” the report’s authors said.

Many Laid-Off Workers Have Returned

As the pandemic began to spread throughout the country in March and April, the federal government found that some 20.5 million people lost their jobs—the most dramatic increase in unemployment by far since the government began tracking this data in 1939.

The Fed’s report also found that 30% of people laid off between March and July had returned to work for the same employer. However, 22% of those laid off said they did not expect to return to work for their previous boss and were not working at another job.

Layoffs have not affected all workers equally—they have disproportionately impacted people of color and women. Hispanic and Black workers were more likely to say they had been laid off between March and July. A greater number of working women were laid off compared to men, which the Fed noted as a different state of affairs from previous recessions.

The Fed found that 31% of respondents were doing all of their work from home, a significant decrease from 41% in April.

Alarmingly, 18% of workers said their employers were taking too few precautions to prevent the spread of COVID-19.

Financial Assistance Has Been Critical

The federal government passed an unprecedented aid package at the outset of the pandemic, including increased unemployment insurance and a stimulus check sent to almost every American. The Fed found that this assistance has proven to be a lifeline for families—but with the government unable to approve more aid, the financial well-being of many Americans could be teetering on the brink.

The report found that almost 25% of adults said their family received assistance in forms including unemployment insurance, food stamps (e.g., the Supplemental Nutrition Assistance Program, or SNAP), or food provided by charitable organizations such as food banks.

With many of these arrangements being a recalculation or delay of payments instead of forgiveness, it isn’t clear how this will impact the financial well-being of these people in the future.

“Unless the economy picks up or more emergency unemployment benefits are passed by Congress, unemployed workers will have to make spending cuts at some point,” economist Ernie Tedeschi told CNBC regarding the Fed’s findings.

More Americans Are Prepared for Emergencies

While the pandemic and mass layoffs upended the daily life of millions of American households, most adults believed that things had evened out by July. The Fed found that 77% of adults reported that they were either “doing OK” financially or “living comfortably.” The remaining 23% said they were “just getting by” or they were “finding it difficult to get by.”

While the Fed couldn’t say for sure, it appears that the government stimulus checks and unemployment benefits are helping more Americans save for emergencies. The ability to pay for unexpected expenses increased the most since last autumn for low- and middle-income households.

However, with the possibility of more relief in jeopardy, how long this financial optimism will continue as the pandemic rages on remains an open question.