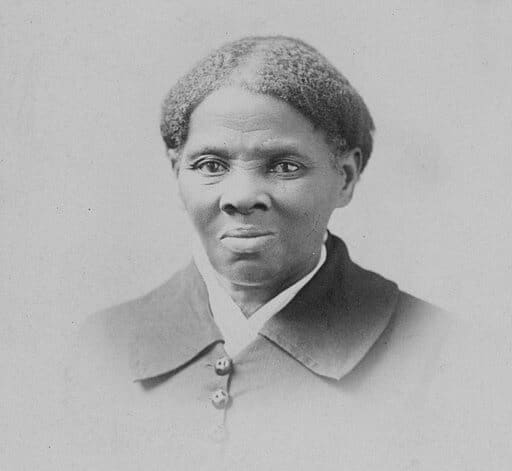 During Black History Month, we often focus on the men responsible for advancing the cause of civil rights for Black people. However, many Black women on the front lines and behind the scenes also worked tirelessly. From smuggling slaves to freedom to championing the causes of Black women to ensuring Black voters are free to exercise their 15th Amendment rights, these women are heroes worth studying.

Harriet Tubman was a former slave who used the Underground Railroad to smuggle numerous slaves to freedom. She also served as a spy in the Civil War, providing intelligence about the Confederate Army to Union forces.

Tubman was born into slavery around 1820 on a Dorchester, MD, plantation. Her parents named her Araminta, but she later changed her name to Harriet to honor her mother. Tubman endured a brutal childhood. At the age of 5, she was charged with keeping her mistress’s baby from crying at night, and Tubman was whipped whenever the baby cried.

Around the age of 7, it was her job to gather muskrats from their traps, which required standing in waist-deep water and contributed to her poor health. At the age of 12, an overseer threw a 2-pound weight at an escaped slave at the exact moment Tubman stepped between them while attempting to block the overseer’s path and allow the slave time to run away. The weight broke her skull, and this head injury resulted in a lifetime of narcolepsy, seizures, headaches, and other issues.

Tubman’s father was freed in 1840, and later, in his will, Tubman’s owner set her, her mother, and the rest of her family free. However, the new owner refused to acknowledge the will, and in 1849, after learning the new owner planned to sell 2 of her brothers to another plantation, Tubman and her 2 siblings escaped.

After seeing a notice offering a reward for their return, her brothers changed their minds and decided to go back to their plantation. However, Tubman used the Underground Railroad to continue traveling 90 miles to Pennsylvania, where slaves were considered free. The Underground Railroad was not an actual railroad but a network of churches, homes, and schoolhouses referred to as “stations.” Fugitive slaves were guided by “conductors.”

After achieving freedom, Tubman went back to free other relatives (including her parents) and friends from slavery using the Underground Railroad and eventually established her own version. During her 19 trips, she often led people as far as Canada to avoid the Fugitive Slave Act of 1850, which required escaped slaves in the North to be returned to their masters.

During the Civil War, Tubman used her skills as a nurse and cook to assist injured soldiers and fugitive slaves at Fort Monroe. She also oversaw an espionage network that informed the Union about the Confederate Army’s supply routes and troops, and she led the Combahee River Raid, which freed over 700 slaves in South Carolina, making her the first woman in the Civil War to lead an armed expedition. When Tubman died in 1913, she was buried with military honors at Fort Hill Cemetery in Auburn, NY.

Stacey Abrams is a lawyer, politician, and voting right activist who was instrumental in increasing voter turnout in Georgia’s 2020 election, effectively turning the state from red to blue.

Concerned about the high number of unregistered Black residents in Georgia, she founded the New Georgia Project, which was responsible for registering more than 200,000 people of color between 2014 and 2016.

In 2018, Abrams ran for governor of Georgia. She won the Democratic nomination, making her the first Black woman to be a major party’s nominee for this position. She lost the general election by a little over 50,000 votes. However, her challenger, Brian Kemp, who was also the Secretary of State and oversaw voter registration and elections, threw out more than 1.4 million voter registrations between 2012 and 2018—including 670,000 registrations in 2017.

A month before the 2018 election, Kemp put 53,000 registrations on hold, citing Georgia’s exact match verification. According to an analysis by the Associated Press, although Black people were 32% of the population at the time, they were 70% of the voter registrations Kemp put on hold. Other criticism surrounding the election included voting machines that didn’t have power cords and numerous poll sites that were closed in Black communities.

Although Abrams lost that election, thanks to her diligent work, Georgia’s Democratic Party went from 2 employees and almost no money in 2010 to 150 employees and $25 million on hand—and in 2018, it flipped 16 seats in the state.

On February 5, 2019, Abrams delivered the response to the State of the Union address, making her the first Black woman and the first person not currently holding office to do so. Although many people wanted her to run for the US Senate, she decided against it and instead continued her efforts to ensure people of color were registered and had equal access to voting. She founded Fair Fight 2020 in 2019. The organization builds voter protection teams to protect the rights of voters from both foreign interference and voter suppression.

Her work to register and mobilize unprecedented levels of Black and young voters is widely credited with helping Joe Biden win the state of Georgia and with helping propel Georgia’s 2 Senate Democratic nominees, Jon Ossoff and Rev. Raphael Warnock, to victory.

As president of the National Council of Negro Women, Dorothy Height played a crucial role in improving standards and creating opportunities for Black women.

Born in 1912 in Richmond, VA, to a building contractor and a nurse, Height grew up in Rankin, PA, and attended racially-integrated schools. Her oratory skills led to a college scholarship. Height graduated from New York University, earning a Bachelor’s Degree in Education and a Master’s Degree in Psychology, followed by postgraduate work at Columbia. While at Columbia, she joined Delta Sigma Theta, the largest Black sorority in the country. (She also served as the sorority’s national president from 1947 to 1956, leading the organization into a deeper level of activism on both a national and international level.)

In 1933, Height led the United Christian Youth Movement of North America. In this capacity, she undertook a variety of causes, including desegregating the armed forces, preventing lynching, and calling for criminal justice reform. Working as a social worker, she became involved with the YWCA for Black women, eventually being elected to a national office. While at the YWCA, she led the integration of all of its facilities.

In 1965, Height created the Center for Racial Justice and oversaw operations until 1977.

In 1957, she became the 4th president of the National Council of Negro Women, a role she held until she retired in 1996. During her 40 years at the helm, Height was a major force in the civil rights movement, working on campaigns with Dr. Martin Luther King, Jr., and several other civil rights figures. She organized the 1963 March on Washington and stood near Dr. King as he delivered his famous “I Have a Dream” speech.