If you’ve used dating apps before, you’ve probably been on Bumble. The application, recognizable by its yellow hive icon, now has 42 million active users and is widely known. However, it was revolutionary when it first came out because it permitted only women to make the first move. Men couldn’t message a woman first—even if they matched. This feature cut down on the chances of toxic or aggressive behavior that women users frequently experienced on such apps.

Bumble Founder and CEO Whitney Wolfe Herd is in her early 30s, and now, thanks to her recent IPO in February 2021, she’s the youngest self-made woman billionaire to take a company public. Not only is Wolfe Herd at the helm of Bumble, but the company is mostly women-controlled and backed by prominent women investors like Serena Williams. Bumble’s board will also fill 8 of its 11 seats with women, which is far from the norm.

Read on to learn more about Bumble and why Wolfe Herd’s trailblazing matters for women in business.

Bumble Expanded Beyond Dating to Serve Its Users More Holistically

Bumble Inc. includes not only Bumble but Badoo, an international dating app. While at first Bumble was primarily dating-focused and initially monetized by offering in-app perks and membership plans, it has since expanded to offer solutions for women at every stage of life.

The Bumble BFF app allows users to search for new friendship connections, while Bumble Bizz is just for networking—and Women in Bizz even allows women to filter men out from networking if they desire. These apps were creative expansions of Bumble’s original platform and help make sure users can connect with new people, no matter what their priorities are at the moment.

Wolfe Herd Is Not Afraid to Take a Stance

Wolfe Herd started Bumble in 2014 after leaving her role as Tinder’s VP of Marketing. After her departure, she sued the company for sexual harassment, which is unfortunately all too common in the tech industry, and she has made it clear she doesn’t tolerate bad behavior, even ousting her Bumble cofounder after reports of a misogynistic work environment within his side of the company came out.

As the leader of Bumble, Wolfe Herd has centered diversity and inclusion for all as a top priority. She’s worked to make Bumble a space users can feel totally safe, banning firearm pictures after mass shootings. The app has also banned language that shames people’s physical appearances or could be perceived as racist, ableist, homophobic, transphobic, or oppressive in any other way.

Wolfe Herd even helped introduce legislation that can ban unsolicited nude photos from being sent, a common complaint from women on dating apps.

In the last few years, Bumble has also launched initiatives to focus on investing in businesses started and led by women of color and other underrepresented demographics.

Wolfe Herd Hopes to Lead the Way for Other Female Founders

While women-founded companies have always struggled to get funding compared to their peers in similar industries, the pandemic has exacerbated those issues. Sadly, VC funding for women-led companies hit an unprecedented low last year. Wolfe Herd—who rang the bell at her IPO with her child in her arms—wants that to change. She wants what she’s done to eventually become normalized and hopes that her IPO will help investors become more comfortable investing in women and their businesses.

It’s encouraging to see small shifts in the right direction; for example, Nasdaq has sought to enforce rules around diversity within its listed companies. However, there’s still so far to go. Bumble’s historic IPO is a big leap in the right direction and a reminder that women can fund successful companies just as competently as any other demographic.

Nikki Carter is a freelance writer-editor-strategist with deep knowledge about marketing, productivity, and more. Nikki is passionate about freedom, telling the truth, and supporting entrepreneurs from underrepresented communities. Follow her on Instagram @nikitamcarter and check out her weekly newsletter, Will & Way, for women of color. 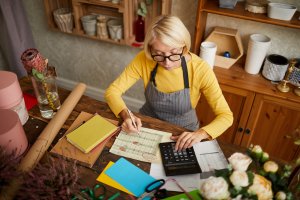