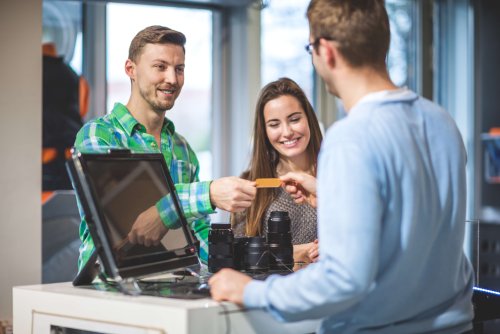 Guess who’s coming to your customer’s virtual wallet? Apple Pay Later. And if the name alone didn’t give the story away, the tech giant is entering the point-of-sale, short-term financing market by offering installment loans on everyday purchases for consumers. Full details are still to come, but this offering increases the list of options for consumers wanting to spread out payments over the short term and for businesses willing to let them.

So, how will this impact small business? By and large, Buy Now Pay Later, aka BNPL, has been a boon for consumer spending. Of course, according to stats from Pymnts.com, if you’re a local business not yet offering Buy Now Pay Later, you may be a little late to the party (fortunately, there’s no end-time) — 55% of your local competition already offers BNPL online, although only 5% of local businesses offer it for in-person transactions. Why? Good question, although CNBC notes that Buy Now Pay Later has the potential to:

Of course, this also means that 45% of local businesses aren’t offering BNPL. If you’re one of them but considering adding a new way for your customers to pay, we did some of the research for you.

Isn’t BNPL just for retail? No. Businesses across industries (think dentists, attorneys, plumbers, etc.) already offer BNPL. The service is popping up in restaurants and other establishments, too. Anywhere there’s money to spend, you’ll probably find a consumer who doesn’t want to use a credit card but also doesn’t want to part with cash. Buy Now Pay Later is a good compromise.

Disclaimer: The views and opinions expressed in this blog are those of the authors and do not necessarily reflect the official policy or position of Lendio. Any content provided by our authors are of their opinion and are not intended to malign any religion, ethnic group, club, organization, company, individual or anyone or anything.

Jeanie Croasmun is a writer, editor, and all-around news junkie who voluntarily (and gleefully!) listens to economics podcasts while she runs. She writes on current issues and other topics related to small business finance for Lendio.