Will Coronavirus Kill the Open Office? 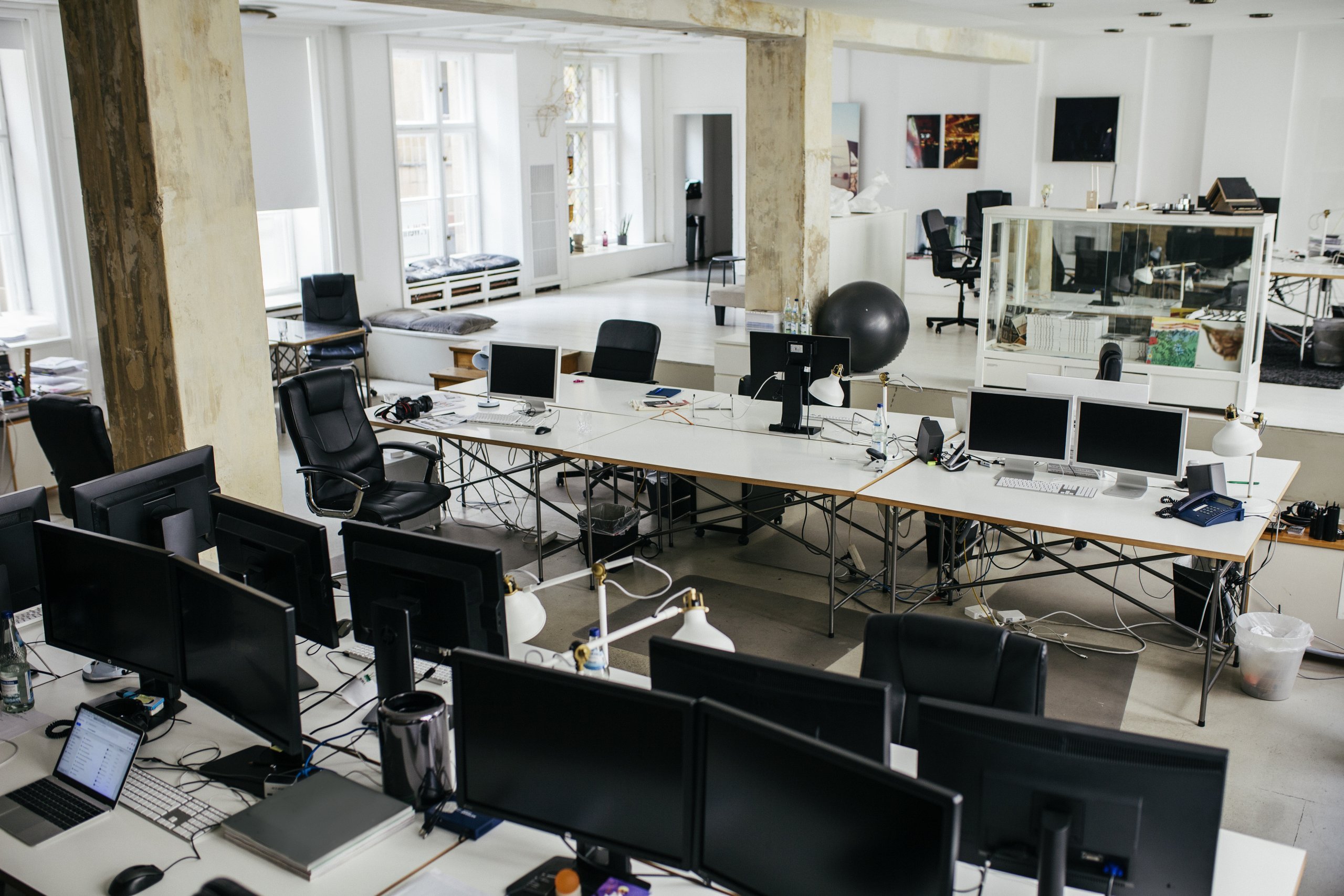 The open office concept has certainly experienced its day in the sun. Up to 70% of the offices across the nation have implemented communal work tables, low-partition workstations, and other similar layouts. Such a high usage rate makes open offices seem less like a trend and more like a default.

How did we get to this point? Many businesses saw the open layout as a cost-effective way to get enviable results. Collaboration could improve if coworkers had easier access to each other. And by removing the traditional elements of workplace hierarchies, such as corner offices for the bigwigs and cramped cubicles for the peons, the layout would increase morale around the office.

“Silicon Valley firms were among the first to champion open workspaces, where employees sit shoulder to shoulder at communal desks,” says an office analysis from Forbes. “They tore down walls and eliminated private offices as outdated symbols of corporate hierarchy. An open layout seemed to convey a modern, break-all-the-rules attitude. It also provided a stark contrast to the soulless cubicle farms skewered by Dilbert comics and films like Office Space.”

Anything that Opens Up Can Be Shut

The coronavirus pandemic has made each of us reevaluate the way we interact with others. From handshakes to dinner buffets, there are countless aspects of our lives that might change. You might as well include working in hyper-close proximity with others on this list.

It’s worth noting that open offices were drawing plenty of scrutiny even before this crisis. The most common complaints from employees were similar to those you’d hear from someone who’d spent a long airline flight cramped in the economy section:

According to a landmark study from the Harvard Business School, open offices actually decrease face-to-face interactions by 70% and lead employees to use emails more. Struggling to cope with the copious distractions and annoyances, it appears that employees withdraw from each other by hunching closer to their computers and turning up their headphones.

“If you’re sitting in a sea of people, for instance, you might not only work hard to avoid distraction (by, for example, putting on big headphones) but—because you have an audience at all times—also feel pressure to look really busy,” says Ethan Bernstein, the study’s coauthor. “Indeed, all of the cues in open offices that we give off to get focused work done also make us less, not more, likely to interact with others. That’s counterproductive, at least given the rhetoric of open offices.”

Is Coronavirus the Nail in the Proverbial Coffin?

Now we’re confronted with the prospect of workplace layouts that negate many of the health advantages associated with social distancing. After all, long farm tables packed with employees working elbow to elbow seem like the antithesis of what we’ve learned during this crisis.

“They probably will be clear, you will not sit there in that big open space,” says business leader Carol Bartz, in reference to the way businesses will approach workplace design. “I think people are going to want protection, plexiglass or whatever. There will also be more teleconferencing, absolutely less flying, you will teleconference with customers, they don’t want to see you in person and you don’t want to see them.”

These are welcome predictions if you’ve personally experienced the struggles that come from open offices. But even those who enjoy the layout and want to keep it post-COVID can take heart in the fact that America’s businesses probably won’t throw the baby out with the bathwater.

Many of the positive aspects of open offices can live on. If you want to stay competitive in hiring, they must live on. Workers have come to appreciate and expect a democratized layout.

“Granted, open-plan offices have certain advantages,” explains an office design report from the Boston Herald. “Executive offices no longer ring the perimeter, hogging access to natural light and views. There are abundant common areas, such as kitchens, meeting rooms, coffee bars, and seating areas. Ideally, these arrangements give people choices for where—and how—they want to work, simultaneously freeing them from being chained to their desks and creating enough flexibility to create social distancing.”

As this current pandemic subsides and America’s workers return to offices and other facilities, there will be plenty of details to figure out. What’s important is that there’s a balance between layout choices based on physical health concerns and those based on the emotional health that comes from staying connected with your colleagues. The increased use of telecommuting, combined with new health-related protocols, ensures that our workplaces face substantial evolution. Let’s hope it’s for the better.