How One Bagel Shop Serves Culture and Community With Every Bite

Lives are shaped by the experiences held within them. Some experiences are small, some large, and others have the potential to completely alter a previously intended course. One such experience dramatically shifted the life course of Boston native David Long.

David grew up in a Jewish home just north of Boston, Massachusetts. There, he was steeped in the deep culinary culture that thrives in the northeast. However, as an adult and after moving to Los Angeles in 1979 to attend USC, he worked mostly in technology—first on the customer side and then on the vendor’s side in sales. It wasn’t until the death of his mother from pancreatic cancer that David was faced with the reality of mortality and his life’s trajectory. He recalls thinking, “I know I’ve got X number of years left in this world, I’d like to try and do something I enjoy…I want to change course.”

After speaking with his father, David learned about SCORE—a business mentoring and education program. Following his father’s insight, he found a mentor and got to work. Igniting a passion for bagels that harkened back to his upbringing, David followed the recommendation of his new mentor and tried to find some hands-on training working for other bagel shops, but none would hire him. Unsuccessful, he went back to his mentor, and they decided it would be a good idea for him to go to school instead.

Shortly thereafter, David applied to and was accepted into the baking and culinary program at LA Trade Tech (LATTC). There, he took classes to get the skills and breadth of knowledge needed to pursue his new life path. When recounting his experiences, David notes that “it was more of a ‘life’s journey’ education than a cooking and baking education” due to the incredible instructors and students he met and the help he received. It was through those friendships that Unity Bagels came to life.

The Birth of Unity Bagels

In October 2019, David created Unity Bagels. While being the fresh face in a full market, he forged forward with 3 classmates picked from the pool of people he most respected during his time at LATTC. Together, they took Unity Bagels to an LA farmers market while using space from Crafted Kitchen to facilitate their operations. From there, their audience grew as David and his team worked to produce new products that spoke to the unique environment of the LA scene.

“I called it Unity Bagels because LA is so rich in diversity,” David explains, “and I’m always trying to think of new sandwich ideas and ways to incorporate all these great cuisines into the bagel.” From an East Asian-inspired bagel with kimchi and Japanese-style egg to The Pico (a jalapeño cheese bagel with habanero cream cheese and locally-sourced ceviche de pescado), this small business owner works to incorporate culture and diversity into his bagel menu.

When the Going Gets Tough, the Tough Get Going

When the coronavirus pandemic struck, small businesses across the country took a beating. Unity Bagels was no different. As a result, David was forced to buckle down and find new ways to keep his business afloat. With his employees off work to care for their families and weather the pandemic, David has spent long hours crafting do-it-yourself bagel kits, making Sunday deliveries, and developing other ingenious methods to keep his business running. Fortunately, when money got a little tight and he decided to apply for a PPP loan, David’s local credit union worked just as tirelessly with Lendio to find and secure the funds needed to keep bagels on tables.

It’s All About Unity

Despite the troubled times, David maintains his community-and-culture-centric mindset. Each month, he donates at least 10% of his total revenue to local charities—like the LA Food Bank—to help the less fortunate and support worthy causes. Similarly, when the pandemic blows over, David hopes to ultimately open a small shop where people from all walks of life and corners of LA can come to enjoy incredible food with a “cool vibe” and an inviting atmosphere. 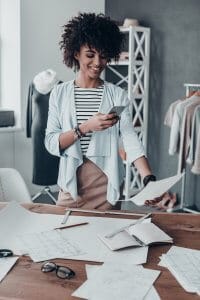