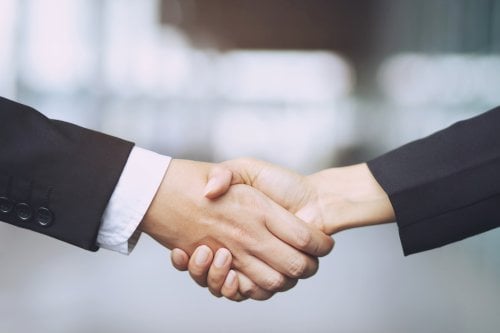 The Big Business Leaders Stepping Up During the Pandemic

There’s no shortage of coverage about the coronavirus. Most of the news talks about the devastation and turmoil caused by the pandemic, but let’s take a step back and look at some of the positives. Even during this grim time, thousands are stepping up to make a difference.

Nurses and other frontline medical workers are sacrificing their safety to care for others, teachers are creating parades past students’ houses to comfort them, and restaurants are keeping staff on the payroll to provide food for first responders.

With thousands across the country taking small steps to make a difference, we’re beginning to see signs of light.

Small steps by many can have a huge impact, but the ripple effect is even larger when those actions are made by the most influential—big business leaders.

Below are some of the big businesses and leaders stepping up to make a difference during the coronavirus.

The Bill and Melinda Gates Foundation

Bill and Melinda Gates, and their respective foundation, have invested billions over the years to develop vaccines and cures for diseases like malaria, yellow fever, and HIV. The foundation naturally stepped up to stop the spread of COVID-19. Gates and his wife have pledged $100 million through their foundation for the development of a vaccine.

However, the foundation didn’t stop there. The foundation also pledged $5 million to help the Seattle area respond to the pandemic. “Seattle isn’t just our headquarters. It’s also our home,”  Amy Carter, director of community engagement, said.

This money can help students get meals during this time and support local businesses—who are struggling to stay afloat.

Mark Zuckerberg, founder of Facebook, and his wife Priscilla Chan have pledged $25 million from their Chan-Zuckerberg foundation. The goal of their donation is to find a drug treatment from existing medications.

“Often a drug can be helpful against multiple diseases,” Zuckerberg told CBS This Morning. This sentiment means we may be closer to finding a drug treatment option than most people might have thought.

Like the Bill and Melinda Gates Foundation, the efforts of the Chan-Zuckerberg Initiative are meant to work toward a cure—a long-term solution to prevent COVID-19 from becoming a disease that plagues the world through the coming decade.

A small business counts as a company with 2 to 50 employees and must have been operational for at least a year. The grant comes in the form of cash and advertising credit on the social network.

The Jack Ma and Alibaba Foundation

When the coronavirus was just starting to spread through China, several foundations and organizations donated supplies and resources to the country to help eradicate the illness. Now that the United States is consumed by the virus, business leaders from China are returning the favor.

Jack Ma, founder of Alibaba (China’s massively popular equivalent to Amazon), has pledged 500,000 coronavirus testing kits and 1 million protective face masks to the United States. He also pledged a similar amount to hard-hit European countries and has helped more than a dozen Asian countries financially and with resources.

These donations will help countries all over the world fight the virus and shorten the length of the pandemic.

Jack Dorsey is the CEO of Twitter and digital payment app Square. On April 7, he pledged $1 billion to fund COVID-19 relief. Dorsey is worth about $3.6 billion and has pledged roughly 28% of his wealth to the cause.

This amount isn’t a blank check, either. The donation will cover girls’ education and health, work to create a universal basic income, and support his Start Small fund, which funds efforts across the country aimed at helping us recover from the pandemic.

The amount donated alone is jaw-dropping, and the effects of his support will be felt for years after COVID-19 passes.

Furthermore, the Start Small fund will provide donations to existing organizations, like America’s Food Fund, an effort led by Leonardo DiCaprio and Laurene Powell Jobs. The Start Small initiative prevents nonprofit organizations from fighting against each other for resources so they can continue to help their local communities.

We All Have a Role to Play

Big corporations and their respective leaders are donating billions of dollars to help people and small businesses around the country. While some leaders have received backlash for the proportion of their wealth that they’re contributing, their donations should not be overlooked.

You don’t have to run Amazon or Facebook to make an impact during the pandemic—small actions add up to big differences. Everyone can do their part to shorten the timeline of the virus by staying home and washing hands. If you do go out, wear protective gear and limit your trips.

Together—as a community—we can get through this.