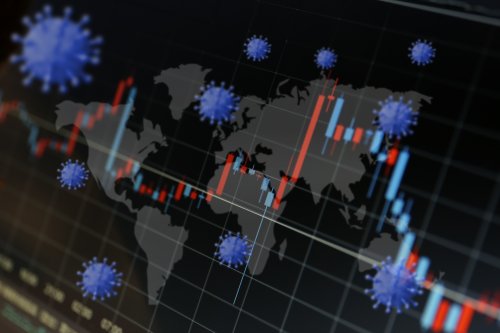 Is the CARES Act Enough to Keep Us from Economic Devastation?

The new $2 trillion relief bill (known as the CARES Act) is more than twice as large as 2009’s stimulus package, but is it enough? Even if our planned social distancing efforts work against COVID-19, would the financial support be sufficient to get America back on track? Or would it just help businesses and individuals get by for a few more months until their eventual collapse?

Obviously, there are many questions about the CARES Act and its efficacy. We want to think the federal government knows exactly what they’re doing—in that line of thought, of course, the $2 trillion will be enough! But to get nearer to the source of the truth, let us play devil’s advocate here and drill down on the bill.

Will it really be enough?

Not if This ‘War’ Continues

Treasury Secretary Steven Mnuchin claims the stimulus plan is adequate to help an economy affected by this virus for 3 months. “Hopefully we won’t need this for 3 months,” said Mnuchin. “Hopefully this war will be won quicker, but we expect that this is a significant amount of money if needed to cover the economy.”

However, if our social distancing laws prove ineffective (or are loosely followed), experts warn the pandemic could stretch on much longer. Months, in the best case, and years, in the worst case.

So if we can significantly slow the spread of the coronavirus and stop the worst of it by May, then perhaps the CARES Act is enough. If not, then the CARES Act won’t be enough—it was designed for 3 months of financial relief, not more.

Not if Business Owners Don’t Trust the System

There are many components to the CARES Act, especially for small business owners: SBA loans, debt forgiveness, payroll protection, and more. During an economic crisis like this, it all may seem a little too good to be true.

Naturally, business owners have doubts. Will all their conditional loans really be forgiven later? Will each business be treated equitably? What’s the catch to these zero-interest loans?

If business owners don’t believe in the system, then they won’t claim all of the available help. And if they don’t claim available help, more businesses will close (permanently) and more workers will go unemployed—and unemployment has its own chain of damaging consequences.

The CARES Act does help the unemployed, but it doesn’t solve all of their problems. Unemployment aid usually only accounts for about 50% of an employee’s wages, and most people can’t live on half of what they’re typically making.

Unemployment benefits are far from instantaneous, especially when claims are skyrocketing to newfound levels. Several state websites administering claims have been bogged down by uncontainable traffic, causing Americans to have to wait longer to receive aid.

Not if It’s too Slow

Already, millions of workers have filed for unemployment. Many businesses, big and small, have been forced to close their doors temporarily or operate in an economy where folks are afraid to go outside.

The effects of COVID-19 have been afflicting American industries for close to a month now, and financial relief from the CARES Act is still weeks away. The longer businesses go without financial support, the further they fall into debt—making it harder and harder to climb out of this economic hole.

“There are a lot of difficulties in vetting applicants, but getting money out the door quickly will be vital to keeping small businesses alive and hence keeping workers employed,” said Stephen Stanley, an economist at Amherst Pierpont Securities.

$2 trillion might be enough to help the economy right now, but it’ll likely need to be more by the time the money actually lands into businesses’ and citizens’ pockets.

Not if the Government Isn’t Prepared to Offer More

Does this package help? Most definitely. A $2 trillion influx into the market will certainly ‘stimulate’ the economy. Will it be enough in the long run? Probably not, suggests John Lettieri, chief of the Economic Innovation Group think tank.

“The lending capacity needed to prevent mass closures and layoffs could be 4 or 5 times larger than what is being provided,” said Lettieri. “Congress needs to be prepared now for how quickly these resources are going to evaporate.”

Neither Republicans nor Democrats love the CARES Act, and it took a good deal of time for the government to knock heads and come to any sort of agreement. If the government doesn’t start preparing now to offer add-on stimulus packages, then future financial relief will likely be too late.

“I’ve never seen Congress move so fast to do something so large. Unfortunately, the problem may be larger and faster,” said Jason Furman, a member of former President Barack Obama’s economic team during the last recession.

Nobody in the government believes the CARES Act is the end-all-be-all economic cure to this crisis. And as long as that thought prevails, we can hope they’re already acting to build out phase 2 of this stimulus-relief plan.

Will the CARES Act be enough to save America’s economy? Probably not. But it’s a start.