many deserving small businesses were being denied loans as the money disappeared quickly into the pockets of big corporations.

Well-funded companies with stock and investors are still gaming the program, despite the few dozen corporations that returned their loans. More than 80% of publicly traded companies that were awarded PPP loans, most of them flush with investor cash from the New York Stock Exchange and NASDAQ, are still sitting on about $1.5 billion in PPP loans they have not returned.

We reviewed the hundreds of PPP loans awarded to companies listed on the stock market,

with publicly available data compiled by the research platform FactSquared (registration is required). This data only includes companies that are publicly traded on a stock exchange, as those companies have strict reporting requirements from the US Securities and Exchange Commission. New data is posted every day, but as of press time, several national companies worth hundreds of millions of dollars have sizable PPP loans that were intended for small businesses.

Even though US Treasury guidelines cap PPP loans at $10 million, they also have a loophole for franchised companies that “each franchisee is limited to one PPP loan.” That’s just one of the ways that large companies are managing to dominate the PPP landscape.

The companies behind some household name brands are quietly holding on to their sizable PPP loans. The maker of Nestea, a company called New Age Beverages Corporation that’s valued by investors at nearly $140 million, walked off with a $6.8 million loan. Sotherly Hotels, a $43 million company that owns 13 Hilton, Marriott, and Hyatt hotels in southern states, is still sitting on more than $10 million in PPP loans. And do you remember RealPlayer, the online video tool that was popular before YouTube came along? Its $70 million parent company RealNetworks still has their $2.8 million PPP loan.

But the biggest manipulators of the PPP loan program are companies that most of us have never heard of, though they’re big operators in their niche industries. An employment company called Staffing 360 Solutions, which makes $500 million a year, pulled more than $19 million in PPP loans. A $143 million streaming video company called Quantum Corporation, a $69 million steel manufacturer named Universal Stainless & Alloy Products, and $23 million onshore drilling provider Independence Contract Drilling all made off with $10 million apiece in PPP loans.

Even a “legal marijuana” business got a high-value PPP loan. The $50 million company cbdMD, which makes bath bombs, tinctures, and gummies infused with the non-psychoactive cannabis chemical CBD, got $1.5 million of the PPP stash.

Ruth’s Chris Steak House and Shake Shack made headlines by returning their multi-million dollar PPP loans and probably got some nice free advertising after the initial PR blunder. It has gone less noticed that Nathan’s Famous Hot Dogs, famed for their beloved annual July 4th Hot Dog Eating Contest, also returned their $1.2 million PPP loan. The same goes for the national chain Potbelly Sandwich Shop, who gave back their $10 million loan, and the steakhouse chain J. Alexander’s, who gave their $10 million back.

But not all the big national restaurant companies served back their just desserts. The corporation that owns Fuddruckers, Luby’s, Inc., still has their $10 million PPP loan. STK Steakhouse and Kona Grill owner ONE Group Hospitality, valued at nearly $53 million, also kept their $18 million loan.

Which Big Companies Gave Their PPP Loans Back

A few more large corporations deserve recognition for voluntarily giving back their PPP loans, like US Auto Parts, who returned their $4 million loan.

In fairness, we should note that many of the publicly traded companies that received PPP loans are not “large corporations.” Some of these companies are valued at less than $1 million overall, many of them trade on obscure penny stock exchanges, and nearly one-third of them got modest loans of less than $1 million. In many cases, the PPP loans are reaching the types of businesses they were designed to.

The PPP is still a work in progress, and lawmakers and regulators continue to update the terms on how the program works. And keep in mind there are also other loan options that will put Main Street businesses before Wall Street businesses if you need to get a small business loan. 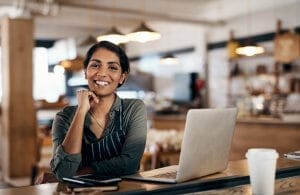 Blog
Finding a Franchise With a Great ROI