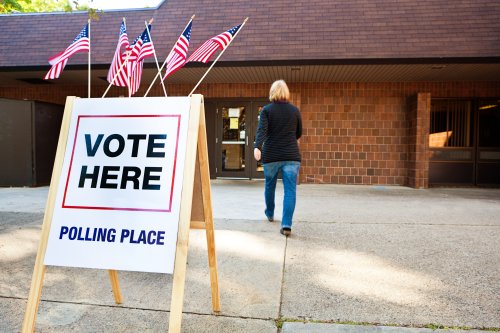 How Coronavirus Might Change Our Votes in the Next Election

COVID-19 has already put the Democratic nomination race in the backseat. Pre-coronavirus, everyone’s newsfeeds were filled with election updates. Now, infection rates steal the headlines, primaries are being postponed, and one-day-in-person voting looks likely to become a tradition that kids only read about in textbooks.

But those aren’t the only changes we’re seeing. This novel virus’s disregard for wealth, class, sex, age, and partisanship has the potential to shake up even the most stalwart Trumpians and Sanders supporters. With all the ever-changing policies, priorities, and responses, the coronavirus pandemic has the potential to change how we vote in 2020 and beyond.

From voting systems to our newly realized reliance on minimum wage essential workers, here’s how the COVID-19 crisis could shift votes forever.

Traditionally, Republicans have opposed raising the hourly federal minimum wage while Democrats have embraced the idea. However, coronavirus may unite everyone on the same page.

With state and city stay-at-home orders in place across the country, only those deemed essential workers have been given express permission (and encouragement) to leave the house and go to work every day. We’re relying on clinical workers, healthcare providers, hospital personnel, grocery workers, bus drivers, and even the pizza delivery staff to keep us all happy, healthy, and full.

COVID-19 is further stretching the incredible gap between the value that essential workers bring to our lives and the low wages most earn in return. The coronavirus has brought America face-to-face with the unsung heroes on the frontlines, and now we’re getting an unfiltered view of what it’s like to be essential and spend the day saving society to return to meager provisions and inadequate living spaces.

This new perspective is likely to turn a few votes to the side of the working-class party. Or at the least, it might influence a bit more bipartisanship compromise.

Lost Faith in a Leader

Trump’s response to battling the coronavirus has worsened the partisan divide. Republicans have been satisfied with the president’s handling of his job (85%), but only 12% of Democrats can say the same.

Trump’s impeachment trial ended just weeks before COVID-19 officially crossed into US territory, and now he’s under attack for how he’s dealing with the novel virus. The president’s #1 claim to fame was his positive impact on the American economy, but now more than 26 million have filed for unemployment (comparable only to the Great Depression).

All of Trump’s economic progress has been wiped out, and now he’s putting the pressure on governors to reopen their states’ businesses as soon as possible, despite epidemiologists dire warnings. America has seen more than 850,000 cases of the coronavirus and at least 50,000 deaths, and 1 in 8 Americans know someone with COVID-19—that’s a large percentage of the population who now have a more personal conflict with this virus.

Back in March, close to 70% of Democrats worried that someone in their family would catch the virus, compared to only about 40% of Republicans. When the number of cases and fatalities continues to grow, impacting just about everyone in the US, those who thought they would safely ride out this virus might feel lied to, and that could further diminish trust.

Those who voted Republican because they trusted the party and its leader to protect the economy, their jobs, and their health are going to be unsettled by how this has all played out by the time the election rolls around. And with decreasing faith in our leader, expect to see more on-the-fence voters take sides earlier in the 2020 election.

The Battle of the Polls

With social distancing orders likely to continue for months, governments are already debating how voting will be made possible come November. Some states already allow absentee voting, but Republicans fear that national mail-in voting will hurt their chances of reelection.

“Mail-in voting is a terrible thing,” Trump told reporters at the White House. “I think if you vote, you should go, and even the concept of early voting is not the greatest, because a lot of things happen.” The president fears voter fraud, and he also believes absentee voting would favor a more Democratic demographic.

In the past, Republicans have pushed for state efforts to impose voter identification requirements that many view as discriminatory towards minorities and poor voters.

Now, the battles have begun.

Democrats are pushing for more lenient and flexible voting systems while the Republicans generally oppose changes. When a fair electoral process (for either party) is threatened due to the partisan divide, voters may flock to the side empowering their vote rather than the side that puts their health at risk in order to participate in their patriotic duties.

It’s easy to hold values that have never been tested, but when your beliefs are put on the frontlines and your family is reliant on the check you bring home, political views are going to quickly change. Americans need money, and they need jobs to make it happen. But can we sacrifice lives to save the economy? And will lives be lost due to an economic recession?

These questions and the political responses that answer them will shape many citizens’ votes as we head into the election. Those who are participating in demonstrations to get their jobs back will favor the political party that helps them put bread on the table. Those stocked with hand sanitizer, toilet paper, and a box of masks content to stay at home until the danger is averted will favor the party that protects their health.

These immediate impacts go beyond stances on gun control, abortion, immigration, and the like—the battle of economy versus health is the paramount issue on voters’ minds right now.

While the specific change and outcome are up to speculation, one thing is for certain: change is coming. This upcoming election (and all elections to follow) will be impacted by the coronavirus, and the resulting voting impacts will likely be felt for decades to come. Hopefully, it’s for the better.