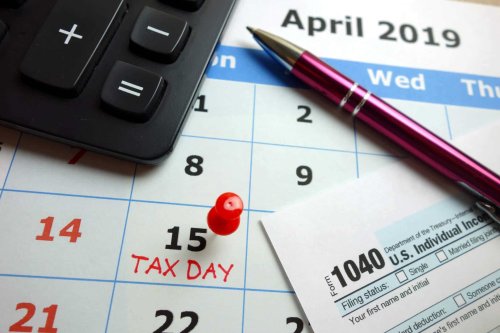 Delayed Tax Day Creeping Up in Less Than a Month

You may have forgotten that Tax Day is still looming on July 15, considering the many disasters confronting small businesses in the last few months. And there’s an unpleasant surprise in store for some businesses that will realize they owe Uncle Sam more than they would have if they’d paid on April 15.

The 3-month delay of the federal tax filing deadline brought a welcome sigh of relief when it was announced in late March. But revenue is still declining for many businesses, and nearly 40 million Americans have filed unemployment claims. Many filers still need more time and additional relief resources.

And we know that many of you haven’t filed yet. The latest IRS data says tax filings are down nearly 6% compared to this time last year—even though the deadline had already long passed this date a year ago. Despite the extra time many have had on their hands, we’re still procrastinating on filing our 2019 taxes.

So it’s time for the last-minute crunch of preparing small business taxes. Business filing is different from individual tax filing, and many small businesses pay their taxes in quarterly installments instead of a lump sum.

And that’s where the unpleasant surprise might lie. When April 15 Tax Day was delayed, The IRS also delayed the April 15 quarterly installment payment. That means when July 15 arrives, quarterly payers will face 2 payment due dates—for both their first quarter and second quarter tax payments.

That’s going to be really rough for independent contractors and 1099 employees. One tax deadline is bad enough, but 2 quarterly payments due on 1 day will be brutal for gig economy contractors who’ve lost work during the coronavirus downturn.

But could the tax filing deadline be delayed again? There’s a remote chance that it could.

Fox Business reported in late May that the National Treasury Employees Union urged President Trump to delay Tax Day again until October 15, and the president was open to the idea. That influential union of federal employees argued that Americans need more relief, and federal workplaces need more time to reopen safely.

Others are calling for there to be no Tax Day whatsoever in 2020. Yahoo Finance reports that a coalition of conservative groups is lobbying US Treasury Secretary Steve Mnuchin to delay the 2020 tax deadline all the way to 2021.

These generous, additional tax extensions are probably not going to happen, given that we are fewer than 30 days away from the deadline. Yes, you can always file for a business tax extension and kick the can again out until October 15, 2020. But your 2 quarterly payments are still due July 15, and the interest starts racking up if you don’t pay them.

So now is time to stop procrastinating, get to know the recent changes to business taxes, and start preparing your small business taxes.