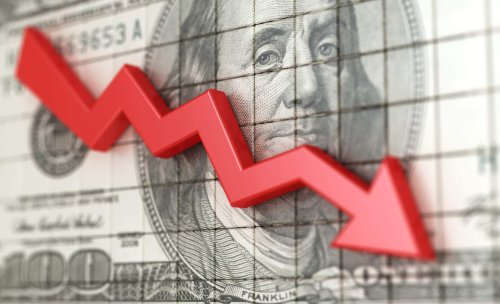 If you haven’t had your fill of depressing news, put on your stretchy Thanksgiving pants and get ready for another helping. There’s an economic concept called dynamism, and it essentially explains why our country had a stretch we might call the economy’s “good old days” and why we’re cruising in a steep, downward trajectory.

What is (Economic) Dynamism?

To better understand what’s happening in the great United States of America, you need to have a decent knowledge of the economic concept of dynamism. While there are several divergent definitions of the term floating around, one amalgamative explanation might be this: the measurement of creative destruction for businesses and jobs over distinct, but varying, groups of time. Or in simpler terms: the measurement of business birth and death rates and what it all means.

Economists and more knowledgeable folk might argue with that definition, but it’s close enough to the concept for the explanation and predictions you’ll read here.

When you think of the 1970s, your mind likely fills with images of racism, battles for Women’s Rights, anti-war movements, and the Watergate Scandal. Then, if you take all of that and toss it into a mixing bowl with the Bee Gees, bell-bottoms, and the world’s first Earth Day, you can bake yourself a pretty good representation of the era and enjoy it over discussions about the original Star Wars release. However, there’s a less-known aspect of the late 70s that we shouldn’t ignore.

Perhaps due in part to the Energy Crisis, the late 1970s could be considered the stretch of road whereon the driving force behind the US economic golden age ran out of gas. In a country where the American dream sparked the development of new businesses and incredible innovation, our motivation to create, relocate, and discover climbed into the back seat and fell asleep.

According to a report from the EIG, we’ve cut the rate of new business creation by half since the 70s, but business death has mostly remained the same. That means, every day, the gap grows between fledgling businesses and the fat, old, industry tycoons. We’re neither diversifying nor expanding. The big businesses take a massive share of the market and of the workforce—stomping out opportunities for new businesses to emerge and develop.

Contrary to what you might initially think, dynamism (the growth and death of businesses) is incredibly beneficial to our economy. As new companies come into being, it forces the old ones to adapt and compete. Competition fuels innovation and creativity. It shakes up the status quo and drives stale, out-of-date businesses into the ground so better, more adaptable ones can take their place. Yet, as time goes by, the dynamism we’d hope to see within our economy is chugging to a halt, and the most devastating recorded blow occurred back during the Great Recession.

What Happened During the Great Recession?

In that same report from the EIG, we can see that the US experienced an economic collapse so devastating that companies died at a significantly faster rate than they were created during the Great Recession. As the economy crawled desperately to recover from 2010–2014, we only produced a paltry sum of roughly 100,000 new businesses. When you compare that number to the almost half a million companies created in the much-smaller economy of 1983–1987, it paints a pretty bleak picture.

If you look at the damage caused by the last recession, you can use it to set a baseline for what we might see coming after this coronavirus (COVID-19) pandemic. As a point of reference, during the Great Recession, unemployment capped out at 9.9%. In the past few weeks, unemployment rates piled up to the 20% marker, making it the highest it’s been since 1934—that’s back in the Great Depression era, folks. So if we consider the economic impact felt then, we can bet we’re in for a bumpy ride

Since the 2008 recession marked a turning point in economic dynamism, where business deaths outpaced their births, it’s easy to assume the trend will continue but with even greater severity. Startups will likely grind to a halt, countless smaller companies will close their doors forever, and incumbent businesses will continue to tighten their grip on the market—choking the life out of the few businesses that try to fight their way upward. The sad thing is it was happening even before COVID-19 hit.

Many large businesses, like Amazon, Google, Lowes, and McDonald’s, were killing their competition well before the coronavirus crisis struck. Additionally, other wildly successful tech startups suffered massive losses and job cuts as investors pulled funding. Now, we’re experiencing the most significant economic crisis since the Great Depression. It comes as no surprise that panic and self-preservation could kill all bold new business ventures and catapult us toward a state of thralldom as we scramble to find jobs with the few companies we’re convinced can afford to keep us on payroll.

How Can We Avoid Such a Depressing Outcome?

Harkening back to the concept of dynamism, we need to embrace the creative part of creative destruction. In order to stave off that bleak future, we need to charge forward and embrace the risk. If we don’t continue to build new and diverse businesses, if we fail to innovate and adapt, the economy will crumble. The rich will keep getting richer, and the rest of us will suffer.

We need to find ways to empower and fund small businesses. We should reinforce and renew that worn-out adage of supporting your local businesses and economy (especially in rural regions). Americans everywhere should reach out to their government representatives and urge them to find ways to support entrepreneurs as they accept the risk of starting a new business. Everyone needs to shift away from the I-want-it-now mentality we’ve developed thanks to one-click shipping and same-day delivery.

It’s possible to reverse our trajectory and rebuild our economy. Even now, as we suffer under the strain of the coronavirus (COVID-19) pandemic, we can come together and build a better place to work and grow.

It won’t be easy—not at all—but it will definitely be worth it.