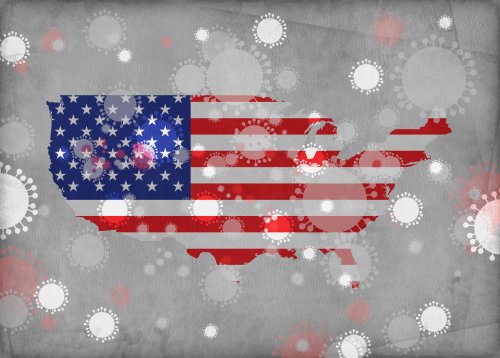 Why Are Some US States Still Not on Lockdown?

On March 19, California issued a stay-at-home order. Residents were told to only leave home for essential items and to otherwise shelter-in-place. In the weeks following, other cities and states have issued similar orders to “flatten the curve” and prevent the spread of the coronavirus.

As of this writing, South Carolina was the most recent state to issue a lockdown on April 6.

However, 8 states (Arkansas, Iowa, North Dakota, South Dakota, Oklahoma, Nebraska, Utah, and Wyoming) still do not have any lockdowns or stay-at-home orders. Let’s explore why these states are still avoiding this protective measure and how it could impact the spread of COVID-19.

States Are Letting Cities Make Their Own Orders

Missouri Governor Mike Parson was one of the last state leaders to issue a blanket stay-at-home order on April 3, 2020. However, a local NPR affiliate reported that many cities within the state had already created their own stay-at-home orders, including Kansas City, Springfield, and Columbia.

The idea behind giving cities local jurisdiction to create their own orders was to protect rural counties that the virus hasn’t hit yet. After all, if there is no case of COVID-19 in an entire county, why should it shut down?

These rural counties also tend to be more financially sensitive than their urban counterparts. Closing for a few weeks or months could be a death knell for these small businesses.

However, as we have seen in states like Florida, COVID-19 spreads quickly. Most rural areas have found out the hard way that it’s only a matter of time before it reaches their communities.

Another reason these states aren’t yet opting for lockdowns is that they think their state is as good as closed. In an interview with WAMU’s 1A, Arkansas Governor Asa Hutchinson explained that they have already closed bars, restaurants, schools, gyms, spas, barbershops, and parks.

From his perspective, creating a blanket stay-at-home order is a redundant measure that won’t have an added effect beyond the restrictions already in place.

Hutchinson’s point does have some merit. Even without a governor-issued lockdown order, people are choosing to stay home, and businesses are voluntarily shutting their doors or working remotely because of the coronavirus.

However, several public health officials have stated that stay-at-home orders are effective at keeping people inside. They provide an extra level of authority that residents might listen to and obey.

In some states, these stay-at-home orders also give law enforcement more authority to break up groups of people or prevent residents from making poor decisions that could put other residents at risk.

There May Be Political Reasons

With the primaries underway, there’s reason to believe that political elements are at play with statewide shutdowns. All 8 of the states that have yet to issue a statewide mandate have Republican governors, and many of the stragglers (like Missouri and South Carolina) also have Republican leadership.

The Republican legislature has tried to brand itself as “pro-business.” Therefore, you can imagine that these governors see the skyrocketing unemployment rates and want to avoid shutting down the state as much as possible.

Additionally, the Republican platform is based on the idea of personal responsibility—or the belief that individuals should choose what is best for their needs. As Iowa Governor Kim Reynolds said, “I can’t lock the state down. People also have to be responsible for themselves.”

However, many Republican governors have taken a different approach—some issuing lockdowns early on in the pandemic. For example, Indiana Governor Eric Holcomb issued a shelter-in-place order on March 24. Tennessee Governor Bill Lee issued a similar directive on March 30.

While there may be an underlying political element, it boils down to the governors making the final decision for their constituents.

Not All Lockdowns Are Created Equal

Even if a state has a governor-mandated lockdown order, it doesn’t mean that it will have any strength to be enforceable. The safer-at-home order by Florida Governor Ron DeSantis (effective April 1) is a perfect example of this.

His lockdown order leaves churches and religious organizations exempt—even though most churches had already switched to live-streaming services.

Additionally, DeSantis created a second executive order stating that the state’s directive “shall supersede any conflicting official action or order issued by local officials.” This directive means that cities cannot create stricter orders to protect their citizens. This measure was created despite the traditional Republican-held belief that cities should decide how to govern themselves, as cited by Missouri’s Governor Parson above.

In the case of Florida and other states like it, the statewide lockdown is more symbolic than useful for cities that have already been in lockdown in the days and weeks leading up to the governor’s actions.

Most of the country has embraced the lockdowns and stay-at-home orders as effective measures for mitigating the spread of COVID-19 and its severity on our local and national economy. For the states that are avoiding stay-at-home orders, it’s most likely because they want to protect vulnerable businesses while avoiding sweeping or alarming government declarations.

Right now, most residents are following the issued guidelines and staying at home—even if it’s not mandated. Only time will tell if these governors made the right decisions and if their states are coronavirus-free at the same pace as those who immediately put strict guidelines into place.