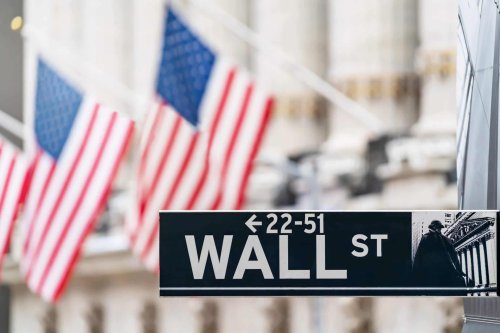 What’s in Store for the US Economy This Summer?

Fitting for a time when history seems to be accelerating at a rate never experienced in living memory, the economy has been whiplashing in unforeseen directions throughout the first half of 2020. After the stock market collapsed as the reality of the coronavirus pandemic dawned on the nation’s consciousness in March, the Dow Jones later sprinted toward pre-virus levels even as unemployment numbers reached peaks not seen since the Great Depression.

Now the country faces the controversial question of how to reopen and whether a future that resembles the past is even possible. Is COVID-19, the respiratory disease caused by coronavirus, trending down to manageable levels, or will the US be rocked by a second wave of infection? Has the first wave even finished?

While we’re living on a new pinnacle of uncertainty, in some ways, the broad strokes of our situation have been predicted by economists in recent years. Since at least 2018, a vocal contingent of economists has said that the expansion of the US economy, which was enjoying its longest-ever period of growth, would be ended by some major event.

In June, the National Bureau of Economic Research, the group that tracks recessions, officially announced that the US economy entered recession in February.

However, there is hope that if the economy slowly reopens and COVID-19 cases nationwide stay relatively flat, this recession could be short-lived. While unemployment numbers are still grim, they have been slowing week to week. On top of this, the stock market has come back to late-2010s levels after dropping severely in late March, when the Dow Jones hit 18,592 points. The Dow has been over 25,000 points since the end of May.

Economists now wonder if we will come to see this recession as shaped like the letter V, meaning the economy will come back throughout the summer. Still, beyond the most optimistic forecasters—including President Donald Trump—most do not believe the economy can fully recover within a few months.

“So the economy may experience a V-shaped bounce, but it could be an incomplete one; unemployment might fall more but still remain unacceptably high, then begin a slow descent more characteristic of a U-shaped recession,” Noah Smith wrote in Bloomberg.

Therefore, small business owners should prepare for weak economic growth to continue throughout the summer—and that’s assuming that coronavirus won’t spike, causing society to debate if it can or will close down once again.

“Until the public is confident that the disease is contained, a full recovery is unlikely,” Jerome Powell, the Chairman of the Federal Reserve, said in Senate testimony in June.

In recent weeks, Trump has pointed at slower unemployment increases and the rising stock market as evidence that the economy is roaring back. Obviously, his reelection success will probably rely heavily on the strength of the economy throughout the summer and into the autumn months.

“The stock market went through the roof,” Trump said during a press event in June. “These good numbers, they drove it up to a level that we’re almost at the same level, hard to believe.”

Throughout the first 3 years of his term, the stock market hit new highs and unemployment saw new lows, only to be completely undone within a few weeks. Even if the economy is on the rebound, it is unlikely that the current turmoil everyone senses will disappear in just a few weeks.

During the depth of the pandemic in late March, the federal government passed the Coronavirus Aid, Relief, and Economic Security (CARES) Act, which set aside some $2 trillion to keep the overall economy afloat during the public health emergency.

Part of the act set aside billions of dollars in forgivable Paycheck Protection Program (PPP) loans for small businesses, but the relief provided by these loans will wear thin as the summer goes on.

“I think the next big market mover is going to be the realization that the PPP program actually had an enormous impact,” George Ball, the CEO of firm Sanders Morris Harris, said to Yahoo Finance. “It worked. It kept the patient alive. But the half-life of the forgivable loans to small businesses comes up pretty soon, comes up mid-July to August.”

“That may well mean there will be a round of layoffs of people who were kept on the job or not furloughed because of the PPP program who are laid off when it comes to an end,” Ball continued. “So I think the next signals have to be a worrisome one rather than a positive one.”

For small business owners, the only thing that is clear about the economic outlook through the summer is that the recovery will probably be prolonged, so it is important to prepare in any way you can.