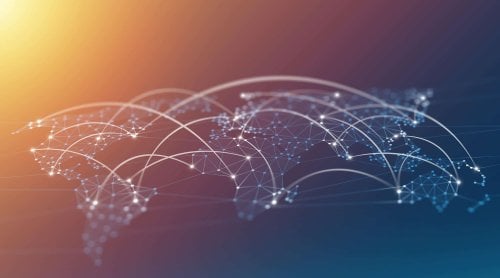 It Will Take More Than a Virus to Stop Globalization

“It’s a small world after all” is not just the refrain from the classic Disney ride but also a guiding principle of the way the world works today. The computer or smartphone you’re reading this article on was assembled in China, then shipped to California, before it made its way to your local store. If that phone’s an iPhone, Apple posts a 33-page list of suppliers from more than 10 countries, including China, Germany, Japan, Malaysia, Costa Rica, and Brazil.

That’s globalization at work. The term refers to a wide variety of political, social, and economic forces, but it boils down to a growing interconnectedness and mobility between people and goods across borders.

In many ways, the election of Donald Trump—and his “America First” rhetoric—to the office of the American presidency served as a referendum against societal upheaval and change from the ‘00s—but none more so than globalization.

Globalization Was an Unstoppable Force—Until COVID-19

With globalization, every firm can specialize in exactly what they’re best at, optimizing each dime and dollar with the power of a distributed labor force in under-regulated and underpaid countries. Why pay American workers $15 an hour when you could pay workers in China, Mexico, or India $5?

Manufacturing is only part of the story. Globalization allows companies to maximize their profits at every stage in their supply chain, whether that’s accessing top talent from other nations remotely, shifting production to a market with cheaper labor, or designating their headquarters in a country with favorable tax codes. (There’s a reason why every major corporation has offices in Ireland.)

Modern business practices have accelerated a centuries-old trend of international trade as old as the Silk Road. This digitally-driven era of globalization, beginning after World War II, created tremendous economic growth and prosperity—but only for some. Changing business practices leave the average American, particularly small business owners, in the dust.

The ramifications of a disease with no cure and no vaccine—one that spreads rapidly from person-to-person, sometimes with no noticeable symptoms—ground the economy to a halt. Countries closed their borders, and everyone stayed home, causing what Harvard Business Review called “the largest and fastest decline in international flows in modern history.”

The Global Economic Impact of COVID-19

The World Trade Organization forecasts a 13–32% drop in trade, a 30–40% drop in foreign direct investment (FDI), and a 44–80% drop in international airline passengers this year. “The unavoidable declines in trade and output will have painful consequences for households and businesses, on top of the human suffering caused by the disease itself,” said WTO Director-General Roberto Azevedo in a press release.

Foreign direct investment also fell 38% during the Great Recession in 2008—both may be more of a symptom of the economic fallout from the virus, rather than undoing globalization completely. A drop in trade or FDI alone doesn’t mean markets suddenly disconnect.

Let’s return to Apple, often lauded as one of the best supply chains in the world. The WTO predicts that trade will more dramatically impact more complex supply chains like those in the electronics and automotive sectors.

Does this mean an end to globalization? Hardly.

Globalization Isn’t Dying, But It Is Changing

Globalization as we know it will never be the same. It’s a catch-all term that often is used as a shortcut for the status quo of American dominance in economic policy, international law, and trade. The pandemic has drawn attention to geopolitical trends already in progress: China’s rise, the return to nation-states over models of regionalism, and the explosion of populism and isolationism.

“Hypernationalist leaders across the globe seem determined to ignore the awareness of interdependence that was—in the last century—drummed into our minds at a nearly unbearable cost,” says Madeleine Albright in Time. “Instead of highlighting the need for global teamwork, the doctrine of ‘every nation for itself’ has taken hold on matters involving oil prices, trade, refugees, climate change, the regulation of communications technology, and more.“

Interconnectedness plays a crucial role in economic recovery. More connected countries have stronger potential for faster economic growth and stronger healthcare systems. “Keeping markets open and predictable, as well as fostering a more generally favorable business environment, will be critical to spur the renewed investment we will need. And if countries work together, we will see a much faster recovery than if each country acts alone,” Roberto Azevedo added in the WTO press release.

If the pandemic has proven one thing, it’s that technology can support connection even if there is physical separation, through the increase in remote work, e-commerce, and video conferencing. Zoom, the app even your grandmother can use, grew 78% year-over-year in Q1 of 2020 and expects $1.7 billion in revenue for the following fiscal year, powering birthday parties, happy hours, workouts, and corporate meetings.

We Have a Choice to Cooperate or Isolate

International cooperation and connectedness transcend any one crisis. Globalization is more than economic dependency—it’s a sense that we’re all in this together.

“At any given moment, the world is either moving forward to cooperation, trade, and peace, or regressing toward protectionism, isolation, and conflict,” writes David Frum in The Atlantic. “We have experienced cooperation and know its benefits. We have experienced isolationism and have suffered its miseries. The circumstance may change. The choice does not. Let’s choose wisely.”

Because if we want it to remain a small world after all, we’ll need to trust and rely on one another. That’s globalization at work.