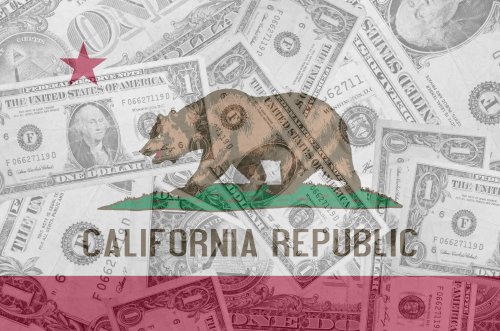 Can a Wrecked California Economy Bounce Back From COVID-19?

The state of California has long bragged about having the world’s 5th-largest economy, with economic output greater than that of the entire United Kingdom and a Gross Domestic Product higher than 25 other US states combined. But that fortune essentially evaporated overnight amid the sudden economic devastation of the coronavirus pandemic.

California has long been the American economic trendsetter, a state that leads the country in output and is an overall economic bellwether for the rest of the US. But right now, the winds in California are blowing in the wrong direction, indicating the broader economic recovery from COVID-19 might be a much longer and harder slog than anticipated.

The New York Times dug into the state’s current dismal finances and found that California is in an “economic free fall.”  The state’s budget has badly boomeranged from a gaudy $7 billion surplus at the end of last year to a staggering $54 billion deficit now. Its record low unemployment rate of 3.9% in January has increased 5-fold to 20% in just a few months as ongoing lockdown orders have the state’s previously-booming economy in critical condition.

Shutting Down California Was the Right Call

California was the first state to shut down on March 19, a decision that many other states quickly followed. That decision probably saved many lives.

In the early days of the pandemic hitting American shores, California looked like it would be the epicenter of the crisis with several of the infamous infected cruise ships docked at its ports. And indeed, California’s current COVID-19 fatalities represent a grim number—nearly 5,000 deaths.

But that’s only 4% of the total number of overall American deaths from coronavirus. Considering California comprises 12% of the overall US population, the early shutdown seems to have worked in keeping fatality rates well below the national average.

But the economic pain has been significant. California’s unemployment rate is estimated at 20%—numbers reminiscent of the Great Depression⁠—while the national unemployment was most recently tabbed at 13.3%. The Times estimates that Los Angeles is currently experiencing 24% unemployment.

The California Economy is Going Two Directions at Once

The big California-based tech companies have been letting their employees work from home, and a few tech companies like Apple, Facebook, and Google have seen their revenues increase during the shelter-in-place period where people don’t have much to do except cruise the internet. But that won’t be enough to offset staggering losses in other components of California’s highly diversified economy.

Much of the California economy is decidedly not high tech. California’s enormous swaths of farmland produce far more food than any other state. The state’s vast system of coastal shipping ports has seen shipments go down by 15%. That may seem like a pretty small decline compared to some other harrowing COVID-19 economic statistics, but it carries enormous ripple effects for the nationwide trucking industry.

Convention and conference travel are a huge part of the state’s $145 billion tourism economy. (Even Florida is a distant second place to California in tourism.) We still don’t know when companies will start scheduling in-person conventions again, but even when they do, social distancing will require them to be far smaller events that bring in substantially less revenue.

Leisure travel will probably begin to trickle back this summer, but that hasn’t started yet. With a reopening date of June 10, Yosemite National Park endured more than 2 months of full closure. Disneyland still has not set a reopening date. The tepid return of tourism means California’s recovery will be slow and protracted, not the sudden boom we’d originally hoped for when reopening the economy.

Only a tiny percentage of the state’s hotel rooms are occupied, and even those are only occupied by outpatients and quarantined medical staff in rooms paid for by the government. Previously flush state and city coffers are suddenly racking up tons more debt with far less taxable revenue pouring in from consumer spending.

California cities usually get about $12 billion in tax revenue from tourism, but that stream is now effectively gone. Tourism has so many positive ripple effects into different sectors of the California economy that the state simply will not be able to recover until tourists start visiting again.

“I don’t see California having a full recovery until the tourism and hospitality industry is able to come back online,” president of the state tourism bureau, Visit California, told the New York Times.

Things may get much worse for California before they get better. The state is on pins and needles going into the costly annual catastrophes known as wildfire season, and the intersection of coronavirus and wildfires will put unprecedented new demands on the state budget and economy. Other additional weather disasters could loom, too. The state’s powerful economy will eventually rebound, though, as California businesses will come together—even if they’re standing 6 feet apart and wearing face masks.