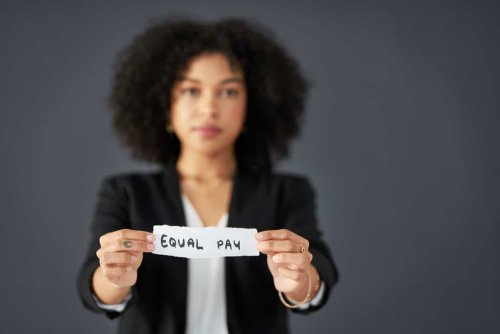 Get to Know Equal Pay Day

Women—especially women of color—are paid much less than their male counterparts. To help raise awareness of this disparity, the National Committee on Pay Equity (NCPE) started Equal Pay Day in 1996.

Equal Pay Day symbolizes how many extra days on average a woman needs to work to reach the same pay as men from the previous year.

Wednesday, March 24, 2021, was the most recent Equal Pay Day, which signified how far into this year women—earning 82.3% of men’s pay—needed to work to match the average man’s 2020 annual pay.

Equal Pay Day is used to raise awareness and fight against pay discrimination and disparity. Here are a few important notes to consider about this important event.

There Are Multiple Equal Pay Days

March 24 was the Equal Pay Day for women as a whole. However, there are multiple equal pay days throughout the year that further reflect gender and racial pay discrimination in the workplace.

Below are some of the other Equal Pay Days this year:

These disparities reflect how women of color are disproportionately discriminated against in their pay rates. Latinas typically make 55 cents for every dollar that white men make, meaning they earn almost half of what their majority counterparts take home.

While Equal Pay Day is focused on female pay rates and representation, men are also affected by their skin color and ethnicity when it comes to fair pay. Men of color, especially Black men, Hispanic men, and American Indigenous men, often earn less than their white male counterparts.

Like women, these men are less likely to be promoted and face greater pay discrepancies in higher roles. Pay equity efforts that protect women, therefore, can help all genders and people of color.

Advocates Are Lobbying for Pay Transparency

While there is no immediate solution for addressing the gender wage gap, advocates are calling on employers to increase pay transparency and implement systems where employees can discuss their salaries freely.

Often, employees think it’s rude (or even illegal) to discuss their salaries. This is often because people in similar roles have drastically different pay.

However, when companies standardize pay and make it transparent, employees can speak freely because they know what their colleagues earn. When an employee gets a promotion, they already know the raise that comes with it.

“[T]here are a lot of barriers to entry to actually having an open and honest conversation about pay,” says Sudarshan Sampath at PayScale. Pay transparency works to break down some of these barriers.

If your company prioritizes equity and highlights it as a core value, then consider how you can take steps to improve pay parity within your business. Your equity and inclusion practices don’t end in your hiring process: they also need to be part of your accounting practices, company culture, and promotion guidelines. By taking steps toward pay parity, you can truly live your core values and help remove the need for Equal Pay Day in the future.