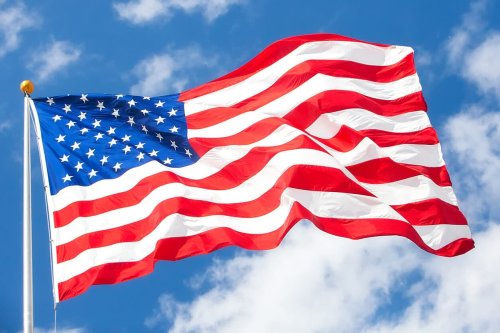 The US Congress has been debating another COVID-19 economic stimulus bill for months. But for all of that talk, they have incredibly little progress to show for it. And now, with the 2020 election just around the corner and the Senate seemingly far more concerned with confirming a new Supreme Court justice, each passing day makes it look more and more likely that there just won’t be another new stimulus package passed anytime in the foreseeable future.

Sure, there is still a tiny glimmer of hope for a deal—but it’s the same tiny glimmer we’ve been looking at for months. The House of Representatives passed their $3 trillion HEROES Act bill way back in May, but the Senate has refused to vote on it. Speaker Nancy Pelosi is negotiating directly with Treasury Secretary Steve Mnuchin on a possible compromise that President Trump would approve, according to CNBC. Meanwhile, the Senate failed to pass their very different so-called “skinny” $500 billion measure. There is consensus on both sides to approve another round of Paycheck Protection Program (PPP) loans, but leaders are far apart on a renewed batch of $1,200 stimulus checks and additional support for state and local governments.

But state and local governments across the country, as well as small business advocacy groups, are coming to the rescue with their own grant and loan programs as the federal stimulus continues to sputter. These don’t apply to every single struggling small business owner out there—program availability depends on where you live. But here’s a look at some of the state and local stimulus programs that are filling the gap that Congress can’t seem to address.

The US Small Business Administration (SBA) is stepping up while the federal government dithers. The SBA is continuing its State Trade Expansion Program (STEP) grants, which are generally handed out by state and local governments. These are not the same as the new SBA COVID-19 disaster loans. They’re grants, so you don’t have to pay the money back, and this program intended for businesses that may export goods or services to other countries has been around for nearly 10 years.

“STEP, or the State Trade Expansion Program, is a US Small Business Administration grant program that has assisted thousands of small businesses with getting grants and finding customers in the international marketplace since 2011,” the SBA explains. “Through awards to states and US territories, STEP is helping small businesses learn how to export, obtain services to support foreign market entry, develop websites to attract foreign buyers, design international marketing products or campaigns, and participate in foreign trade missions.”

And lately, the SBA has been handing out these grants quite frequently on a state basis. Just this month, Vermont just got $300,000 in STEP grants to distribute, Utah was awarded $641,000, Ohio received nearly $872,000, and New Jersey businesses will get more than $1 million in these grants.

These numbers are nowhere near the trillion-dollar stimulus deals we’ve seen from the federal government. But Congress has not authorized another one of those stimulus packages in months, whereas the SBA has been handing out STEP grants on a regular basis for years. You can apply for a STEP grant here, though your state needs to be participating in the program.

A whole bunch of individual states are frankly picking up the slack as their leaders give up hope on a new Congressional stimulus. In particular, Gov. Larry Hogan of Maryland just rearranged that state’s budget to provide $250 million in grants and loans to Maryland small businesses, according to the Washington Post. The Post reports that the funds will go to “restaurants, small businesses, closed entertainment venues, and struggling arts organizations.”

“It’s a desperate situation,” Hogan told the Post. “Many businesses . . . they’re hanging on by a thread. They may not make it another month or two.”

In Illinois, where increasing case counts are forcing another set of renewed restrictions and business closures, the state is coming through with a big grant package of $220 million, according to ABC 7 Chicago. It makes a great deal of sense for governments to support businesses when forcing them to close, and these grants of up to $20,000 are the right medicine for COVID-19 shutdowns.

Up in Vermont, WCAX reports that state officials are set to announce another $76 million in small business grants, as that state’s tourism bureau is limiting out-of-state visitors for the normally lucrative fall foliage season. In neighboring Massachusetts, Gov. Charlie Baker announced $50.8 million in grants for small businesses to be administered by the Massachusetts Growth Capital Corporation, according to WCVB, with an application process that will be open until November 12.

Nevada, which has been particularly hard-hit because of the loss of tourism, also bumped up their small business grant program from $20 million to $40 million, News 3 Las Vegas reports, “offering businesses up to $20,000 for nonprofits, arts and culture organizations and small businesses.”

County and local governments are stepping up, too. The city of San Antonio, TX, is handing out $15,000 grants to their qualifying small businesses, three Hawaiian islands are offering direct payments of up to $25,000 to their local businesses, and Salesforce is offering $2 million in grants to San Francisco businesses after canceling their annual Dreamforce conference.

Since Congress can’t seem to deliver the support that small businesses nationwide need, the only path to another stimulus is for you to vote. It’s not just the presidential election that matters here—these programs show how your state and local officials can play a role in helping small businesses survive. So your governor’s elections, mayor’s elections, and even county supervisor races are critically important to the small business economy where you live. They say all politics is local, but in this case, the only coronavirus relief your business gets may be local, too.