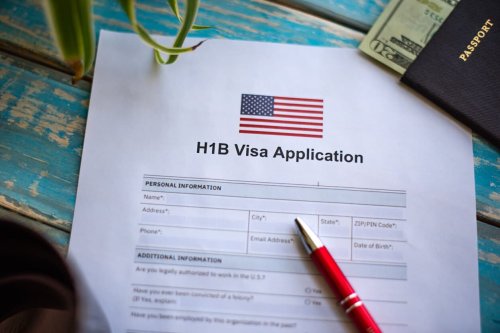 One of President Trump’s final lasting imprints on the US workforce was set to be an overhaul of the foreign worker visa program known as the H-1B visa, a long-standing system issuing temporary work permits to move to the US from abroad to fill business employment needs. Trump’s revisions to the program would have slashed the number of H-1B visas by dramatically raising the minimum salary for which a foreign worker could qualify for one. The administration hoped this would limit the number of international workers coming into the country, which they then hoped would open more jobs for American workers.

Tech startups hated the idea, with the Wall Street Journal saying they felt it would “hamstring their ability to recruit top-tier talent to grow their businesses.” But tech startups don’t have to worry about these volatile new changes—for now, at least.

A US District Court judge in California just struck down the H-1B changes before they even took effect. District Judge Jeffrey White ruled that the government did not provide adequate public notice and dismissed the government’s argument that the strict new rules would help boost the economy from the COVID-19 recession.

Trump’s new H-1B visa rules would have affected a broad spectrum of small businesses and their employees—even businesses without any employees from abroad. About 1/3 of all H-1B applications would be denied under the new framework, and severe layoffs of H-1B workers would have been likely.

The H-1B visa program allows foreign workers to stay in the US if they’re hired for a job in a specialized field, typically requiring a college degree. These allow a sort of temporary US citizenship for 3 years, which can be extended to 6 years. The worker is, of course, paying taxes this whole time.

The industries that use the largest numbers of H-1B employees and would be most affected by the new rules are the engineering, medicine, and technology sectors. Most H-1B workers are from either China or India, which stands to reason, as those are the 2 most populous nations on earth. A Pew Research Center study found that H-1B workers in America are located almost entirely in the 3 dozen largest US cities.

Changes to the H-1B Visa Program

Trump’s changes would have drastically increased the minimum salary necessary to qualify for an H-1B visa. As The Hustle explains, this would have meant instant mandatory pay raises of  $40,000 or $50,000 to keep certain employees. Most businesses cannot pay such exorbitant raises and would have to let the employee go. New H-1B employees would be legally required to have garish salaries compared to their US counterparts.

The Trump administration had already signed an executive order in June freezing all H-1B visas, as well as many other types of international work visas. So not many of these visas have been issued in the last 6 months anyway, and the Trump visa ban remains in effect until December 31, 2020.

The US Chamber of Commerce led a lawsuit against all these changes and prevailed in that case on December 1. The Trump administration cited an emergency circumstance exemption to implement new rules without a 30-day public review. But the judge felt the emergency circumstance claim was implausible, considering we are many months into the pandemic, and the administration had not asked for such an exemption in the time prior.

The H-1B visa landscape has been effectively frozen since mid-2020, and that’s not going to change in the remainder of the year. But this legal ruling establishes that H-1B visas won’t be issued again until the Joe Biden administration is sworn in. And things are going to look different then.

What’s Next for H-1B Visas

Can Trump appeal this case all the way to the Supreme Court? This legal ruling came from a US District Court, which is a few notches below the US Supreme Court. While Trump does have a new, more conservative Supreme Court in place, it seems unlikely this case would be one of his primary legal challenges.

The incoming Biden administration has generally said they would reverse Trump’s restrictions, but they’ve offered little detail on specifics. Critics wonder if Biden’s friendly attitude toward tech industry lobbyists could favor Wall Street over Main Street.  Either way, any small business that does business with tech or medical companies will want to keep an eye on what happens with H-1B visas.