Von Sydow’s Moving and Storage, Inc., a family-owned and operated business, is one of the oldest moving companies in the state of Illinois. Since 1888 and for five generations, they’ve moved families and companies everywhere.

Unfortunately, economic downturns spare no one.

A once great, decade-long relationship with a bank turned sour in 2008 when the economical storm hit and most people could no longer afford the services of a moving company. Von Sydow’s revenue declined and so did the relationship with their bank. “It was like they didn’t know who we were,” says Judy Von Sydow, owner.

Von Sydow’s looked to Lendio because banks did not want to provide lending to small businesses at the time.

“A bank loves you coming through the door when they are trying to get your business,” says Judy. “But when the economical storm hit, banks didn’t want to lend to small businesses that were struggling and they didn’t want to give credit lines. Banks only wanted to lend to profitable businesses.” 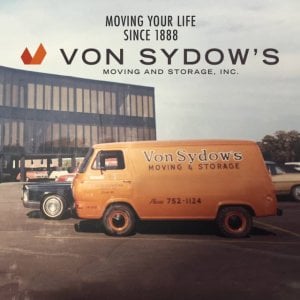 It’s why small businesses such as Von Sydow’s reached out to Lendio to continue operating their business. In the long run it was worth it to keep their doors open and continue to provide a living for many employees. 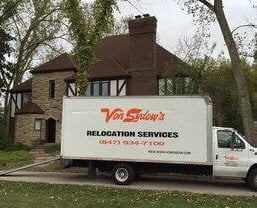 storm hit in 2008, this was the worst recession in 81 years and banks didn’t know how to handle or support their existing customers. We saw many of our friends who were business owners, banking at the same bank, that had to close their doors.”

Von Sydow’s used the funds from Lendio for operating capital which helped this established business get through difficult times.

“Choosing Lendio was an easy decision,” says Judy. “There was no hassle and it was a done deal with funding in less than 3 days at an affordable rate.”

Judy’s advice for fellow small business owners, whether they’re just starting out or have been operating for generations? “Save for a rainy day. There’s always expected financial surprises in running a small business.”

Illinois ranks No. 10 on Lendio’s 2018 Top 10 Best States for Small Business Lending. Learn more about why the Prairie State is such a thriving hub for small business.

Milan is a digital marketer with a passion for the written word. With a background in journalism, his focus is to always discover the right story to align with big-picture objectives. Outside of his day job, you'll find Milan enjoying the beautiful PNW with a crisp craft beer in hand, improving his photography skills, or indulging in the Seattle music scene. Milan has a B.A. in Journalism from Temple University and is a regular contributor to Lendio News.