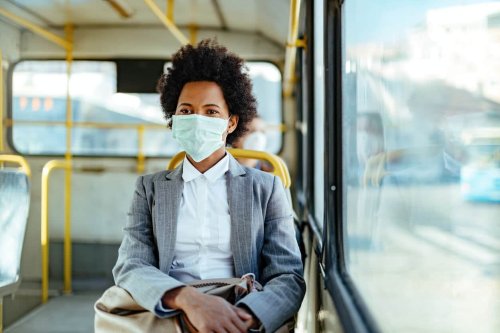 How Black Workers Have Been Impacted by the Pandemic

COVID-19 has cut a path of destruction that extends in every direction. In addition to millions of confirmed US cases and deaths in the hundreds of thousands, businesses and livelihoods have been decimated.

However, some segments of the population are more affected by the pandemic than others. And Black workers appear to bear the brunt of COVID-19’s wrath on several levels.

Roughly 42% of the labor force is working from home on a full-time basis, according to research from Stanford. But these workers aren’t likely to be Black.

“Black employees have received an inordinate amount of the pain caused by the pandemic due to the fact that they are likely to be among those considered essential workers, such as supermarket and medical professionals, and least likely to be among those workers who were able to continue doing their jobs from the safety of their homes,” says Ken Eulo, founding partner at Smith & Eulo Law Firm in Orlando, FL.

He’s right. Black workers are also more likely to be overrepresented in occupations with an increased chance of contracting COVID-19, according to data from the US Bureau of Labor Statistics.

And so, while the general public is being instructed to stay at home and only venture out when necessary to reduce their chances of infection, many Black workers don’t have the liberty of heeding public health guidelines since their very jobs make it necessary to not only venture out but marinate in potentially-infectious environments.

It’s hard to put a dollar amount on how much workers should be paid to work on the front lines. But according to the US Bureau of Labor Statistics, the median hourly wage for cashiers is $11.37 an hour. Childcare workers earn $11.65 an hour. Home health and personal care aides make $12.15 an hour.

At the same time that Black workers are more likely to be in frontline jobs, other Black workers are more likely to be unemployed due to the pandemic. The Bureau of Labor Statistics reports that in October 2020, the unemployment rate declined for the first 6 consecutive months of the year. However, for Blacks, the rate was 10.8%. This compares to 8.8% for Hispanics, 7.6% for Asians, 6.0% for whites.

For working mothers, working—or finding work—is compounded by the conundrum of childcare. One Pew Research Center study reveals that in September 2020, 67.4% of unpartnered mothers with children under the age of 18 were employed compared to 76.1% in September 2019.  However, when analyzing that statistic by race, there was a 10-point decline in unpartnered Black and Hispanic mothers in the workplace compared to last year. For unpartnered white mothers, the decline was only 6 points.

According to UC Census Bureau data, 26.4% of Black households are headed by a single woman. With schools and day care centers closed (although Black women make up a significant percentage of day care workers), unpartnered Black mothers face the dilemma of what to do with their children while at work.

For those who can’t find childcare, working is no longer an option. And the inability to work opens another can of worms.

“The recession that has been caused by this pandemic is being referred to as the She-session because women are being hit the hardest when it comes to job loss,” says Dr. Carey Yazeed, a small business strategist and one of the authors of the anthology, Shut’em Down: Black Women, Racism and Corporate America.

“America has a long history of not treating minority workers, especially Black women, fairly,” Yazeed says. “This is evident in the pay gap that exists between Black women and their white male counterparts, with Black women having to work 18 months in the workforce just to make the same salary that their white male counterpart makes only working 12 months,” she explains. “When we throw in a pandemic, we move from lower pay to no pay at all.”

For Black workers on the front line, safety is a temporary condition that can change at a moment’s notice. They’re often subjected to consumers who blatantly refuse to wear a mask—often in violation of store guidelines. Others wear their masks below the nose area, even though half-masking defeats the purpose of wearing one. And then there are careless shoppers who refuse to maintain social distancing guidelines.

There have been numerous news stories about consumers who became irate or violent when asked to wear a mask, leading many companies to relax their mask policies. In other words, wearing a mask to “enter” the store means, apparently, consumers can take it off or pull it down after they’re inside the establishment.

Granted, cultivating adaptability is important for business longevity, but while this lax policy may appease consumers, it increases the risk of transmission for frontline Black workers.

“These employment risk factors are compounded by a severe health coverage gap in the Black community that prevents many workers who may be infected from accessing the treatment they needed to recover and not spread the virus,” says Eulo.

According to data from the Centers for Disease Control and Prevention, racial and ethnic minority groups are less likely to have health insurance than non-Hispanic whites. They’re also less likely to even seek healthcare services for a variety of reasons, including the absence of transportation to a service provider, the lack of childcare during the visit, and reduced ability to take time off from work to seek medical attention. That’s because they often don’t have sick days or enough money in savings to take unpaid time off.

The same CDC survey found that 27% of Black adults personally knew someone who had either been hospitalized or died from COVID (compared to 13% each of White and Hispanic adults).

In essence, it’s possible that Black workers on the front lines out of financial necessity are creating a vicious cycle of being infected by the public, taking the virus home to their loved ones, rinse and repeat. And without some type of intervention designed to support employees of color and create a more equitable workforce, this cycle isn’t likely to be broken any time soon.