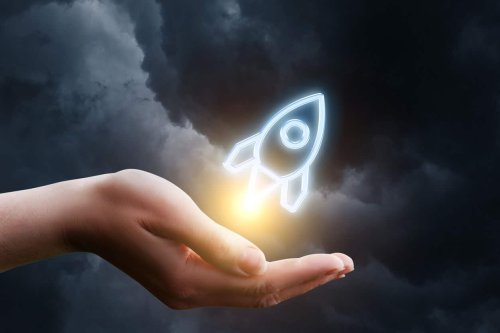 And what it means for today’s entrepreneurs and small business owners.

Small business growth creates a powerful positive feedback loop of new jobs, higher wages, and more consumer spending that propels the economy like rocket fuel. America’s recovery from the Great Recession of 2008 is a solid example of this snowball effect in action.

In the aftermath of the recession, unemployment peaked at 10%. It was hard to find a job—businesses weren’t hiring—but, there was a silver lining. “The Great Recession caused many businesses to close their doors or file for bankruptcy protection, but the rapid rise in unemployment also drove an increase in entrepreneurship,” said Robert W. Fairlie, professor and chair of the Economics Department at the University of California, Santa Cruz.

Unlikely entrepreneurs felt pressed into starting new businesses, driven by the lack of other employment options. With nowhere to turn for a job, many people simply struck out on their own, and the new businesses they created became the foundation of the country’s economic comeback. 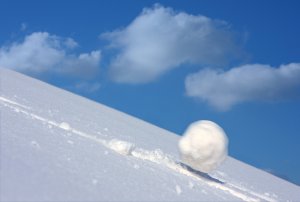 Slowly but surely, these new businesses began to grow. Neighborhood by neighborhood, city by city, and state by state, they provided new jobs to others who desperately needed them. Some unicorn companies like AirBnB and Uber were born out of the recession, and have now become household names. As more people became employed, more people built discretionary income to spend or invest. Entrepreneurial types started more businesses, and the cycle continued.

Today, we are in the midst of an economic boom. But the power of entrepreneurship and the small business growth snowball is still having an important impact. Instead of a desperate lack of opportunity, there is a competitive business environment where innovation thrives. “Entrepreneurship is infiltrating large portions of the U.S. economy, even in industries that do not typically see significant new business activity,” said Fairlie. “It [is] hard to avoid the conclusion that the United States is enjoying a veritable entrepreneurial revolution.”

It seems many small businesses started in the immediate aftermath of the recession were born out of shortages, joblessness, and maybe even a bit of desperation. Now, entrepreneurial motivation is driven more by competitive innovation in an environment of plenty. In both cases, small business growth has a direct and profound impact on unemployment numbers and job growth in America.

As usual, opinions differ on exactly where the economy is headed in the next decade. Some believe that record-low unemployment has historically signaled an oncoming recession. Others believe that legislators can keep unemployment at bay by passing key measures, like the JOBS Act 3.0 that eliminate unnecessary regulations and roadblocks to access to growth capital.

Whatever the future holds, it is clear that small business owners and entrepreneurs have an unprecedented opportunity to take advantage of the snowball that has been building since the recession. There has never been a better time to hire employees, open a second location, purchase more inventory, or proactively take your business to the next level. The compound effect of small business successes is what drives the economy, and job growth, to new heights.