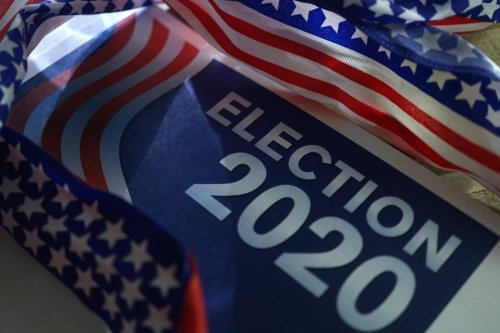 What If A Candidate Rejects the Presidential Election Results?

But if 2016 taught us anything, it’s to avoid presidential election predictions. Yet we can predict that the post-election period will be contentious if President Trump loses, based on Trump’s own words when asked by a reporter if he’d commit to a peaceful transition if he lost.

“Well, we’re going to have to see what happens. You know that,” Trump said. “I’ve been complaining very strongly about the ballots. And the ballots are a disaster.”

It’s more than a little ominous that he would not give the standard, boilerplate answer there.

But for their part, the Democrats are also preparing a “war room” to wage legal challenges if they’re skeptical of the results, according to the New York Times. And a Politico poll found that 66% of voters don’t expect to know the winner on Election Night, so this COVID-19 presidential election is shaping up for weeks or months of post-election maneuvering.

The Atlantic presents a number of these nightmare post-election scenarios in a lengthy “What if Trump refuses to concede?” analysis that also points out Trump may not be the only troublemaker after the election. Their breakdown concluded that not just 2—but 3—different candidates could show up on Inauguration Day expecting to be sworn in, each of them claiming a legal right to the office, even if Joe Biden wins the presidency in a “legally unambiguous” Electoral College victory.

When Will We Know Who Won the Election?

The slowing down of the mail delivery is a real issue and will almost certainly affect the delivery, return, and counting of mail-in ballots. Vote-by-mail has traditionally not favored either party, but this year, many media reports say that Democratic voters have requested mail-in ballots in substantially higher numbers.

That’s why The Atlantic predicts a post-Election Night “blue shift,” that is, “that Trump will jump ahead on Election Night, based on in-person returns, but his lead will slowly give way to a Biden victory as mail-in votes are tabulated.”

But that prediction ignores the fact that some states actually count mail-in and absentee votes early, and their totals may well be known on Election Night. That means the predicted “blue shift” to Biden after November 3 could instead end up manifesting as a “red shift” favoring Trump.

This scenario is possible because America has 50 different voting systems, and each state varies. National Council of State Legislators has a handy list of which states count their mail-in ballots early, and we can assess the 8 states widely considered swing states to determine whether they might be able to count all their ballots and declare a winner on Election Night:

In other words, just over half of the swing states start counting mail-in and absentee ballots well in advance and could declare a winner on Election Night. Yet that may not solve anything.

Why Mail-In Ballots Could Be Thrown Out

There’s already absentee and mail-in ballot trouble in a number of states. In Pennsylvania, election officials are warning about an issue with “naked ballots,” or those not returned in the required double-envelope, which they say could “be the subject of significant post-election legal controversy, the likes of which we have not seen since Florida in 2000.”

There may be similar battles in every swing state over voter rolls, voter ID, mail-in ballot postmark dates, and more. These will likely become prominent in a contested election. Out-of-context news reports and misleading viral videos from either side could make the public question legitimate results. Some of these matters could make it to the Supreme Court, whose makeup is obviously enormously controversial at the moment as well.

Other methods of contesting the election don’t even require the courts.

There Are Really 4 Election Days

We think of November 3 as Election Day. But the Constitution requires 3 more elections to verify the result. These additional elections are usually perfunctory, rubber-stamp matters handled quietly in statehouses and Congress, and last up until the Inauguration.

The Atlantic refers to this period between Election Day and Inauguration Day as the Interregnum, “the interval from Election Day to the next president’s swearing-in.”

“The Interregnum comprises 79 days, carefully bounded by law,” The Atlantic explains. “Among them are ‘the 1st Monday after the 2nd Wednesday in December,’ this year December 14, when the electors meet in all 50 states and the District of Columbia to cast their ballots for president; ‘the 3rd day of January,’ when the newly elected Congress is seated; and ‘the 6th day of January,’ when the House and Senate meet jointly for a formal count of the electoral vote.

“In most modern elections these have been pro forma milestones, irrelevant to the outcome. This year, they may not be.”

Each of the states will appoint their 538 Electoral College electors to formally elect the president on December 14. Every state has always appointed them based on how their constituents voted, with no exceptions.

This year could be the exception. Article II of the Constitution does not really require that the electors reflect the will of the voters. The Supreme Court’s 2000 Bush versus Gore ruling affirms that state legislatures “can take back the power to appoint electors” and effectively ignore the election results.

Public officials could justify this decision by claiming the voter tallies just aren’t reliable. Some are already stating this intention on the record. “I’ve mentioned it to [the Trump campaign], and I hope they’re thinking about it too,” Pennsylvania Republican Party chair Lawrence Tabas, told The Atlantic.

This could not happen the same way in all 50 states because different parties control the statehouse and governor’s mansion in different states. “Republicans control both legislative chambers in the 6 most closely contested battleground states,” The Atlantic notes. “Of those, Arizona and Florida have Republican governors, too. In Michigan, North Carolina, Pennsylvania, and Wisconsin, the governors are Democrats.”

And frankly, there’s nothing stopping bickering state legislatures from appointing 2 different rival slates of electors and hoping Congress sorts out their preferred winner.

Pelosi vs. Pence Could Decide the Election

Yet House Speaker Nancy Pelosi has her own schemes available to block this. When Congress convenes jointly in the House chamber to count the votes, Pelosi is within her parliamentary rights to expel all of the Senators from her chamber and therefore stop the vote count. If Pelosi chooses to stall indefinitely until Inauguration Day, January 20, when Trump and Pence’s terms end, the line of succession dictates that she is sworn in as President of the United States.

It is an extreme unlikelihood that Nancy Pelosi will be sworn in as president for a race in which she didn’t even run. But it is one possibility in a situation where we will surely see unprecedented scenarios. And Pelosi is already preparing her caucus for a deadlocked Electoral College situation.

But America is a 244-year-old nation, and we’ve withstood unprecedented scenarios before. Back in 1876, Democrat Samuel Tilden beat Republican Rutherford B. Hayes by 3 percentage points in the popular vote, but the Electoral College was deadlocked. President Ulysses S. Grant also threatened to use the military to ensure Hayes was inaugurated. Yet Congress still came to an amicable last-minute decision, passed new laws to address the muck-up, and the Republic survived in one piece.

The economy would certainly suffer from such election chaos. A contested election would affect small businesses in ways that could make the social unrest of this summer look like a walk in the park. Small businesses should prepare for a November and December full of tense uncertainty. But if your business has made it this far through 2020, you’ve dealt with more tense and uncertain situations than this.