Home Don't Use Mentors for POC: Missing in Action?

Mentors for POC: Missing in Action? 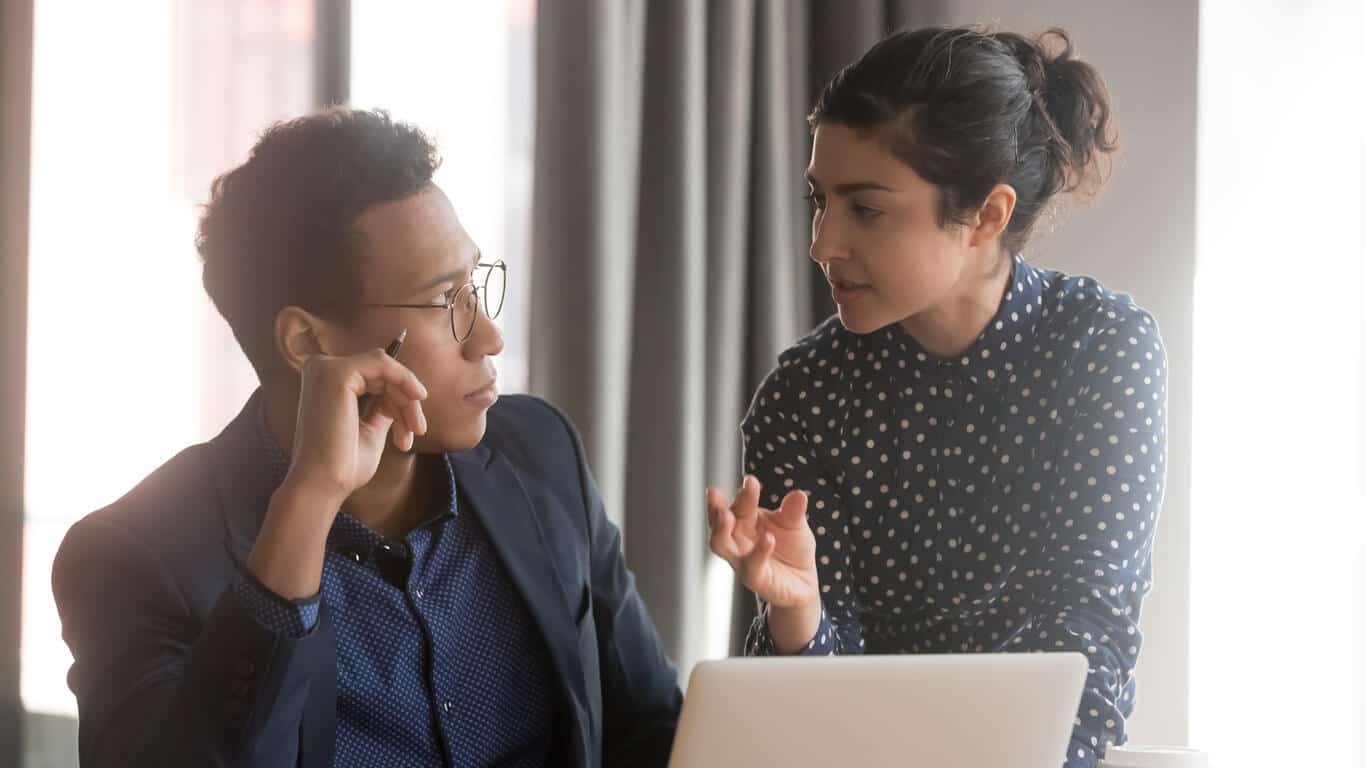 Ebere Anosike is the founder and CEO of ThankYouKindly, a company that combines technology and operations to create and deliver personalized gifts—complete with handwritten notes—for companies of any size. Some of her high-profile clients in the corporate gifting space include Uber, Deloitte, Twitter, and Compass. Anosike’s company, which is 3 years old and based in the San Francisco Bay area, is doing quite well.

However, she initially struggled to find mentors—and not from a lack of trying. Anosike and other small business leaders of color shared their experiences with us.

“In the past, a key challenge I faced with finding mentorship was encountering gatekeepers who were committed to exclusion,” she explains. “In tech and many other industries, people derive status from building and maintaining exclusive, closed-off communities within which mentorship and other resources are freely available.”

She points to private networking clubs as an example. “Also, referral-required accelerators and the endless list of invite-only industry groups are other examples of this. And it’s no coincidence they’re bereft of POC—it’s by design.”

And even when it’s not by design, POC are more likely to be put at a disadvantage as it relates to mentoring.

A Lack of Representation

James Zhang, cofounder and CTO of The Bright App, believes that most mentorship opportunities develop organically. “Someone more experienced meets someone seeking guidance, the mentor sees their younger selves in them, and the mentor begins taking this new person under their wing.” He says it’s a problem for POC because potential mentors are more likely to see themselves in people who look like them. “And the majority of leadership positions are filled by white people.”

His wife, Nerissa Zhang, cofounder and CEO of The Bright App, is a Black woman, and she adds another factor to the mentoring problem. “It’s also true that POC face barriers that white people who might be potential mentors will not be aware of or acknowledge.” And when this is the case, she says they might not be able to give the type of support that POC really need to advance in their careers. “This is why it’s essential for more people of color to be in leadership roles—the more POC leaders, the more success young POC seeking a mentor will have.”

That was the case with Kendra Y. Hill, consultant at Kendra, Scale My Business. “A POC’s greatest challenge with finding mentorship is a lack of representation in high-level positions and finding someone who looks like them to look up to.” She believes that this is particularly true for women of color. “I was fortunate to find great mentors in business, but as they didn’t exactly look like me, they didn’t always have all of the answers to my specific situation.”

A Lack of Support From Other POC

However, Hill doesn’t think a lack of diversity in the leadership ranks is the only problem. “The ‘crab in a barrel’ syndrome has plagued the Black community for decades—and in most cases, not much has changed,” she says. “Many successful Black business owners thrive off of ‘the game being sold and not told,’ when in reality, we need those who have made it to reach back and pull up the next business owner.”

So how and where can POC find mentoring opportunities? For Anosike, the solution was choosing not to pursue mentors in private networking clubs and other closed networks. Instead, she decided to pursue the insights that she hoped to gain from a mentor. “I did the research and read what experts wrote in the areas I knew I could use guidance on.”

And when she couldn’t find guidance, Anosike says she took the trial-and-error route. “I would execute on what I learned, whether by research or experience—I’d get it wrong until I got it closer to right.”

As she did this and her business scaled, Anosike says people started reaching out to her. “They were impressed by what I had already accomplished and eager to provide mentorship in the areas they believed to be most meaningful,” she says. “Those same folks, eager to see me continue to grow, let me know of inclusive, mentorship-driven communities like Transparent Collective, Majira Project, and All Raise.” And at the same time, she says that the exclusive communities she ignored began sending her invitations.

This experience has solidified her belief that the internet is one of the greatest resources to counter a mentorship deficit. “You can scrape together the ultimate mentor and not pay a dime or play some gatekeeper’s ‘who do you know?’ game to do so.” And in the process, Anosike says POC can cross paths with people willing to be mentors. “They won’t do it to collect a fee or to maintain status in a community that thrives on leaving people who look like you out.”

Magdy Kotb, founder of The Clothing Coach, is also a firm believer in alternative sources of mentoring. He was turned down for funding from traditional banks—even the institution he banked with for over a decade. Community Development Financial Institutions (CDFIs) and other community resources helped him not only with funding but also with information and mentoring. “Organizations like SCORE and Working Solutions in San Francisco and other tools from the SBA or many local libraries and business resource centers can point towards little-to-no-cost mentorships,” Kotb says.

Being a Mentor and a Mentee

However, there is still a need for POC to access traditional mentorship opportunities. To Hill, this goes back to having leaders that look like the people they mentor. “The same way we have NBA stars to admire, we need Fortune 500 CEOs and successful business owners to reverence,” she says.

And Hill is putting her money where her mouth is. “I’m dedicated to being part of that new generation of successful Black women—not just being a person that young Black women can look up to, but I truly devote a lot of my time to work with them one-on-one and advise them on all of the issues they can encounter and bridge the gaps to their success.”

She understands how important mentorship was to her success and wants to help others. “In order to get more POC to offer their time as mentors, we need to be good mentees and build valuable and meaningful relationships.” Hill says mentorship is a 2-way street, and she’s created a free resource, The Mentorship E-book, to help POC understand why they need mentoring, steps to securing the right mentor, tips on how to be a good mentee, and even an email template for contacting potential mentors.