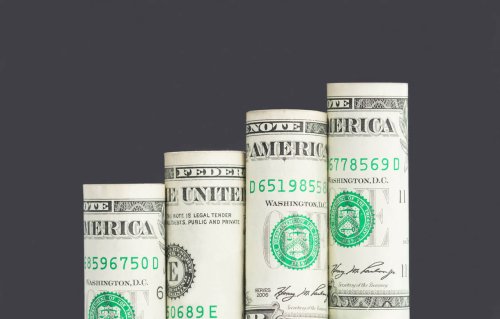 What a Minimum Wage Increase Could Mean for Small Businesses

The $15 minimum wage hike is not part of the new $1.9 trillion COVID-19 relief bill that just passed Congress. That new relief package does contain $1,400 stimulus checks, an extension of the $300 per week enhanced unemployment benefit, and a $3,600 per-year child allowance payment to parents. But a proposed $15 minimum wage raise did not make it into the relief package.

Yet that minimum wage increase could still be coming. President Biden still wants that $15 minimum wage, and many Democrats are on board too. “Federal minimum wage, which has not been raised since 2007 by Congress, is a starvation wage. $7.25 an hour,” Senator Bernie Sanders told CNN after the wage raise was voted out of the bill. “If anybody thinks that we’re giving up on this issue, they are sorely mistaken.”

How a Minimum Wage Raise Would Work

The bill would also eliminate the tipped wage—that is, the lower wage for employees who receive tips. Eater New York’s report on eliminating lower tipped wages has a chart explaining the tipped wage changes over time that would phase out that lower wage.

Investment site The Balance estimates that 32 million American workers make the minimum wage and would see a raise if this bill passed. The think tank Economic Policy Institute estimates that 60% of minimum wage earners are essential and frontline workers, a segment of the workforce that’s faced severe risks and some pretty difficult customers over the last year.

Restaurants Think a Minimum Wage Increase Holds Back a Recovery

The National Restaurant Association performed a poll of more than 2,000 restaurants asking how they think the minimum wage increase, as proposed, would hurt their ability to recover from the pandemic. Unsurprisingly, an overwhelming majority were against a minimum wage raise for their employees.

Again, this is not surprising. If you ask any industry if they want to pay more money for something, they are going to tell you they don’t want to. And some economists argue that a sole focus on labor cost overlooks many bigger-picture benefits to raising the minimum wage.

One economist who studies the minimum wage says wage increases have helped the restaurant sector in states that raised the wage shortly after they did so.

“We saw employers continuing to hire and continuing to do well and wages continuing to rise, including in low-wage sectors like restaurants,” University of Massachusetts Amherst economics professor Arin Dube told NPR. “And the reason for that is employers have a number of different ways of adjusting when the minimum wage rises. One of them is passing it on as price increases to consumers. Maybe the burger costs 50 cents more, and middle and higher-income consumers end up helping pay for higher wages at the bottom.”

In that sense, a minimum wage raise could help close the wealth gap. But it could also have other unintended consequences, particularly at a time when small business revenue is down.

A February analysis from the Congressional Budget Office (CBO) said an eventual $15 minimum wage increase would cost 1.4 million jobs over the next 4 years, according to CNBC. On the flip side, though, that wage raise would also raise 900,000 Americans out of poverty.

But not everyone agrees with that analysis. CNBC also quotes a report from Goldman Sachs: “Many studies have found that higher minimum wages reduce poverty, and a Census study found that the wage gains for affected workers continue to grow in the years after minimum wage increases,” and their studies found “only modestly negative effects of minimum wage hikes on employment of low-wage workers.”

At the same time, Goldman Sachs assesses that the chances of it passing a $15 minimum wage were “low,” and they predicted something more along the lines of a $10 or $11.

A separate CNBC report asked the small businesses themselves if they would lay people off. They found that “1/3 of small business owners say they’ll likely lay off workers if Congress raises the federal minimum wage to $15 an hour.”  But CNBC also found that businesses’ responses tended to be determined by their politics and geographic location.

Some large companies like Amazon, Costco, and Target already pay $15 minimum wage. But National Federation of Independent Business president Brad Close wrote in a USA Today op-ed arguing that big businesses benefit from a $15 minimum wage as it knocks smaller businesses off the playing field.

Certainly larger chains are doing well while smaller shops are suffering. “The path would be clear for even more market dominance of big businesses and Wall Street, gained at the expense of Main Street,” Close wrote.

But workers are enduring the longest period the US has gone without raising the minimum wage since the minimum wage was established in 1938. The most previous minimum phase-in, between 2007 and 2009, did coincide with an economic recovery.

A minimum wage increase could help retain employees and decrease turnover, particularly if a rebounding economy means more job opportunities. But “new normal” changes like remote work could make this a bad time to lay another cost on some restaurants and retailers who are seeing less foot traffic. For small businesses hoping for a post-vaccination economic boom, an increased minimum is a high risk but with a possibly high reward.