Home Don't Use Modern-Day Innovation: How to Know It When You See It

Modern-Day Innovation: How to Know It When You See It 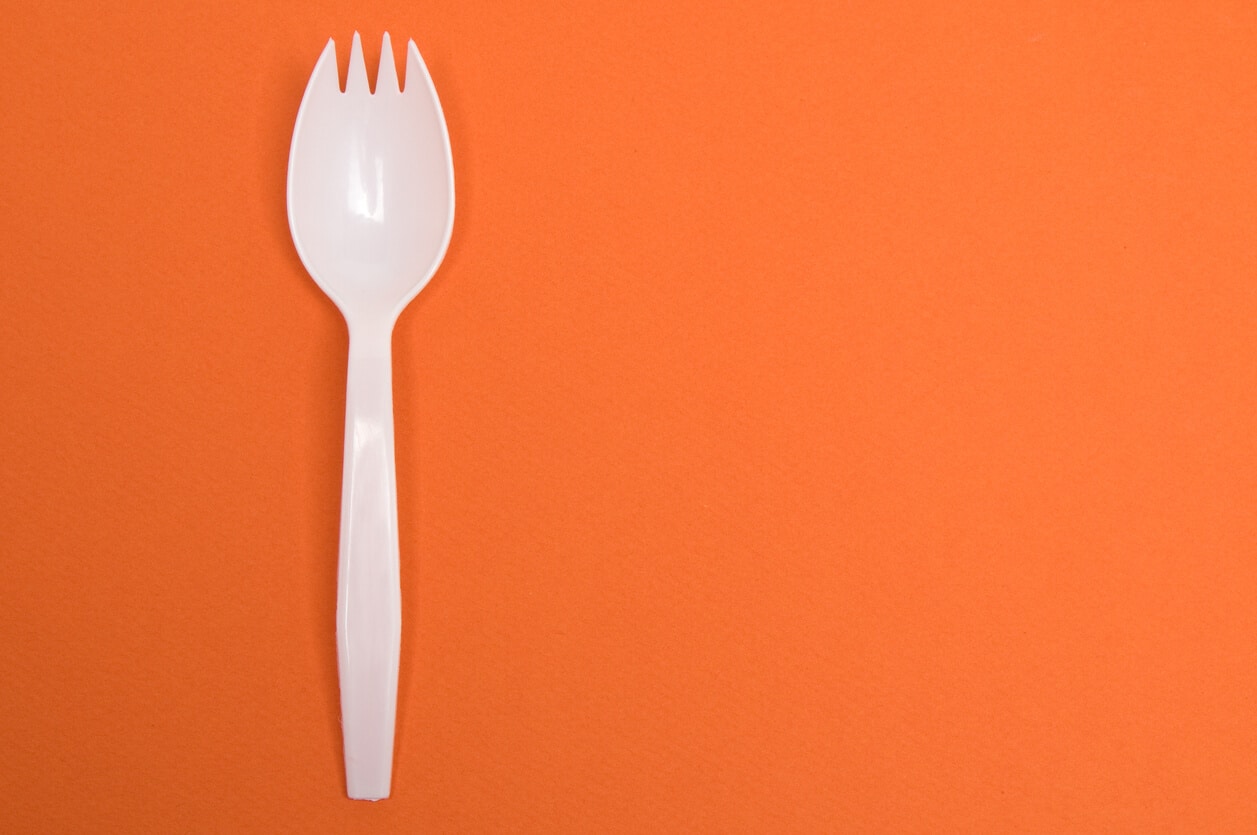 Innovation is possibly the top buzzword of the 21st century. The word gets thrown around as loosely as an old Hacky Sack, but its ramifications run much deeper.

84% of today’s executives say innovation is important to their growth strategy—and another 84% consider their future success to be extremely dependent on innovation.

However, innovation is easier said than done.

More than 40% of businesses worldwide have increased their innovation budgets in 2021, but only 6% of executives are satisfied with their company’s current innovation performance. Plus, 95% of all product innovations fail.

Talk about a risky investment.

But what is innovation, really? And why are so many businesses investing valuable capital into it? Would you know innovation if you saw it? What if you strapped it to your head or put it in your mouth? Then would you recognize it?

However, innovation isn’t the same as invention. Invention involves the creation of a product or introduction of a process for the first time, like Thomas Edison’s lightbulb. Innovation involves improving or making a significant contribution to an existing invention, like Steve Job’s Apple products.

Would You Recognize Innovation If You Saw It?

Would you know innovation if it hit you in the head (while wearing a modern-day bicycle helmet)? Or would you taste it when you put it in your mouth (like with an Impossible Burger)?

The word innovation has been tossed around, kicked, and trampled on so frivolously that it’s hard to know innovation when we see it.

Innovation likely makes you think of iPhones and Tesla cars. But what about LEGO’s seemingly indifferent but now biodegradable oil-based plastics? And what about the spork?

Does the spork make you think of innovation? Maybe yes. Maybe no. To make innovation less hyperbolic and ambiguous, let’s apply some rules and tests to innovation.

Digital Intent defines innovation, or “innovative-ness,” as “the process of creating value by applying novel solutions to meaningful problems.”

To determine innovative-ness, they apply these 3 tests:

Not All Innovation Is Created Equally

Take Netflix, for example. Netflix’s innovative movie subscription killed off the monolithic household-name-brand Blockbuster in less than a decade. But then consider Snapchat’s Snap Spectacles. The “innovative” glasses now clutter warehouses with millions of dollars in unsold (and likely never-to-be-sold) inventory.

Why was Netflix’s innovation better than Snapchat’s? McKinsey has a few ideas (and they’re usually pretty good).

McKinsey performed a multi-year study with in-depth interviews, surveys, and workshops with over 2,500 executives from more than 300 companies to identify 8 essential attributes of every high-performing innovation.

Nail these 8 attributes, in part or in full, to increase your innovation’s chances of success.

McKinsey explains that these 8 attributes don’t provide causation for success, but they do prove a strong correlation:

“We firmly believe that if companies assimilate and apply these essentials—in their own way, in accordance with their particular context, capabilities, organizational culture, and appetite for risk—they will improve the likelihood that they, too, can rekindle the lost spark of innovation,” reads the McKinsey study.

Let’s look at each of these in a little more detail:

It’s important to distinguish the difference between inspiration and aspiration here. Many modern-day founders and CEOs are downright amazing at inspiring and motivating—but not so much at aspiring.

Innovative companies don’t just do something—they achieve something. And that’s measured in the goals and KPIs they target.

Take the mission to the moon, for example. Inspiring leaders believed we would reach the moon one day, and they set the wheels in motion for it to happen. However, President John F. Kennedy took a more aspirational approach. He said the US “should commit itself to achieving the goal, before this decade is out, of landing a man on the Moon and returning him safely to the Earth.”

Innovation can’t be a half-butt effort—it needs sufficient budget, timelines, talent, and other resources. Yes, it’s risky: but you can’t get the reward if you don’t take the leap.

McKinsey found that most unsuccessful businesses only allocated a tiny fraction of their resources to innovation. Insufficient funds can only support incrementalism, and that’s a far cry from innovation.

Innovation doesn’t need to be exceptionally creative. In fact, the most successful innovations usually aren’t.

Think about Crocs. Are those unusually creative? As one Slate author put it, “Crocs are heinous in appearance. A Croc is not a shoe; it is a Tinkertoy on steroids.” Yet the company has sold over 300 million pairs of shoes.

McKinsey challenges businesses to look at innovation discovery differently by focusing on 3 areas:

Every successful innovation occurs at the intersection of these 3 elements.

Innovations don’t sit on the shelf and collect dust—they continue to evolve.

Let’s go back to the Netflix example. If you remember, Netflix wasn’t always a digital streaming service: it actually started as a rent-by-mail DVD service that used a pay-per-rental model. That doesn’t resemble Netflix’s model today in the slightest.

However, rent-by-mail was an innovative solution at the time. And the company continued to evolve with technology to stay at the forefront of video entertainment consumption.

Many companies fail to innovate because they sit on their ideas for too long. Eventually, another business dares to release something new and bold, and they’re the ones to reap the rewards.

Innovation is all about research, development, and launch acceleration.

Speed isn’t the issue. Businesses don’t need to innovate rashly at haphazard speeds. However, they do need to accelerate from discovery to testing to launching as quickly as possible.

If you don’t accelerate your innovations, someone else will.

Innovations that can’t scale become inventions. Great ideas and revolutionary products need a business model that can support them. Without a scalable model, there’s no value.

That reveals a deeper insight: a scalable model is part of the innovation. You can’t separate the two.

Look at TomTom’s launch. The touch-screen navigational devices launched in 2004. By 2006, they sold over 5 million units a year. And by 2008, they jumped yearly sales volume to 12 million units. That’s scale.

Without that acceleration and market penetration, competitors would have stolen a larger slice of the innovation pie.

“We doubled down on managing our cash, our operations, maintaining quality, all the parts of the iceberg no one sees,” says Harold Goddijn, TomTom’s CEO and cofounder. “We were hugely well organized.”

Innovation doesn’t happen in a vacuum. It needs research and feedback. It needs marketing and sales. It needs partners and talent.

Successful innovators know they can’t do it all themselves—they outsource. Apple’s first iPod wasn’t created in an Apple lab in California: its components were developed almost entirely outside the company and the country.

Scale and acceleration are usually impossible without extension. If you want to innovate, you’re going to need to extend your networks.

The best companies don’t think of innovation as a core strategy or as part of a KPI shoved in a file cabinet somewhere—it’s part of their culture and company DNA.

Businesses that innovate also motivate, reward, and organize people to mobilize and perform.

Not once, not twice, and not 3 times—successful businesses build a culture and expectation of perpetuated innovation.

Now We Know If It’s Innovative or Not—So What?

The point of this article wasn’t just to spark a fun dinner conversation with your spouse. No, the answer to whether an idea or product is innovative has real business—and world-changing—consequences.

With businesses spending billions of dollars on research and development in pursuit of innovation each year, executives need to better understand where their money is going. Is it really going to innovation? Or is it going to inventing or disrupting?

The answer might seem trivial, but it’s not when you consider the business and personal livelihoods at stake.

Inventions are new ideas and products, but they don’t necessarily create value. Innovation, on the other hand, takes novel inventions and solves problems. Entrepreneurs don’t want to invest finite budgets in inventions—they want to make sure they’re investing in innovation.

Innovations lead to value. Inventions lead to fun facts on your resume. Where would you rather choose to invest your hard-earned money?