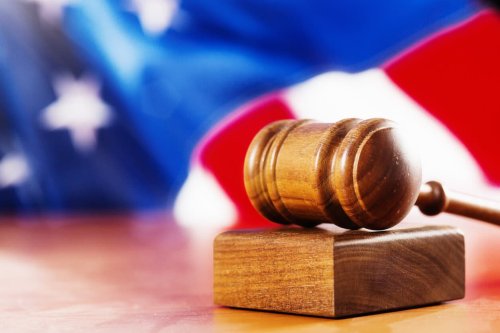 How a New Supreme Court Justice Could Affect Small Business

American small business owners of every political persuasion would probably love to see the US Senate pass another coronavirus relief package as quickly as they’re determined to pass a new Supreme Court justice. But unlike the long-stalled stimulus bill, Amy Coney Barrett is quickly cruising through a Senate confirmation and could likely be seated on the US Supreme Court before the 2020 presidential election even takes place.

Much of the discussion on Judge Amy Coney Barrett revolves around how she’d vote on issues like abortion or a potentially contested election. But the jury is still out on how a Supreme Court with Justice Barrett would affect small businesses.

Small business legal analysts note that Amy Coney Barrett is certainly very friendly to large corporate businesses. Online legal startup Rocket Lawyer recently published an analysis of Judge Barrett’s 7th Circuit Court record compared to the Supreme Court’s record and found that if confirmed, she would be the most pro-big business justice on the court. That analysis found she ruled in favor of large corporations on 83% percent of her decisions, putting her just ahead of Justice Clarence Thomas, who ruled in favor of corporations in 82% of his decisions.

But big corporations and small businesses do not always have the same interests. In fact, sometimes their interests are directly at odds. If confirmed, Amy Coney Barrett would leave the court with a 6–3 majority in favor of the conservative side. Let’s look at what small business analysts think that would mean for American small businesses.

How a 6–3 Supreme Court Could Hurt Small Business

Small business advocacy group Main Street Alliance communications director Sarah Crozier writes that a conservative 6–3 Supreme Court would be bad for small business in an op-ed for CNBC. That analysis focuses on only one case, the Ford Motor Co. v. Montana Eighth Judicial District, that is currently hearing arguments. In that case of 2 fatalities over malfunctioning Ford equipment, Ford is arguing they should only be able to be sued in their home state instead of the state where the accident occurred. Since most victims do not have the resources to sue in another state, those victims would be more likely to sue small dealerships if Ford prevails.

“As the conservative majority on the Supreme Court has continued to rule in favor of more corporate loopholes, or barriers for accountability, an under-appreciated but long term effect is an uneven playing field for small businesses,” Crozier says. “Small businesses would then bear the burden and expense of litigation not for their own accountability but as a proxy for a corporation, but unlike large corporations, they do not typically have access to litigation resources.”

“With a potential conservative 6–3 majority with a new confirmation, we are looking at a Court that could exacerbate this trend toward corporate power for decades to come,” Crozier concludes.

The fate of the Affordable Care Act would also be on Justice Barrett’s docket, if she’s confirmed, in a case the court is scheduled to hear the week after the election. If the ACA is struck down, small business owners with 50 or fewer employees would likely lose the public health insurance marketplace and may need to find other options.

How a 6–3 Supreme Court Could Help Small Business

On the other hand, a big conservative majority on the Supreme Court would likely also lead to limits on lawsuits from employees who feel wronged. An Entrepreneur writeup on how Justice Amy Coney Barrett could affect entrepreneurs covers a lot of ground and reads between the lines of Barrett’s circuit court rulings.

“I expect that a more conservative Supreme Court will be increasingly employer-friendly in employment cases,” says Entrepreneur’s Frances Dodds. “Employees may find the court less sympathetic to discrimination claims in general, and particularly toward claims of retaliation, in a which an employee alleges unfair treatment by their employer because they made or assisted in a discrimination complaint.”

Citing examples, Barrett ruled against a worker in 2019 in a workplace discrimination case where the employee claimed his boss called him the N-word on the job. Barrett ruled this did not adequately merit a hostile workplace lawsuit.

How a ‘Packed’ Democratic Supreme Court Could Affect Small Business

During the campaign, reporters have been asking Democratic candidate Joe Biden whether he would “pack” the Supreme Court—that is, appoint additional new justices under a Biden administration. Biden hasn’t said no—and at a recent town hall, he answered that he was “open to considering” adding more seats to the Supreme Court beyond its current 9 justices. These would, of course, be his own Democratic picks.

If Biden were to pack the court with his own picks, you’d expect to see the opposite of all of the scenarios described above. An expanded court would probably be less supportive of big corporations and possibly more helpful for up-and-coming small businesses. Yet small businesses might find themselves more easily the subject of litigation because of far-reaching employee rights decisions if the court leaned further to the left.

But it’s important to remember that justices often surprise us and rule contrary to what we’d expect of them. Notably, Chief Justice John Roberts unexpectedly supported the Affordable Care Act last year. While Justice Amy Coney Barrett would be expected to move the court in favor of big corporate, that could be quickly canceled out if a Biden court gets a deeper bench.