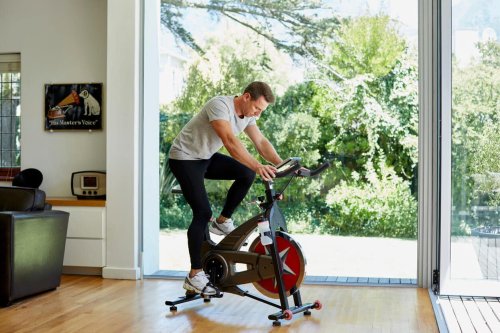 Why On-Demand Fitness Is Here to Stay

I finish a set of bicycle crunches, flopping over to start doing push-ups. “You got this, boo! Keep going!” the instructor yells, the music thumping over their countdown.

No, I’m not in a darkened warehouse-esque basement with neon signs blinking that say, “Every day I’m hustlin’.” Instead, I’m trying not to knock over the lamp in my bedroom, drowning out my family on phone calls and Zooms a few rooms away.

It’s no secret that Americans are obsessed with wellness, spending hundreds of dollars a month on boutique studios like SoulCycle and Barry’s Bootcamp—gyms that offered tailored, intense workouts alongside a place to “find yourself.” It’s a $4.5 trillion market, including everything from at-home spa treatments to digital fitness.

Today, all you need to work out is a little space, the right app, or hardware like the Peloton bike to sweat in the relative discomfort of your own home.

When Elizabeth Cutler and Julie Rice founded their first SoulCycle experience in 2006, they had no idea it would become a fitness phenomenon. Like jazzercise and yoga, spin became mainstream, building a cult following of “warriors” willing to pay $35 for a 45-minute class. “The music is blaring, everyone’s on the same pedal, the lights are low, the candles are going, and just at the moment that you think you can’t make it any further, your instructor, who is the spiritual guru of sorts, they give you one sort of line of encouragement: ‘You can do it, you can be better than you thought you could be,’” Rice told CNBC.

SoulCycle exploded in popularity, spawning competitors like FlyWheel and paving the way for other boutique-style workouts for treadmills, rowing, and boxing.

That is until Peloton came on the scene in 2012. The $2,000 stationary bike offers live and on-demand digital rides as well as HIIT-style bootcamps and yoga classes. Like SoulCycle, the brand banks on charismatic fitness instructors and a cult following. “Robin Arzon works a crowd like Ariana Grande making a surprise appearance at your local mega-church,” writes Amanda Mull for The Atlantic. “Peloton’s innovation, and its major draw, is the teaching component: the big, bright, WiFi-enabled video screen mounted above the bike’s handlebars, which allows riders to follow along with a live class or cue up one from the past. The video board also lets them interact with their classmates, cheering people on with virtual high fives. Become a regular with an instructor, and you might even get a verbal ‘You go, girl!’ during class.” 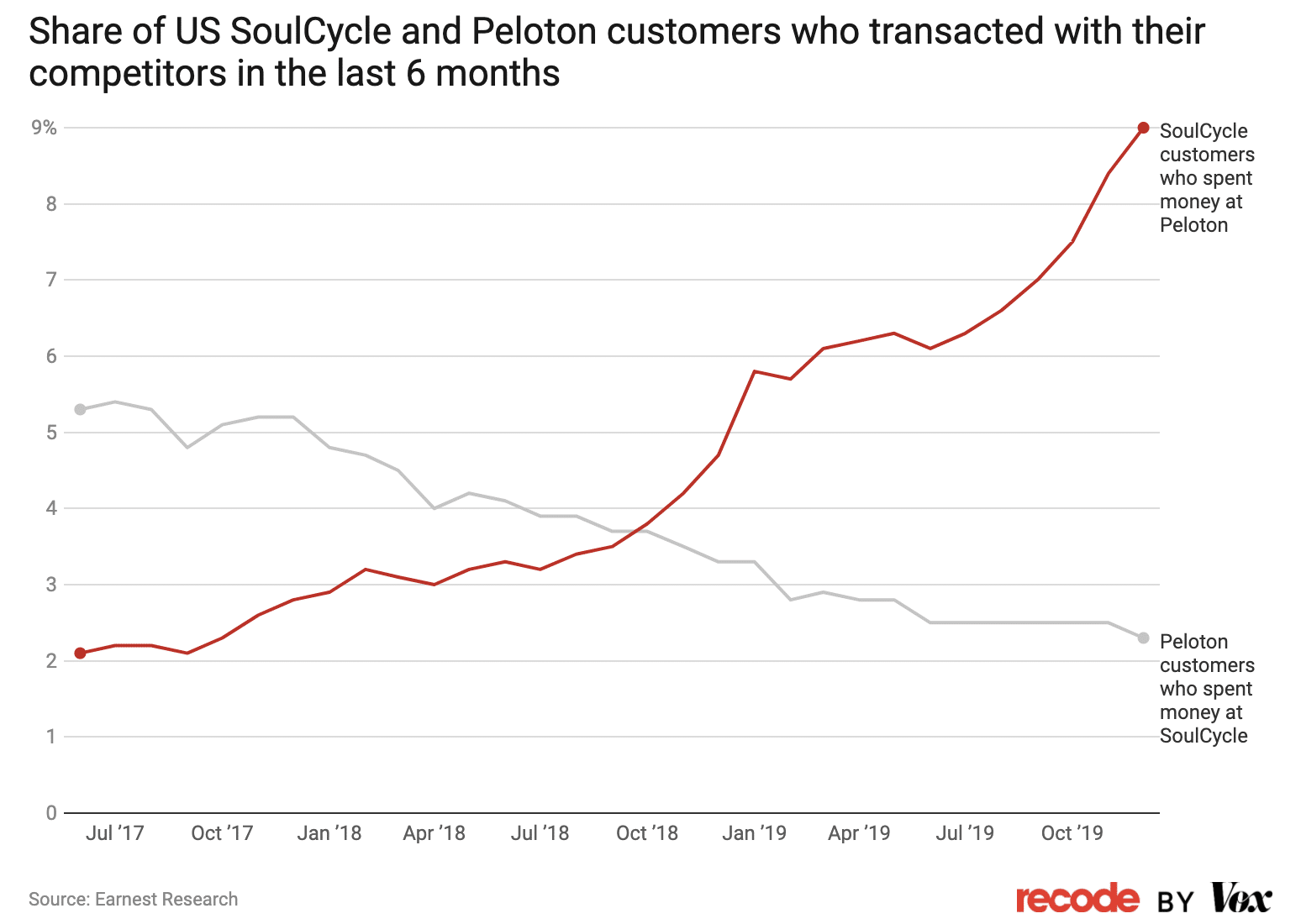 Peloton sales topped $500 million in the spring. And they haven’t slowed down—by October, shares jumped another 66% month over month, cementing Peloton as the market leader in the digital fitness space. After some fits and starts—including a highly criticized viral commercial—they’re just getting started. “During the last few weeks of Q3, we saw a significant increase in demand for our bike, which has continued into Q4 so far,” a company spokesperson said in a letter to shareholders. “We entered Q4 with a backlog of bike deliveries in all geographies, and sales continue to surpass expectations in the first several weeks of Q4 due to COVID-19.”

With 3.1 million subscribers and counting, Peloton CEO John Foley told CNBC, “There’s close to 200 million gym-goers in the world. That’s 200 million people paying hard money, month after month, to access what we believe to be inferior fitness equipment in an inferior location.”

They won’t stop until they convert every one of those subscribers.

Personal Trainers Without the In-Person

While Peloton may be the biggest player in the digital fitness space, they’re certainly not the only one. Consumers everywhere are looking for at-home workouts.

MarketWatch projects that the global digital fitness market will reach $26 million by 2026, at a compound annual growth rate of 18.5%. Companies like Mirror, Tempo, and Tonal all offer live and on-demand classes with a mix of weights and equipment for your home gym. Luxury athleisure brand Lululemon purchased Mirror in June 2020 for $500 million, signaling a future for fitness that revolves around decentralized virtual communities.

“This is about strengthening our community and our loyalty and our relationship with our guests and memberships, and it’s going to be its own revenue stream model, which we’re excited about,” CEO Calvin McDonald told the New York Times. “Guests have accelerated their adoption of at-home sweat.”

Source: “Fitness apps grew by nearly 50% during the first half of 2020, study finds,” World Economic Forum.

“The uptick that we’ve seen with coronavirus has been very real,” Obe founder Mark Mullet told Well + Good. And your average fitness club and independent studio are using digital content too, increasing by nearly 15x since 2019.

The Future of Fitness Is Digital

Companies should consider overhauling their fitness benefits to include at-home and virtual fitness.

Will people ever go back to their gyms? Of course. But digital fitness offers more than just an escape hatch during a challenging time. It’s a way to move your body without worrying what other people think of you.

“Virtually every digital fitness experience is still a simulation of something people used to do together,” writes Michael Owen for The Atlantic. “[But] if Peloton’s Christine D’Ercole had been on a bike in my basement when I was a geeky kid, opening her hill-climb ride with Enya and preaching a credible love for your body, I might have found a place among athletes before I was 24.”