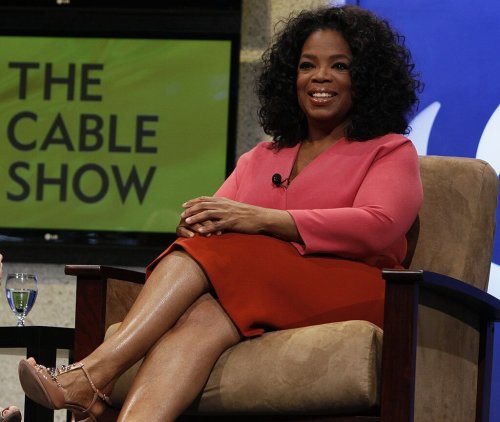 Oprah Teaches Her OWN Lessons

The Queen of Media. Most Influential Woman in the World. Self-Made Billionaire. Titles bestowed on a woman born to a poor family in the rural town of Kosciusko, MS. A woman so famous she needs no introduction. Oprah.

As the host of her popular daytime talk show, The Oprah Winfrey Show, which ran from 1986–2011, Oprah had a daily audience of millions. In 1999, she cofounded Oxygen Media, and in 2000, began publication of her magazine O: The Oprah Magazine. After ending The Oprah Winfrey Show in 2011, Oprah moved to her own network, OWN, where she remained until Discovery Network purchased it in 2017. Her media conquests are merely a small portion of the influence she has gained in American culture.

Oprah’s Book Club has helped hundreds of authors gain success and made reading for pleasure popular with her fans. Her annual list of “Oprah’s Favorite Things” has propelled products to the forefront of consumers’ minds.

Apart from serving as an inspiration to hundreds and thousands of entrepreneurs for her business savvy and financial success, what other lessons can we learn from Oprah?

While her name is known the world over as a symbol of self-made success and empowerment, Oprah hasn’t had a life free of scandal or struggle. Oprah’s love life and her diet and weight-loss struggles have been well-documented over the years, often fodder for tabloids and mockery. Even the revelation of her teenage pregnancy and discovery of an unknown half-sister all occurred in the public eye.

What can we learn from this? First of all, money and fame won’t protect you from the harshness of life, but more importantly, when mistakes and issues from our pasts are discovered, one successful strategy to deal with the fallout is to bring the issue to light yourself. By being the one to reveal personal information about yourself (or your company), you maintain control of your media narrative. Oprah has used this strategy on multiple occasions, allowing her to direct and shape the media coverage of these revelations.

After an initial focus on more scintillating and tabloid-driven episodes, Oprah vowed to turn the focus of her show toward more intimate topics such as self-discovery, self-help, and introspective interviews with celebrities. This approach offered a distinct contrast to other popular daytime talk shows where drama and taboo topics were prized for the ratings. Once she changed the show’s direction, her ratings soared, beating out her competitors for daytime TV.

When the world is painted with fear, be the light offering hope. Friends, family, clients, customers—offer them a beacon of hope, a way to step out of the darkness. This light is the indescribable draw that Oprah offers her fans. Hope that they too can overcome their pasts, their ongoing struggles. A chance to focus on the good happening in the world instead of focusing on the problems.

Oprah has a knack for relating to the most ordinary of people. Despite her wealth—in fact, she’s admired almost universally for being a self-made billionaire—Oprah has a way of coming across as genuinely understanding the struggles and dreams of working-class and middle-class Americans. The famous giveaways to her audience members showed not only an astute knack for marketing but allowed the audience members a chance to feel as if they were being personally handed a gift from a woman they admired—a recipe that cultivated both her fan base and her corporate relationships.

Oprah has also made a name for herself as a philanthropist—her Oprah’s Angel Network has raised more than $50 million for charities around the world. She started a girl’s Leadership Academy in South Africa, helped those devastated by Hurricane Katrina, and was awarded the Presidential Medal of Freedom by President Barack Obama for contributions to the country, the highest honor awarded to a civilian.

Most of us can’t give away cars on a regular basis or raise millions of dollars for charity, but we all have gifts we can share. Find the ways you can give back to your community, clients, and sphere of influence and make genuine connections. Influence doesn’t only come from making money—it also comes from giving it away again.

In Her Own Words

In a 2017 commencement speech at Smith College, Oprah shared what she considers the key to her success. The power of service, to others, to yourself, to the world around you, Oprah says, is how you leave a mark for the world to see.

When facing a difficult decision, whether personal or in business, ask yourself, “What is the best, next, right thing for you to do right now?”

When deciding what steps to take next, where should you focus your energy? Ask yourself these same questions. “How can I be used? Through my gifts, through what I know, through the opportunities I have been given.”

And finally, how do you prioritize your time and energy in order to best serve yourself, your loved ones, and your clients? “You make yourself full so your cup runneth over. So that you live this full, emboldened life with so much to give to others because your cup is running over. You can only do that by taking time to give back to yourself.”