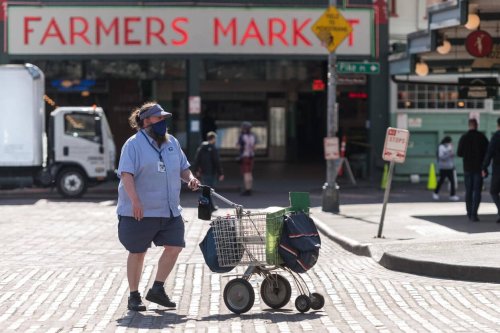 Drastic cost-cutting changes at the USPS seem to have started in late July and have now resulted in late paychecks, past-due deliveries of medicine, and in one case, the loss of a deceased grandfather’s ashes.

Mail delays are disproportionately hurting small businesses, according to an NBC News report. Many small businesses were already struggling to survive amidst the coronavirus pandemic and were switching to online stores that rely on delivery to survive the COVID-19 recession. This mail delivery slowdown could not have happened at a worse time, forcing small business owners to cope with late deliveries, bad reviews, and sometimes paying more for delivery or even driving packages themselves to make up for USPS service cuts.

NBC News also notes that 60% percent of small businesses have reported mail delays they’d never encountered until just a few months back, according to a recent report from the National Small Business Association. New postmaster general Louis Dejoy told Congress he would halt any further USPS changes, but small businesses that rely on mail delivery have good reason to be skeptical.

“Unfortunately, USPS delays disproportionately impact the smallest of businesses who typically utilize the USPS more than their larger counterparts,” National Small Business Association vice president of public affairs Molly Day told NBC News. “The USPS—while certainly far from perfect—has a leveling effect on commerce, ensuring that even the smallest, home-based businesses can serve and have access to their customers.”

Why Is the Mail Slower These Days?

The slowing down of mail delivery is not a COVID-19 staffing shortfall. This is an intentional staffing and equipment cutback that the USPS says will make “resources match volume requirements.”

The removal of mail collection boxes has received plenty of media attention, but the Postal Service says this is just a routine procedure that has been going on for years. They note they’ve been removing at least this many collection boxes regularly, going back to at least 2013.

The removal of post office sorting machines seems a more aggressive attempt to control the rate of standard mail delivery. The rationale for these machines’ removal asserts that we’re ordering more package shipments online during the pandemic and using less simple envelope mail. But this rationale is being used for other cuts, too.

The USPS is Cutting Hours Across the Board

One of the most contentious changes has been the alleged elimination of overtime hours at the USPS, an issue that is now affecting large customers, like Amazon, as well as small businesses further down the food chain.

Postmaster Dejoy said in Congressional testimony that “We never eliminated overtime,” and that overtime has “not been curtailed by me or the leadership team.” Leaked internal documents from the agency tell a different story.

Salon obtained Postal Service documents, as did the Washington Post, showing the new Postal Service leadership did indeed eliminate overtime hours that had kept the service working like clockwork for decades. “Overtime will be eliminated,” an intercepted memo said. “We are paying too much in OT and it is not cost-effective and will soon be taken off the table.“

The USPS responded cryptically in their only official public response on the matter. “Over 4,000 people received more in overtime than they made in base salary pay in FY2019,” the USPS said. “This is more than a 400% increase from FY2014.”

What Will Happen With the USPS

The USPS postmaster general has claimed that any operational reductions have been reversed and restored to normal levels until after the 2020 presidential election. And in a first-ever conflict, the USPS is fighting to prevent the release of its own data that would allow taxpayers to see how their USPS money is being spent and confirm whether or not the mail delays remain in place.

The House of Representatives passed a $25 billion emergency funding bill for the USPS in late August, though the Senate is unlikely to pass it, and President Trump has indicated he would veto it anyway. Meanwhile, 20 states’ attorneys general are suing the USPS in an attempt to reverse any changes or slowdowns to mail delivery.

Bulk changes at the United States Postal service may already be reversed or might be in the near future. Lawmakers and regulators might succeed at giving the USPS a financial boost to help return it to normalcy. But these theoretical possibilities are not going to bring much immediate comfort to small businesses that have to change their shipping strategy in response to the postal service slowdowns. We hate to deliver this mixed bag of news, but you may have to consider switching to more costly shipping options until someone stamps out the fire at the USPS.