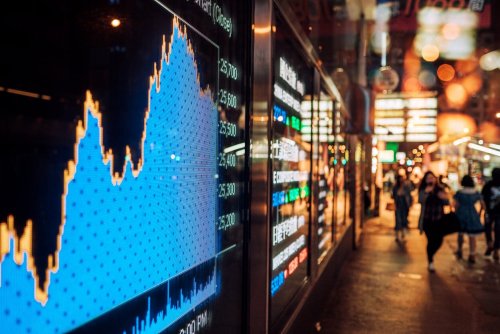 We know that either President Donald Trump or former Vice President Joe Biden will win the 2020 Presidential Election, barring any catastrophic developments. What we don’t know is how COVID-19 will affect the election, and, more urgently for business owners, whether the next few months will see any degree of economic recovery from the coronavirus downturn or an even steeper COVID-19 recession.

If 2020 has taught us anything, it’s that economic uncertainty will continue to be the norm until the coronavirus pandemic is contained. But we can still look at historical patterns to assess typical historical stock market swings that tend to happen in the lead-up to presidential elections—and this is not the first time we’ve held an election during a historic national crisis—and what these may mean to the broader small business economy as well.

Against all conventional wisdom, the stock market is booming despite a severe recession. The Dow Jones Industrial Average (DJIA) is nearly back to its all-time high of February 2020. The tech-heavy NASDAQ exchange has already roared well past its previous record. But Congress can’t seem to agree on another round of coronavirus relief, and it’s beginning to appear unlikely they will before the election.

The Market Usually Goes Down Before a Presidential Election

CNBC looked at how stock markets perform before an election, assessing the 3 months leading up to each presidential contest since 1992. They found that both the Dow and the S&P 500 typically go down before an election, albeit only slightly. The circumstances vary pretty wildly, but more often than not, there is a slight decline.

Between the first week of August and the first week of November in each of those presidential contest years, the S&P 500 index has gone down 1.58%, on average. The DJIA has typically declined by a similar average of 1.5% during those 3 months, according to CNBC.

Consider also that market volumes are much higher and more volatile than they were in those previous decades. Thus far in 2020, it has not been uncommon for the market to go up or down by 1.5% or more in a single day.

Can the Stock Market Predict the Winner?

When an incumbent president is running for reelection, yes, the market absolutely does predict the winner quite effectively. Forbes recently ran a fascinating article about stock market performance before, during, and after presidential elections, and it’s full of surprising historical trivia. But it also presents some undeniable consistencies in the market’s predictive power.

“The performance of the S&P 500 in the 3 months before votes are cast has predicted 87% of elections since 1928 and 100% since 1984,” Forbes observes. “When returns were positive, the incumbent party wins. If the index suffered losses in the 3-month window, the incumbent loses.”

That’s an awfully solid indicator, but we don’t know yet where the market will close once November arrives. The jury is still out on whether the S&P will be up or down on November 3. The S&P Index was at 3,294.61 on August 3, the 3-month mark from election day, so that’s where the marker stands.

But Forbes also points out there’s a flashing red warning sign for Trump. Going all the way back to 1920, any presidential election in which the US had experienced a recession within 2 years before election day, all but one president has lost that reelection bid (Calvin Coolidge in 1924 is the only exception). As we’re all painfully aware, the US economy is still experiencing a dismal 2020 recession.

It’s instructive to look at election-year market data going back to before the Great Depression and before America became the global economic superpower that it is today. Financial advice site The Balance analyzed the S&P during election years going back to 1928. But instead of using the typical market index average that we usually hear on the news, they assess “stock market returns,” or the annual average return on investment for the stocks on that particular index.

Again, these results are all over the place because each election year is unique. But an assessment of 23 presidential elections going back to the Herbert Hoover vs. Al Smith race of 1928 represents a good sample size. The Balance’s study found that the S&P market returns were +11.28% in each election year going back to 1928. The annual average S&P investor return is typically 10%, so election years have been slightly better than average for investors.

The exceptions, of course, were the Great Depression election (1932) and the Great Recession election (2008). In both of those elections, investors experienced brutal losses and the incumbent party got walloped.

2020 has dealt brutal financial losses too. The markets are up, but as this year has taught small business owners in pretty cruel fashion, the stock market is not the economy. The old rules say that a stock market boom guarantees an incumbent president’s reelection, and a recession guarantees that a sitting president will lose.

We’ve never had an election where the stock market was booming at near-record levels while the US economy was still deep in a very bad recession.