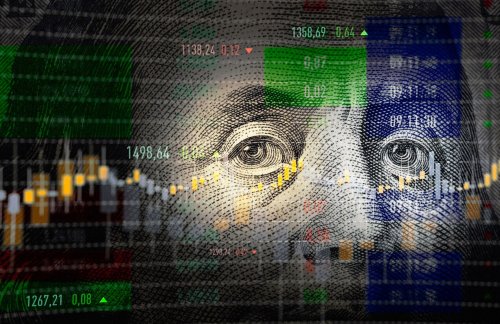 Why Is the Stock Market Booming While the Economy Is Awful?

The American coronavirus economy is a “best of times, worst of times” contradiction that would leave even Charles Dickens scratching his head. Billionaires have gotten $637 billion richer under COVID-19, according to Business Insider. The Dow Jones Industrial Average is almost right back at its pre-coronavirus highs from February 2020 and might smash its all-time records again any day now.

But meanwhile, the economic pain and devastation on Main Street, USA, is severe. An estimated 51 million Americans are unemployed, for an unemployment rate of more than 10%. The US Gross Domestic Product (GDP) just saw its largest quarterly drop ever, indicating this may be a long recession that we’ll have a hard time emerging from.

Workers and small businesses may feel like they’re facing the most miserable prospects of their lifetimes, and they’re probably right. We’re in the middle of the steepest drop in employment and GDP that the nation has seen since World War II.

So why is the stock market booming while the rest of the economy is busted? Let’s take a look at a few possible reasons why the economy seems to be going 2 different directions at once.

The easiest explanation is that the market is still going to crash with the rest of the economy, and investors just don’t know it yet. All of the small business closures, bankruptcies, and lower consumer spending may eventually evaporate stock market gains if a broader economic recovery never materializes.

“The stock market and the economy have parted ways,” says Mark Zandi, chief economist for Moody’s Analytics, to the Washington Post. “I’m not sure what will trigger a sustained sell-off in stocks, but surging [virus] infections and another round of more business closures will be difficult for investors to ignore much longer.”

But the stock market does not represent what investors think of the economy right now—it represents their assumed future value of the market. If a stock price is high, buyers think the investment will be worth more in the future. Investors seem to think the future looks bright for the companies whose stocks they buy.

It’s also possible investors think that stocks will be more valuable than other assets, like cash or real estate, in the long run. Real estate investment is a particularly risky proposition right now, as retail, office, and residential real estate are all pretty uncertain prospects. Stocks may represent the most attractive current investment option, so more investors are driven to that market.

When we discuss whether the stock market is up or down, we typically refer to the Dow Jones Industrial Average (DJIA). But that’s not really the Dow Jones average—the DJIA only includes the prices of the Dow’s 30 top companies, even though there are thousands of other stocks on the exchange.

And as MarketWatch points out, more stocks are going down than going up, so the market overall is not in terribly good shape. Moreover, certain tech companies that are doing particularly well financially during the pandemic, like Apple, IBM, and Microsoft, are dragging the average up in a way that can be misleading.

Investment banks are another business sector that’s highly represented on the DJIA, with huge banks like JP Morgan Chase and Goldman Sachs included among the 30 DJIA stocks. And those banks are getting a massive assist from the federal government right now.

The US Federal Reserve has lowered interest rates twice in 2020 so that the nation’s benchmark interest rate is now at a historical low of between 0 to 0.25%. Low interest rates are great for companies on the stock exchanges that are losing money, like Uber and Lyft, because their debts don’t have as much interest attached to them. That makes big companies’ money-losing habits more acceptable to investors.

Meanwhile, that same Federal Reserve is handing out more than $1 trillion in bonds for the investment banks to make loans. That props up the stock market prospects of both the nation’s biggest investment banks and the publicly traded companies that receive loans from them. The Fed is banking on the assumption that a stock market recovery will power a broader economic recovery for the rest of the country.

A Forbes analysis shows that the stock market always rises before a recession ends. By that logic, the stock market’s current boom means a recovery is in store for the rest of America. “Stock prices usually begin rising 4 or 5 months before the recession is over,” Forbes observes based on analyzing nearly 50 years of market data. If that rule holds, the current recession would end in September.

The strength of the stock market is a reflection that wealthy (and very intelligent) investors think that the future still looks bright and the economic woes will end soon. The markets don’t think the damage coronavirus has done to the economy will be permanent, but we’ll see whether the markets know best in this very unusual situation.