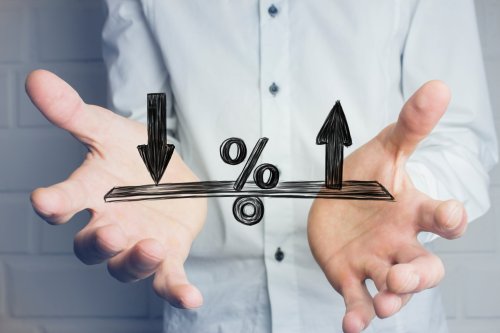 What’s the secret of their success? Every time we experience an economic downturn, there seems to be a handful of businesses that come out on top. For example, Netflix was born out of the dot-com bust and thrived during the 2008 recession as well by making savvy moves such as partnering with Microsoft to stream to the popular Xbox console. (Jury’s out on how they will weather the current climate, however).

Dumb luck or smart strategy? You be the judge with this collection of businesses that grew when the chips were stacked against them.

Lipstick sales are up. If that indicator doesn’t tickle your economics fancy, then you probably haven’t heard of the Lipstick Effect, first posited by economics professor Juliet Schor in The Overspent American. In short, when recessions hit, people cut back on big luxuries (vacations, cars) and redirect their spending on more affordable luxuries, such as lipstick.

Sure enough, makeup companies such as Estee Lauder saw increased revenues from such “small luxuries” during the 2001 and 2008 recessions. And this isn’t anything new as consumers have always searched for cheap pleasures during tough times. During the Great Depression, candy bar companies thrived with Snickers, Tootsie Pops, and Three Musketeers all appearing on the scene to great success. Hershey was effectively recession-proof even during the worst economic climate in history.

Takeaway: Smaller, more affordable products and bundles may be a strategy that works in tough economic times, especially when the marketing message is “treat yourself.” The approach capitalizes on consumers looking for low-cost joy by placing inexpensive luxuries at the forefront and making up in volume what the average order value lacks otherwise.

To be a recession-proof business, it helps to have clients who are recession-proof as well. And no one is more recession-proof than the wealthy. Businesses that cater specifically to the upper class are generally more resilient to downturns. Following the 2008 recession, luxury brands took an average hit of about 10% of their sales. But they also saw a smaller drop and recovered much faster than non-luxury brands. Kering, the massive French luxury group housing boujie brands including Balenciaga, Bottega Veneta, Gucci, Alexander McQueen, and Yves Saint Laurent, experienced incredible growth coming out of the 2020 pandemic downturn. LVMH did too: their revenue grew by 36%.

Takeaway: According to BusinessofFashion.com, “Luxury tends to fare better than other sectors during a downturn because of its exposure to high-income consumers.” While the site notes that those brands won’t be recession-proof, it indicates that a stronger emphasis on premium product and service offerings could be a way to keep the rest of the ship sailing smooth waters too. After all, “want” doesn’t leave during economic downturns.

Costco tends to handle economic downturns well. But the reason may be less about their low prices or $1.50 hot dogs and more about their business model: recurring revenue through their memberships.

Sure, shoppers may reduce what and how much they buy from Costco, but they are unlikely to cancel their annual memberships during downturns. This keeps Costco’s revenue stream steady, which makes them more capable of weathering a recession’s storm.

In fact, subscription businesses overall have performed better than non-subscription counterparts during recessions, which could be a driver in companies turning to this model. Hewlett Packard, for example, recently announced it would be transitioning to cloud-based subscription services by 2022. And Adobe, which went fully SaaS a while ago, realized a 14% growth in 2020 despite pandemic-related spending slowdowns.

Takeaway: Businesses with an existing subscription model or that offer a similar monthly purchase program may be inadvertently setting themselves up for an easier ride if we do enter a recession. BTW, retail and tech aren’t the only industries that can tap into subscriptions; even annual air duct cleanings and HVAC maintenance plans benefit from some of that subscription mojo.

Don’t get us wrong, cutting costs and dropping prices are sound strategies to explore during economic downturns when you want to maintain your current base of customers. But unless your business is dealing in Bugattis and NFTs, there’s a basement you’ll quickly hit when slashing prices. That may be why some businesses found success and growth by adding value in the eyes of each customer instead.

Mailchimp responded to the 2008 recession by providing a freemium option that gave free access to the product to users with a small number of contacts and helped them migrate to a pay service as their contact lists grew. Prior to 2009, Mailchimp offered no free options. Once they added their freebie tier, their user base grew massively. So, ultimately, did their paid subscribers.

Target may be the poster child of thriving during recessions. The retailer did it in the early 2000s, again in 2008, and now they’re seeing a 6% average monthly increase in visitors in 2022. The idea of “value” is associated closely with their brand, and Target quickly pivots to products that are of value during downturns. For example, past recessions saw Target expand its food products — when times are tight, people still need to eat.

Takeaway: When everyone is competing on price, businesses that look at price relative to value differentiate themselves from the competition thanks to their bigger picture view. Marketer Deric San Juan wrote about the concept in Forbes in 2019. “Value-based customers, who are looking for the best product available versus just the best price … [are] harder to find and even harder to gain, but they’re also loyal and typically generate higher-ticket sales and more revenue.” The approach works well during economic downturns because it refocuses the message on what people truly need rather than just a single item that they want and gains a customer with staying power.

Want to learn more about preparing for a potential recession? Read our post: How to Prepare Your Small Business for a Recession.

Robert Woo is a freelance writer and marketer who has been running his business with Sunrise by Lendio for more than a decade. He focuses on the tech and finance industry, has been a featured contributor of Lendio, and regularly shares his experience with software via blogs and articles. During any remaining free time, he's obsessing over fantasy football, writing for television, and playing guitar just enough to maintain the calluses on his fingers.