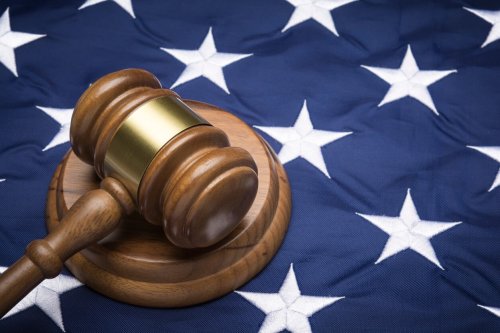 Ruth Bader Ginsburg Taught Us How to Be Brave

Ruth Bader Ginsburg died on Friday night at the age of 87. In the subsequent days, headlines have been dominated by the news of her passing. They celebrate her legacy and remember her greatest one-liners (and the iconic Kate McKinnon impressions she inspired). They ruminate on what comes next. The Supreme Court justice’s death, a mere 46 days before the election, is sure to have massive implications. Will the Republicans follow the precedent they set in 2016, or will they attempt to appoint a new justice before the election?

All of this is important, and it deserves space in our cultural consciousness. Ruth Bader Ginsburg, often referred to by the moniker RBG, was a giant in modern American history. Her work and her legacy deserve to be reckoned in a way that matches the scale of her impact. But there’s something else that’s worth coverage, too. And that’s what RBG meant to many of us on a personal level.

Ruth Bader Ginsburg sat on the Supreme Court for all but 4 years of my life. When I say I do not know the world without her influence, I mean that quite literally. In 1996, Ginsburg wrote the majority opinion in “United States v. Virginia,” which challenged a policy that barred women from attending the Virginia Military Institute. Because of that decision, I could not be prohibited from the college or university of my choosing based on gender alone. Three years later, in 1999, Americans with disabilities solidified their protections under “Olmstead v. L.C.” In 2015, she supported marriage equality for LGBT Americans in what became a landmark decision.

Throughout her career, she tirelessly championed the rights of all Americans. She famously stated, “I ask no favor for my sex. All I ask of our brethren is that they take their feet off our necks.” The world I grew up in, where I formed my opinions of what was possible, was shaped by glimpses into the world RBG was trying to create. What could happen when our brethren took their feet off our necks? More Americans possessed the agency to take their destinies into their own hands, and the American Dream opened up to those who’d never dared to dream before.

As Lady Gaga said approximately one thousand times leading up to the 2019 Oscars, “There can be a hundred people in the room, and 99 don’t believe in you, but one does.” For many of us, RBG was that person. Even when we didn’t realize it because she wasn’t a direct influence, she helped craft the system that allowed more Americans to dream big. And she removed the institutional barriers that had prevented us from succeeding.

It wasn’t until the 2010s that she achieved pop culture icon status as “The Notorious RBG.” Despite the many ways she contributed to the fabric of our lives in majority opinions, she is perhaps best known for her role as the great dissenter.

In 2007, the Supreme Court made it harder for women to sue their employers over allegations of wage discrimination. The decision was so upsetting to Ginsburg that she made the unusual move (at the time) to read her dissent from the bench. She said, “In our view, the court does not comprehend, or is indifferent to, the insidious way in which women can be victims of pay discrimination.”

In 2013, she penned the fiery dissent that earned her the Notorious RBG nickname. In the Shelby County case, the majority opinion invalidated a key provision of the Voting Rights Act that protected citizens by requiring federal oversight if certain jurisdictions with a history of discrimination wanted to make changes to their voting procedures.

“The sad irony in [the court’s] utter failure to grasp why the [law] has proven effective,” she wrote. “Throwing out preclearance when it has worked and is continuing to work to stop discriminatory changes is like throwing away your umbrella in a rainstorm because you’re not getting wet.”

What made her dissents so popular? She sure had a penchant for zingers. As a writer, I can certainly respect that. But I think there was something greater at the heart of it. People gravitated toward RBG because of her determination to continue to speak truth to power. She showed us that no matter how powerful you are (and as a Supreme Court Justice, she was the definition of “a pretty big deal”), there are times where you may feel powerless. She didn’t let those losses shake her from the path of doing what she thought was right.

I was in my early 20s when Ruth Bader Ginsburg became the Notorious RBG. I was beginning to experience firsthand what it was like to have my ideas dismissed because of my gender, ideas that were sometimes immediately repeated by male colleagues who were praised for their forward-thinking imaginations. Those experiences made me want to be quiet. RBG modeled the power of continuing to speak up and speak out anyway.

Throughout her career, she advocated not just for her rights as a white woman but for the rights of all marginalized and historically underserved groups. She forged a path on integrity and justice for all. She showed us that we can’t expect to win every battle but that we have to show up and keep doing the work.

These lessons have an obvious political application, but her reach was even greater than that. I’ve been inspired by her work to speak up when necessary—though I’m nowhere near the level of her Gins-burns yet. Countless women have been inspired to demand that a brethren’s foot be removed from their necks, to stick it out, and to follow their dreams.

As we look around at the America that exists now and is yet to come, it is filled with people who have been inspired by RBG and her legacy. I write a lot about small businesses for this blog, so many of my thoughts have circled there. How many women have started their own businesses because of the trail she blazed for us? How many have continued to stick it out when their opinions were outnumbered because of the example she set? How many little girls will grow up trusting their own judgment?

RBG spent her life fighting to advance equality and empower the disempowered. In addition to that, she taught us how to be brave. She taught us how to persevere. She shaped me and many others, and her legacy will continue to live on every time someone chooses bravery in service of justice. It will continue when women, People of Color, LGBT Americans, and people with disabilities follow their dreams because she taught us that the American Dream isn’t for some of us; it is for all of us.