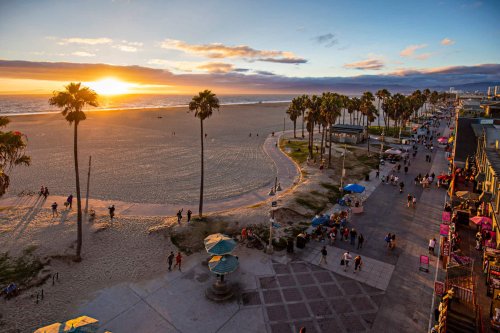 Coming in at number one on the list of Top 10 States for Small Business Lending for the second year in a row is California. California’s economy is not only the biggest in the country but also ranks globally. If the state were an independent nation, its $2.9 trillion economy would be in the top five in the world.

From the tech giants in Silicon Valley to the farms and agriculture of central California to the glitz and glamour of Hollywood, the states’ industries are as diverse as its population. And while it’s the home base to some of the biggest companies and industries in the country, it’s also home to the most small businesses of any state.

But not everything is golden in the Golden State. The number one ranking, while promising and consistent, comes with unique challenges to small businesses that they must carefully navigate. The state has a complex tax code and is regularly ranked near the bottom in other metrics like regulation and cost of living. Yet despite somewhat challenging settings, the forecast for small business lending in California remains bright. 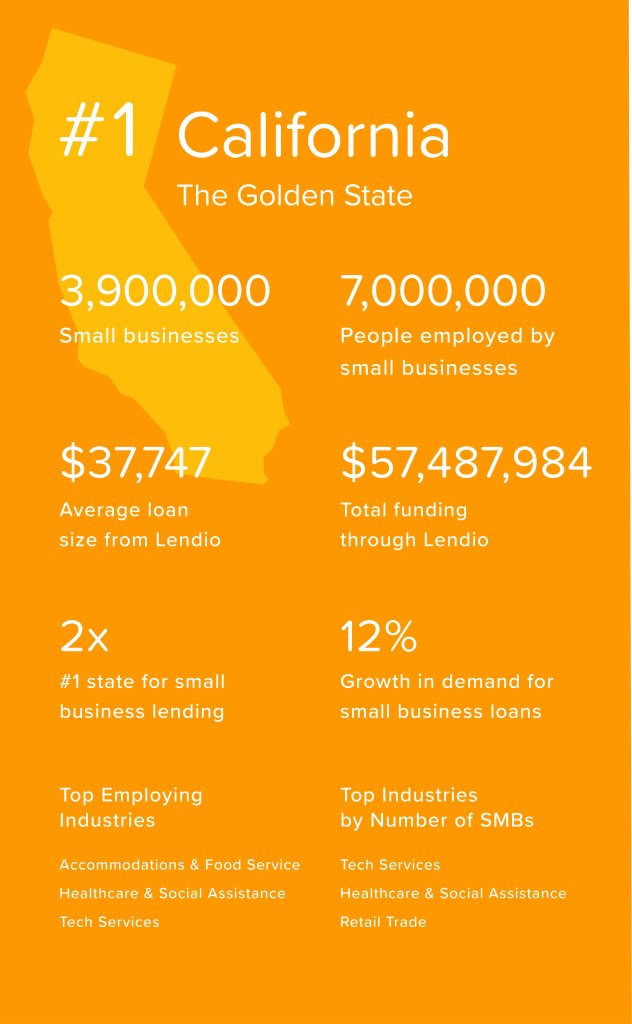 Advice from a California business owner:

“It all boils down to relationships. Good relationships with your customers, your team, and influencers in your space. Invest in going above and beyond for all three. Remember that this business is your passion, and while you might think about it obsessively, you can’t expect every employee to be the same. The best you can do here is hire by passion, and share the success of the business generously with your employees to keep them incentivized.”

Lendio has franchise locations in Anaheim and San Diego, making it even easier for California business owners to find the funding they need. Additional resources for growing small businesses can be found here.