For the second year in a row, New Jersey rounds out the top five on Lendio’s Top 10 States for Small Business Lending. While the state’s place in the rankings may not have changed year-over-year, the Garden State experienced significant growth in loan volume. From 2018 to 2019, total loan volume in the state increased by 54% to $19,273,712. Additionally, the loan size per borrower increased 22% year-over-year, with the average loan size per borrower at $48,426—the highest of the top ten states.

Despite being the fifth smallest state geographically, New Jersey ranks ninth largest in population making it the most population-dense state in the nation. This density and proximity to major hubs like New York City and Philadelphia make for an attractive climate for small businesses and their owners. The large population gives local owners plenty of clientele but also brings higher taxes, cost of living and property demand, making starting and growing a business more costly than in less-populous states.

The good news is new programs from the Governor and state’s Office of Economic Development aim to add some 300,000 new jobs by 2025. State programs will also work to ease regulations and speed up approval processes for forming a business. Additional resources for growing small businesses can be found here. 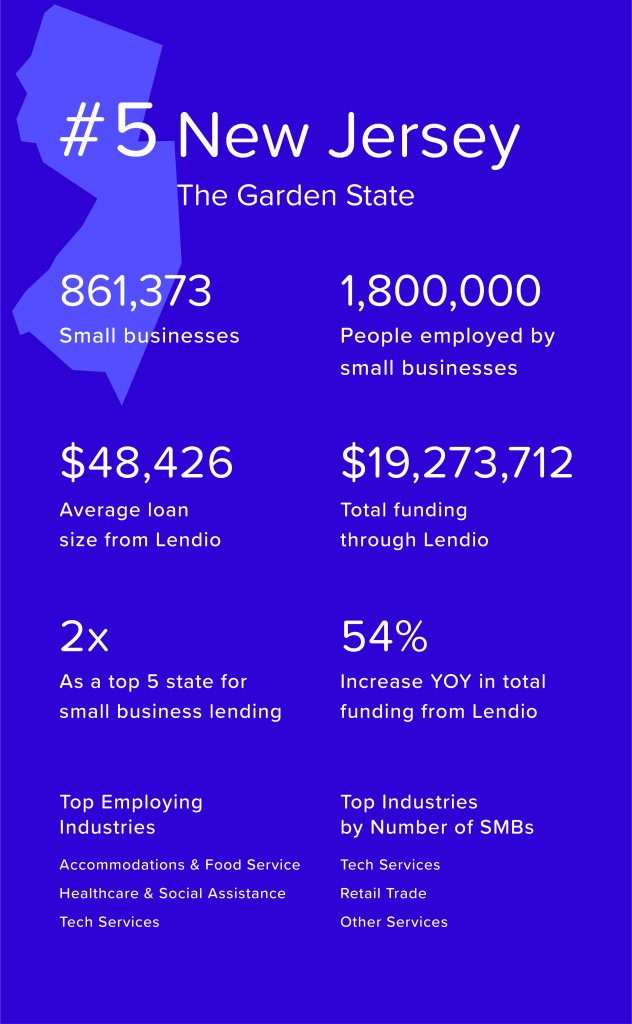 Spencer has spent the last ten years in the throes of all things marketing and communications. In the past, he has written for companies and clients spanning restaurants to SAAS companies, and entertainment guilds to yoga studios. Spencer has a B.S. in Communications from the University of Utah. When not writing or working, he can be found in the mountains on a hike, in a movie theater with a tub of popcorn, or on stage at a local theater.
See all articles by this author

How One Bagel Shop Serves Culture and Community With Every Bite

Proven Ways to Recover from Burnout

Should You Start a Delivery Business?