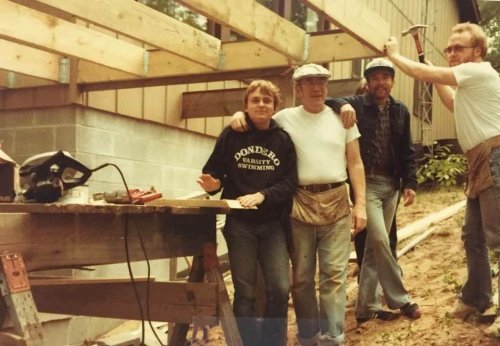 Pictured above: Jeff Hanson (circa 9th grade) working on a project with his father and brothers.

About six years ago, Jeff’s first daughter was diagnosed with cancer. Without him ever saying “help,” his community jumped into action.

From Labor Day to Thanksgiving, he said, the Hansons didn’t cook one meal for themselves, take care of their horses, or clean the stalls. The community did.

Jeff and his wife first moved to the Seattle, Washington, area “many, many years ago,” as he puts it. He calls Seattle a melting pot, and a place that he really, really loves. For about 25 years, he worked in high tech at Microsoft, a job he enjoyed at the time but eventually fell out of love with.

For Jeff, it all comes back to passion.

“I realized I just wasn’t living a full life,” he said. “I was successful but I wasn’t listening to my passion or following my passion.” 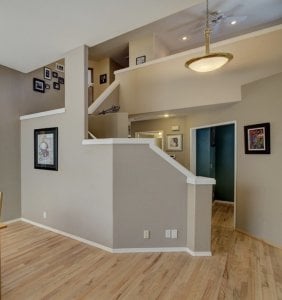 Jeff said he never dreamt of becoming a design build general contractor, but he grew up in a house-building family and he was always building. When he realized building was his passion, he started working weekends and vacations to make a little side money.

“I literally did two jobs for two years and I was exhausted, but passion fuels you, feeds you energy, and with that energy you can do stuff,” he said.

By working around the clock, he made enough money to start his business. But then once he got that one big job to start, he said goodbye to his former career and hello to Hanson Design Build, LLC.

“Once you tap into your passion you’re a superhero,” he said. “I mean you literally almost have limitless energy when you find your passion.”

Jeff keeps coming back to passion. He knows it sounds screwball, but he reiterates that when you find something you love, it ignites you. 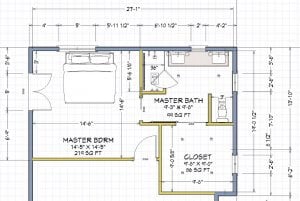 To set himself up for the future, Jeff applied for financing through Lendio, but it wasn’t without some hesitation. He said the funding manager reached out and bugged him, but in a meaningful way. He was interested, but wasn’t prepared to take those steps.

“I was really naïve,” Jeff shares, “and the funding manager was really good at educating me on the steps.”

The financing that Jeff received was put toward his working capital, paying off some minor debts and helped set him up for a small business loan.

Now Jeff gets to live out his passion every day. He says passion is a huge component for owning a small business. But, he adds, that success for any small business owners lies in how you respond when things change.

“Create a roadmap for your mental focus, but realize that every day it’s going to change,” he said. “Don’t be too rigid and embrace the day. Something will change. Something negative will happen. How you respond is really where success lies.”

Washington is No. 2 on Lendio’s 2018 Top 10 Best States for Small Business Lending. Learn more about why the Evergreen State is such a thriving hub for small business.

Sara Amato is a graphic designer, writer, and contributor to the Lendio blog. Currently based out in Colorado, she was born in New Jersey and has lived in Indiana, California, Arizona, and Illinois. When she's not designing or writing, she's probably watching TV or eating pizza.