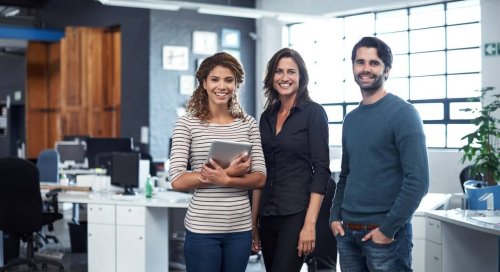 How a California Veteran Runs His Business with Military Precision

When former Marine Scott Doody has a lousy day, he rereads the Calvin Coolidge quote on his wall. It’s been hanging there for most of his career, a steadfast reminder that persistence is the cornerstone of his success:

“Nothing in this world can take the place of persistence. Talent will not; nothing is more common than unsuccessful men with talent. Genius will not; unrewarded genius is almost a proverb. Education will not; the world is full of educated derelicts. Persistence and determination alone are omnipotent.”

The Coolidge quote is the core tenet of Scott’s approach to managing his business, Quartermaster Payroll Service. Persistence has helped him endure the uncertainty of being a startup, a seemingly never-ending string of 60-hour workweeks, and even the years he couldn’t afford to pay himself a salary.

Although Quartermaster is now highly profitable and almost debt-free, it took Scott 12 years to get there – and he made some risky moves along the way. In addition to taking out an SBA loan, Scott leveraged both his personal savings and 401(k) to fund Quartermaster. His gambles are finally paying off: last year, Scott surpassed $500,000 in gross revenue, and he’ll see even more on this year’s books.

It’s not all smooth sailing, though. There’s a perpetual undercurrent of pressure at Quartermaster, because crucial mistakes could mean that someone doesn’t get paid. To counterbalance this risk, Scott has incorporated elements of his military training into Quartermaster’s procedures. New employees undergo several weeks of intense training. And for even the most senior employees, every wage, exemption, contribution, deduction, and withholding is meticulously checked, double-checked, and triple-checked – literally. In fact, Quartermaster’s software has fail-safes in place that require employees to confirm the accuracy of their data before transactions can be submitted and approved.

While accuracy is Scott’s paramount concern, efficiency is his second. Payroll is a deadline-based industry, and sacrificing substantial amounts of time for verification processes would undermine Quartermaster’s success. All the double- and triple-checking can still be done in less than a minute so that Scott’s team can maintain a steady pace.

This attention to detail is old hat for Scott, who excelled in the rigorous electrical engineering program at Virginia Military Institute, one of the nation’s oldest military colleges, before serving ten years in the Marine Corps. Scott credits his training with teaching him the persistence and thoroughness that he’s woven into every aspect of his business, as well as the confidence to take on even the most difficult challenges.

“I know I have the ability to work through any problem,” says Scott. “Being a Marine taught me how to take a step back and analyze the situation at large, then apply the most effective solution. Taking the thoughtful approach always results in a better outcome.”

When asked how he stays motivated, Scott paraphrases another Coolidge quote: “Effort means work, and I’ve never been afraid of a little hard work.”