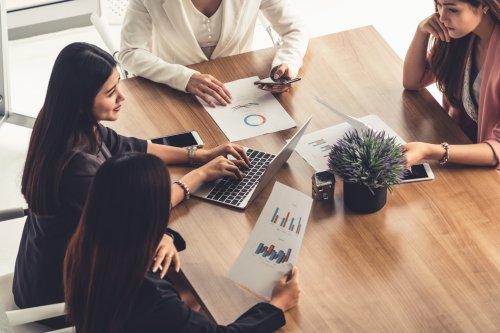 The global geopolitical situation continues to be thorny as we enter a new decade, but many economists believe general economic growth will continue throughout 2020.

The United States economy has been expanding since 2009, right after the financial crisis, and the nation is now in its longest period of economic expansion in its history. And most economists believe there is more room to grow in 2020, even after some sluggishness in recent years.

“We expect the global growth slowdown that began in early 2018 to end soon, in response to easier ﬁnancial conditions and an end to the trade escalation,” financial analysts at Goldman Sachs wrote in a report. “Although annual-average GDP growth is likely to rise only modestly from 3.1% in 2019 to 3.4% in 2020, this conceals a more pronounced sequential pattern of slowing growth this year and—in our forecast—gradually rising growth next year.”

For years, economists have pondered when this period of growth would come to a screeching halt. After all, the economy always goes up and then down—but the steepness of the decline is up for debate.

After the growth of the economy appeared to dawdle at the end of 2018, some wondered if a recession would strike in 2019. This downturn turned out not to be the case, but economists began worrying about 2020. A CNBC survey of economists released in April 2019 found that 21% believed a recession would occur by the middle of 2020.

As the year closed out, some economists didn’t think those fears were well-founded.

“The risk of a global recession remains more limited than suggested by the ﬂat yield curve, which partly reﬂects a structural decline in the term premium, and the low unemployment rate, whose predictive value for inﬂation and aggressive monetary tightening has fallen,” the Goldman Sachs report continued. “We also take comfort from the absence of signiﬁcant private sector ﬁnancial deﬁcits in all but a few advanced economies.”

Globally, Goldman Sachs believes consumer demand in the US will continue to boost the domestic economy. Even as the whole Brexit situation slogs into its fourth year of negotiations, the firm believes Europe will see growth, though it expects the economy of the United Kingdom will drag in 2020. In China, Goldman Sachs believes growth in China will drop slightly from just over 6% to just below, which is “in line with gradually decelerating potential,” the authors said.

The American political situation might still have a big impact on the economy this year, however, said John Chang of Marcus & Millichap, a real estate investment research firm.

“While the baseline economic forecast still points to modest growth in 2020, a variety of factors including the upcoming election, slowing international economies, and the ongoing trade war could dramatically change the growth outlook,” Chang wrote in a report. “Portfolio diversification will be a key defense for investors should one of these factors weigh heavily on domestic growth.”

Chang highlights the importance of investment diversity because some recession alarms already seem to be ringing.

“The reevaluation of existing portfolios will be crucial for investors as they recalibrate their investment strategies to help disperse risk and position in the path of growth,” he continued. “With some recession risk indicators already triggered, defensive asset allocations merit consideration using strategies that anchor portfolios with more recession-resistant property types and tenants.”

The drivers of the economy in the first year of the 2020s will be different than what defined the late 2010s, the business research nonprofit Conference Board forecasted in a report.

“The drivers of growth next year will likely be different from those seen this year,” the organization predicted. “The growth contribution from real consumer spending is likely to rise this quarter, but it will gradually weaken over in 2020.”

Consumer spending will soften throughout 2020, although the economy will be buoyed by the housing market.

“However, we expect improvements in business sentiment to bolster capital formation, which will help to offset softer consumer spending,” the Conference Board continued. “Furthermore, a sustained improvement in housing authorizations and starts, supported by lower interest rates, indicates that residential investment will also provide a tailwind for the US economy next year.”

The group pointed to a continued tight US job market as a reason why a recession is not imminent. The Conference Board believes the low unemployment numbers will reduce the Federal Reserve’s desire to cut interest rates, at least in the early months of 2020.

A series of variables could provide some turbulence for the wider economy. Even though the trade war between the US and China seems to have calmed, another big dustup this year could cause a slowdown. Political situations such as the ongoing impeachment of President Donald Trump or the brewing conflict with Iran could have an outsized impact on the economy.

There is also the US presidential election. It’s no secret that a cohort of the business community is concerned about the possibility of President Bernie Sanders or President Elizabeth Warren.

Overall, though, the attitude of many economists for 2020 is pretty relaxed—Morgan Stanley subtitled its 2020 economic prediction “Calmer Waters Ahead.”

Even though the US is in its longest period of economic growth, the growth has been stymied enough over the past decade that it does not seem poised to burst this year, the bank suggested.

“While this global cycle has lasted more than a decade, constant interruptions have thus far averted an exuberant stage that would threaten overheating,” Chetan Ahya, Morgan Stanley’s chief economist, said in the report. “Now, with trade tensions and monetary policy easing concurrently, we think the macroeconomy can continue to make forward progress.”

Morgan Stanley forecasted an average of 3.2% global GDP growth in 2020 and 3.5% growth in 2021, both up from an estimated 3% in 2019. These increases will be powered by emerging global markets and Europe. Morgan Stanley believes the US economy will remain stable, although the pace of growth might contract through the year, especially if additional tariffs are enacted.