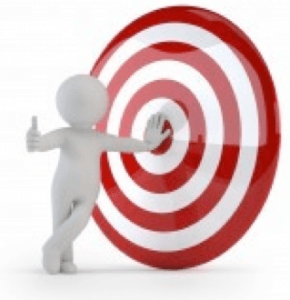 A couple weeks ago I wrote about how you’re always on the record with the media.  I had a recent experience that related to this topic, accuracy.

I live in Utah where Spring is always a big tease.  One day it’s sunny and warm and the next day it snows.  After one recent April weekend of nice weather, we started the week off with a rainy and wet Monday.  I didn’t realize just how rainy until I ran an errand with a colleague.  On the way to the car we were both surprised at how rainy it was and how wet we both were in the short distance it took us to walk from the building to the car.

After running the errand, on the way back into the office, I had my head down to shield my eyes from the rain.  As we climbed the stairs leading up to the office, I somehow missed the last stair and fell face forward on the wet, cold pavement.  My colleague heard the noise I made as I fell. Other than my pride, I wasn’t hurt.  My pants were wetter than I liked and I ripped the plastic bag I had in my hands.  My colleague asked if I was ok and I told him that I was fine.

Later in the day, I called and talked to my wife and was telling her about my fall.  I’m prone to exaggeration and I jokingly described my tumble as a face plant.  My wife was immediately concerned.  I’m sure in her mind, based on my word choice she had an image of me falling and my face bouncing off the pavement.  Naturally, based on my exaggeration she was concerned that I was ok.  I told her I didn’t really fall flat on my face and as I told her about what happened she was able to laugh at my clumsiness.

Later that night as I walked in the house, my seven-year-old daughter ran up and asked me if my face was ok.  I said yes and was waiting for the punch line.  Turns out there wasn’t a punch line, she was just concerned that I had fallen on my face.

I explained that I was able to put my hands down as I fell and caught myself before smacking my face on the pavement.  She seemed relieved and happy that I wasn’t hurt.

After explaining this to my seven-year-old, I proceeded to walk into the kitchen and my five-year old daughter asked me the same question, “Is your face ok?”  I explained to her too that I was ok and didn’t actually hit my face on the ground when I fell.  My five-year-old also expressed relief that I wasn’t hurt. My ten-year-old son was doing homework in another room and when he finished walked into the kitchen and the first thing he asked was if my face was ok.  I was touched by the concern from my three kids and also more aware than ever before that it pays to be accurate.  My joke about face planting while walking up the steps caused needless concern and worry to my family.  Often jokes like that or other forms of exaggeration that seem commonplace in regular vernacular can regularly be misinterpreted and cause unnecessary concern or confusion.

A good rule of thumb is to remember to be accurate in the way you answer questions or describe something.  You never know when somebody might take what you say literally.  In the case of dealing with the media it’s especially important to avoid hyperbole, absolutes and exaggerations.  In describing my family’s reaction to my fall, if I describe it as, “They asked me a million times if my face was ok” may seem innocent to most people but may also be interpreted as fact by someone else.  In these cases where somebody understands my statement as fact, it could come back to prove embarrassing or may make me look even more foolish.

In my case, my fall, if described accurately, would sound more like, “I wasn’t paying attention as I walked up the stairs and was in too big a hurry to get inside and out of the rain.  In my rush to get inside, I missed the top step and fell forward.  As I fell, I was able to extend my hands and catch myself before falling on my face. I was ok, other than being embarrassed by my lack of grace.”

This description is accurate and leaves less chance of being misconstrued or misunderstood.  Had I provided this description of my tumble it would have saved my family worry and perhaps provided them all with a laugh at my expense.

Have you ever said something in exaggeration and had it taken literally?