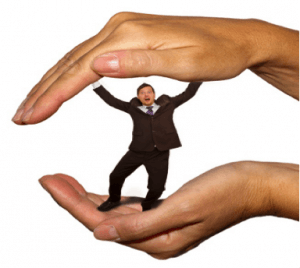 When the housing industry caved in back in 2008, it turned a lot of small businessmen into out-of-business men.

Tom Murphy was nearly one of them.

Murphy owns a plumbing company that sprang a few leaks when the Great Recession hit. He employed 23 people and did more than $2 million in revenues in 2007. By the end of 2009, his revenues plummeted more than 50 percent and only 11 employees were left.

“I was in survival mode,” Murphy said, “I watched every dime that came in and every nickel that went out.”

He also watched several small businesses, including some of his competitors, fold up shop.

“They got overwhelmed by debt,” Murphy said. “Guys were letting their egos run their business, spending money on million-dollar buildings and equipment and labor … and it all came back to bite them.”

Staying ahead of debt, and sometimes ego, might be the toughest battle small businessmen face. Fortunately, there are some common sense and easy to execute steps for minimizing debt:

“I was lucky,” Murphy admits. “I didn’t take on much debt. I lived within my means, but it’s a good thing I had a rainy day fund because that helped me get through some bleak months.

“What I learned was that if you use common sense and have a good grasp of math, you can survive in business.” Bill Fay is a writer for Debt.org, focused mainly on news stories about the spending habits of families and government. He spent 21 years in the newspaper business and eight more in television and radio, dealing with college and professional sports, then seven forgettable years writing speeches and marketing materials for a government agency.