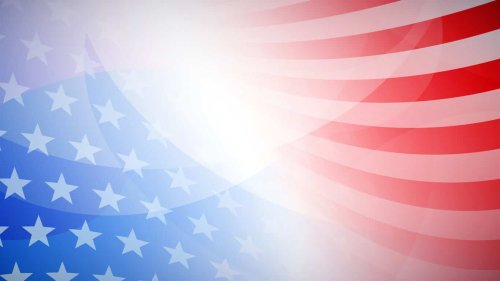 What Would A Biden Presidency Mean for Small Businesses?

Businesses hate uncertainty, and right now, uncertainty is all we have. The coronavirus pandemic has worsened in many states, plans to reopen businesses have had mixed results, and relief funding appears then disappears (then appears and disappears again!). On top of everything, the person leading every aspect of our economic, political, and public health policy may change on January 21, 2021.

As of this writing, presumptive Democratic nominee Joe Biden was leading in the polls in all of the swing states that propelled Donald Trump to victory in 2016. There’s still several months to go, and polling was infamously inaccurate last election. But business leaders still have to do their due diligence to prepare and ask: What would a Biden presidency mean for business?

In this article, we’ll look at Joe Biden’s history with business policy, his stated plans, and any other evidence that could help small businesses plan for a potential Biden administration.

Joe Biden began serving in the Senate in 1973 when he was 30 years old and served continuously until he was elected vice president in 2008. He has lived most of his life as a legislator and politician, leaving a long and public work history.

Among those few pro-small business pieces of legislation are an anti-counterfeiting act and an act funding clean technologies.

The coronavirus pandemic and its effects will probably continue to be the top priority for whichever candidate is elected. Biden has pledged that he will institute a concerted federal response to the pandemic, as opposed to the patchwork of state policies preferred by the current administration. Consistent and science-backed policies like a public mask mandate would reduce transmission, infections, and deaths, remove uncertainty, and allow businesses to plan for the road ahead.

Some of Biden’s public health guidelines are specifically targeted to businesses reopening. According to his campaign website, Biden plans to order the Occupational Safety and Health Administration (OSHA) “with setting and enforcing a rigorous emergency temporary standard so employers follow a clear set of rules to keep workers safe from COVID-19.” A Biden administration would also “create a ‘Safer for Shoppers’ program that gives compliant businesses a sign for their window so shoppers know they have done what they can to minimize the risk of exposure.”

Biden’s coronavirus plan also calls for financial relief efforts for small businesses. This includes a “‘restart package’ that provides small business owners support for retaining and rehiring workers and covering other costs of restarting in this challenging environment.” The campaign also supports “a temporary small business loan program designed to address unanticipated shortfalls in revenue by offering interest-free loans to small- and medium-sized businesses around the country through the duration of the crisis,” as well as federal funds for state-level small business relief efforts.

Additionally, the Biden campaign has emphasized stricter oversight of existing small business relief efforts like the Paycheck Protection Program (PPP) to ensure that money is really going to small businesses. The PPP had been hit by controversy after revelations that large companies like Ruth’s Chris Steak House, Shake Shack, and the Los Angeles Lakers had all taken out PPP loans. (Each of them later returned the money.)

As a result, Biden has proposed reserving half of all future PPP funds for extra-small businesses (those with 50 employees or fewer). He also says there should be increased oversight to ensure no company receives more aid than they lost due to the pandemic, and that certain industries (including consulting, accounting, legal, tax advice, and hedge funds) and executives making over $500,000 should get special scrutiny for aid.

Support for Workers and Labor

Many of Biden’s policies relate to workers and organized labor, and would affect the relationship between small businesses and their employees. For example, like most Democrats, Biden supports raising the federal minimum wage to $15 an hour.

Biden has stated he would work to ban all but essential noncompete clauses in employment contracts, as well as no-poaching policies and mandatory arbitration clauses. Noncompetes were originally used to keep high-paid executives from taking industry secrets to competitors. But in recent years, noncompetes have become common even for entry-level positions and have been used to prevent large swaths of workers from taking better jobs. (The sandwich chain Jimmy Johns recently had to settle a lawsuit over requiring sandwich makers and delivery persons to sign a noncompete.)

Biden also advocates the removal of burdensome licensing in certain industries. Hair salons are frequently cited as businesses with onerous licensing requirements that aren’t even transferable from state-to-state. One 2017 study found that no state required less than 400 hours of training to style hair; in New York, the minimum was 1,000 hours.

Under a Biden presidency, corporate tax rates would increase. President Trump lowered the corporate tax rate from 35% to 21%. Biden would repeal much, though not all, of this cut, increasing the rate to 28%. According to the nonpartisan Tax Foundation, Biden’s tax plan “would reduce the economy’s size by 1.51 percent in the long run” and “shrink the capital stock by 3.23 percent.”

The president affects business owners in many ways through numerous policies, but this overview should offer some educated guesses. Whoever is in the Oval Office on January 22, all Americans, including small business owners, will have to adapt to changes.