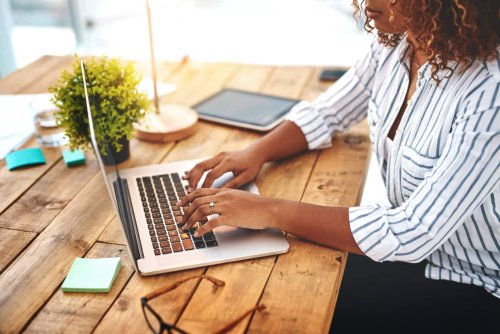 How California Freelancers Can Work Under the New AB 5 Law

California’s new labor law AB 5 continues to upend the state’s gig economy landscape, and more unpredictable changes are on the way. AB 5 is the abbreviated name for

Assembly Bill 5 that went into effect January 1, 2020, requiring some California independent contractors to suddenly be classified as employees with minimum wage protections, workers’ compensation, reimbursement for expenses, and other employment rights.

These reforms were badly needed for some gig workers. DoorDash drivers claim they’re still paid as little as $5 an hour, despite paying for their own gas and insurance. Instacart shoppers accuse the company of “outright theft” in hoarding drivers’ tips. Both allegations surfaced after AB 5 went into effect, indicating that some tech firms hope to merely skirt the new rules.

But many independent contractors affected by AB 5 don’t get their work from app platforms and maintain a traditional business model. From freelance writers to ballet dancers to truck drivers to sign language interpreters and more, some contractors’ work does not cleanly fit into employment categories demanded by AB 5.

We have some tips for those independent contractors on how to work under AB 5. But be aware that none of these recommendations should be seen as guarantees because there will be changes to the new law. Think hard about making multiple-thousand-dollar investments to comply with a law that will change over the weeks and months to come.

We’re certain to see changes to AB 5 because the controversial bill’s author, 80th District Assemblyperson Lorena Gonzalez, has specifically said she’s going to change the law after the significant outcry.

The good news is that she’s announced that there will be changes, some of which have already been decided by California courts. The bad news is that these changes are in a piece of “placeholder legislation” that clarifies absolutely nothing.

Gonzalez’s revised version of the bill, AB 1850, still faces months of committee hearings and has no guarantee it will pass. AB 1850 merely promises to “enact legislation that would further clarify the application of the California Supreme Court’s decision in Dynamex and recently-enacted requirements under the Labor Code.” The Dynamex decision is the California Supreme Court ruling that served as the basis for the AB 5 state law.

The vague wording of the AB 1850 do-over bill is a work in progress. It does not commit to anything and does not mention any exemptions or parts of AB 5 that would be overturned. But in the meanwhile, here are some tips on how to comply with AB 5.

Which Professions Are Exempt from AB 5

Some companies who use independent contractors think they can ‘play chicken’ and ignore the AB 5 requirements, but this carries significant legal risk. Governor Gavin Newsom has earmarked more than $20 million to prosecute companies who flout the law, and both the Los Angeles and San Francisco city attorneys vow they will aggressively enforce the new requirements.

But truck drivers got an exemption because they are involved in interstate commerce. Other professions are also totally exempt from AB 5—doctors, dentists, lawyers, insurance brokers, architects, accountants, private investigators, securities brokers, and more. The National Federation of Independent Business has a complete list of which workers are exempt from AB 5.

AB 5 carves out other exemptions for writers and photographers but limits them to 35 submissions per year per publication to qualify. There’s an even more significant business-to-business exemption, commonly called the ‘B2B exemption.’

The B2B exemption is complex, but Assemblymember Gonzalez put it in plain language. “If you are a small business, a sole proprietor, an LLC, and you actually have multiple clients, you can continue to do that with AB 5,” she told Yahoo Finance. “What you can’t do is have a company say, ‘This individual is a small business, but they’re working for me exclusively. I’m setting their rates. I’m setting their working conditions, and I’m going to tell them when and how they can do it.’”

That all sounds complicated, but it’s doable with some effort.

How to Get a California Business License

All 58 California counties have completely different and confusing rules for getting a business license. Fortunately, the state has a terrific online resource called CalGold, which does live up to its motto as the “gold standard for permit assistance.”

Here’s how to use CalGold to find your city and county’s business license requirements.

You’ll see a list of all the permits and other requirements you’ll need to operate in your city and county. It probably looks pretty intimidating! But if you’re a sole proprietor working from home or if you have 5 or fewer employees, many of these requirements will not apply to you.

More importantly, your list will have a direct link to the business license registration page for your city or county.

How to Form an LLC, S-Corp, or Business Structure

You’ll also need to decide on your business structure. The Secretary of State’s online instructions on how to start a business in California lists all the different business structure types. You should also consult a professional bookkeeper or tax advisor to determine which of these options is right for you.

You can influence the outcome of AB 5 and its do-over bill AB 1850. The California Freelance Writers United Facebook group and Twitter page are both excellent clearinghouses of the latest news and advice for any independent contractor—not just writers. You can contact your assemblymember or state senator, as the legislation is still evolving at the statehouse level. It also can’t hurt to contact your California senator or representative in Washington, DC.

Like it or not, it’s on California’s independent contractors and the companies who use them to organize their business filings and get organized politically because this California AB 5 experiment could go nationwide. A federal version of AB 5 is before the US House of Representatives, with the support of presidential candidates Bernie Sanders and Elizabeth Warren.