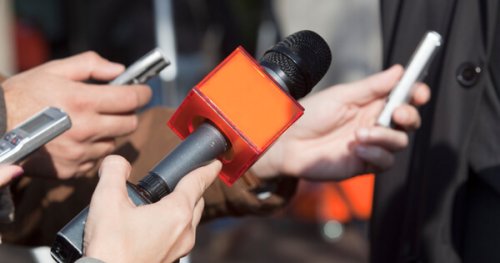 Every Monday morning while I was working with the Salt Lake Organizing Committee for the Olympic Winter Games of 2002 (SLOC), I was responsible for taking 15-20 minutes to educate new employees about SLOC’s media and spokesperson policy during new employee orientation. As part of my presentation I would explain that there are specific spokespeople within SLOC that are authorized to speak on behalf of the organization.

For the most part if employees followed the policy there weren’t any issues.  However, if the policy was ignored the consequences could be severe.  The policy was in place to ensure that the right information was being disseminated, not as a way to control or limit what was being said.  By identifying spokespeople you can streamline the message, ensure that the right information is being disseminated and avoid unnecessary confusion. A perfect example of this is when we announced that tickets to Olympic events were going on sale and would be available online for the first time in Olympic history.  People were excited about ticket sales in general, but they were especially excited they could be purchased online.  From our standpoint, we weren’t sure how online ticket sales would go or how quickly we would have data to share.  As a result, when we made the announcement we told the press to give us 36 hours so we could come back to them with accurate data and information.

One reporter with the Associated Press began calling for an update about an hour after the press conference announcing ticket sales.  We told him we didn’t have data available and to call back in 35 hours. Unsatisfied with our answer, this reporter continued to call until he got the head of the ticketing department on the line.  When asked how tickets sales were going, the head of ticketing said, “Sales are going great.  If they continue like this we’ll be sold out by the end of the week.”

The head of ticketing was excited by sales.  He should have been because sales were going great.  However, not as great as he reported to he Associated Press.  His statement, while expressing excitement and enthusiasm was inaccurate.  There was no chance tickets would be sold out within three days.  From a PR perspective, we didn’t want Olympic fans thinking tickets were sold out and having them give up trying to purchase tickets.

We found out in time what the head of ticketing said and were able to get back to the reporter to provide him with the right information.  The head of ticketing was nearly fired on the spot for not following the spokesperson policy we had implemented.

Another relevant example is something that used to happen quite often at the Olympic offices.  We used to have an investigative reporter from one of the local TV affiliates come into our Olympic offices on regular basis.  He would get complaints from consumers that SLOC had or had not done something they were supposed to do. He would just show up with a photographer and camera rolling, hoping to get a response or to catch SLOC in a lie.  He would walk up to the reception/security desk and with cameras rolling and start asking questions of the security guards.

The security guards knew to call me and have me come up to see what the issue was and help resolve it.  Prior to their starting, the security guards would all attend new employee orientation and knew what our policy was.  Many times they told me how grateful they were to have the policy and to know what it was.  In their roles as security, more often than not, they did not have the information this reporter needed.  They heard a lot of things from different departments within SLOC and if they felt pressure to answer this reporter’s queries, surely they would not have known what information to provide.

With this in mind, here are five key points to include in a corporate spokesperson policy: