Diversity in the Boardroom

The case for diversity shouldn’t need to be argued. The diversity of your company should be represented at every level, and the decision-making power held in boardrooms should be spread equally across race and gender.

However, for folks who need a little more motivation, consider this: diversity isn’t just morally good—it’s also good for business.

World Economic Forum research also suggests that having a diverse range of age groups represented makes a company more likely to perform well and that including more board members with disabilities would give companies access to an innovative group of people who have to develop solutions for themselves every day.

Boardroom Diversity Is on the Rise, but Is it Enough?

While these are all significant improvements compared to previous years, there’s still much work to be done. The World Economic Forum report suggests that at this pace, board member elections won’t start looking equal until 2025, and that’s just for new members. This timeline means that the day when boardrooms are entirely equal is still a ways away.

How to Cultivate Diversity in the Boardroom

Luckily, you can do a lot to speed up the process of diversifying boardrooms across the world. Here are some important steps to take.

Hire Diverse Candidates at All Levels

Diversity begets more diversity. Talented women and minorities who see themselves in your leadership will be more likely to accept employment with you, so companies need to hire and promote women and minorities at high levels. At the same time, a diverse pool at the lower levels of your company serves as a foundation for the future of your high levels as well.

Reach Past Recommendations from Current Board Members

One study from Deloitte shows one major hindrance to diversity in the boardroom is that most companies rely on recommendations from current board members to identify and elect new board members. This practice severely limits your talent pool to close colleagues of your current members and makes it easy to continue hiring the same types of candidates.

Similarly, most companies simply promote current executives when it comes to finding new board members. The problem with this is that the C-suite in America is arguably even less diverse than the boardroom. To really commit to diversity, you’ll need to get creative and look outside of your typical spheres of recruitment.

We all grow up with racial and gender bias built into our thought processes, whether we realize it or not. It’s crucial for companies to implement anti-bias training, particularly for recruiters and executives who will be in charge of the hiring process, to ensure that the hiring and promotion process is fair and doesn’t inherently discourage diversity.

Achieving diversity at all levels is one of the greatest challenges facing today’s companies. While it’s not easy, having a diverse leadership also comes with great rewards. 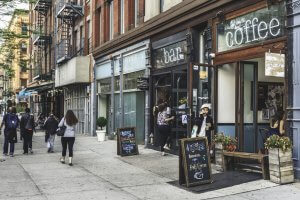