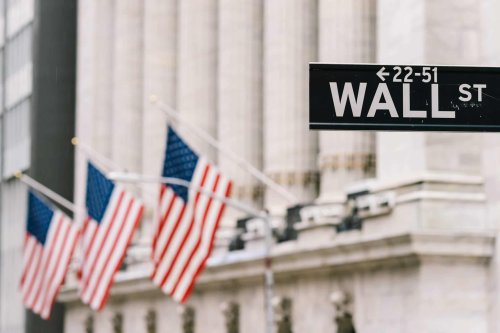 In the final months of 2018, there was a widely-shared thought that the United States economy was headed toward a recession within 24 months.

Driven by an escalating trade war between the US and China, along with a plunging Dow Jones Industrial Average, many economists said that a recession was just around the corner.

Eleven months into 2019, the worst fears of these economists have not been realized. The trade war seems to be cooling down, and the Dow is actually hitting new record highs, although the reporting has not been as breathless as it was at the end of 2017.

Still, the nature of the market is to swing upward and downward. While the Dow is not the only economic factor, it is not insane to wonder if we are seeing a repeat of the final months of 2017, when the index raced upward before shedding hundreds of points per day in January 2018.

For their 2020 predictions, economists appear far less cavalier with throwing around the term “recession,” but many around the world are predicting a slowdown of sorts next year.

In September, the Organisation for Economic Cooperation and Development (OECD) predicted that the global economy would grow at a sluggish pace in 2020, one not seen since the worldwide recession in 2008 and 2009.

The report’s authors said that “the global economy has become increasingly fragile and uncertain, with growth slowing and downside risks continuing to mount.”

The economic research organization said that global economic growth would slow to 2.9% GDP by the end of 2019, far off earlier forecasts predicting a growth rate of 4%. In 2020, OECD said the global economy would grow by 3%. In the US, the group expects economic growth will dip to a rate of 2% in 2020.

If proved true, these would be the lowest annual economic growth rates since the 2008 financial crisis.

Specifically, OECD said that the ongoing trade war between the US and China is a drag on the overall economy as well as the economies of those two nations. OECD also cited Brexit as a damper on global economic growth, as Britain’s years-long attempt to leave the European Union continues into its third year of uncertainty.

OECD, which does an intensive study of all the G20 economies, suggested that governments should bolster the economy with more fiscal policy, including robust public investment for items like infrastructure.

“The uncertainty provoked by the continuing trade tensions has been long-lasting, reducing activity worldwide and jeopardizing our economic future,” Boone continued. “Governments need to seize the opportunity afforded by today’s low interest rates to renew investment in infrastructure and promote the economy of the future.”

Many other economists have been vocal about their fears of a slowdown this year. The flavor of these warnings might be less alarmist than in late 2018, but many are able to point to specific underlying issues that are causing the economy to miss growth targets.

FocusEconomics, a global economic analyst firm based in Spain, said in an October 2019 report that GDP in the US would only grow 1.6% in 2020.

“The economy is forecast to slow in 2020 as the US-China trade war and a weak global backdrop continue to weigh on investment, which will likely spill over into slower job creation and household outlays. That said, lower borrowing costs should help cushion the slowdown,” the firm said in its summary. “High corporate debt and continued policy uncertainty represent additional risks to the outlook.”

FocusEconomics saw cracks in consumer confidence and retail spending in 2019. Economists will know more after the busy holiday shopping season, which will hopefully meet expectations better than last year.

The International Monetary Fund (IMF) had a slightly less bleak outlook than others in its 2020 forecast released in October.

The IMF predicted that global economic growth would hit 3% in 2019 and pick up to 3.4% during 2020. Both of these forecasts were slight downgrades from reports published in April 2019. Importantly, the IMF noted that the forecast 2019 growth rate would be the lowest level since the 2008 crisis.

The issues the IMF pointed to are familiar—trade wars and fiscal policy uncertainty.

The agency believed that with “a projected slowdown in China and the United States, and prominent downside risks, a much more subdued pace of global activity could well materialize. To forestall such an outcome, policies should decisively aim at defusing trade tensions, reinvigorating multilateral cooperation, and providing timely support to economic activity where needed.”

One of the rosiest pictures of the national economy comes, perhaps unsurprisingly, from President Donald Trump.

In a $4.7 billion budget presented to Congress in March, the White House predicted that GDP in the US would grow over 3% in 2019 and 2020 and hit similar growth rates every year through 2024. The fiscal year 2020 federal budget will probably not be decided until at least late November.

Trump’s predictions fall short of data provided by federal agencies. A report published in October from the Commerce Department found that GDP growth had slowed to 1.9% in the third quarter of 2019 from a lackluster 2% in the second quarter. The data shows that hitting the 2019 GDP growth targets Trump outlined in his budget would be extremely difficult.

Fears of a recession mounted after Trump won the 2016 election, and panic peaked while the Dow plunged in the first months of 2018.

While trade wars, stock market dips, and general political uncertainty caused renewed recession fears during the summer of 2019, many economists seem far less afraid in the final months of the year. Consumer spending and job growth still trend upward, and there might be an end in sight for the trade war between the US and China.

Around Halloween, investment firm Goldman Sachs said that most other forecasters are using flawed economic prediction models. The firm estimated that there was only a 25% chance of recession by October of 2020, a sharp digression from the 35% chance others were forecasting.