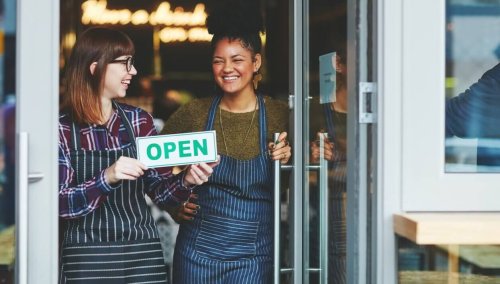 What to Know About Financing Your First Franchise

Franchising is one of the easiest ways to open your own business and be your own boss. Instead of starting from the ground up, a franchise uses a successful business model. Like any small business, though, franchises require funding, and they will often require some personal money from the franchisee, too. The path toward opening a franchise is well-worn, though, so you can follow the same journey to success that other franchisees took.

Get Your Personal Finances in Order

Before approaching a lender, even before considering if you should open a franchise, you should take a hard look at your personal finances. Even though they are separate from your business finances, most lenders take a close look at your personal financial history when making their decisions. You will want to look at your assets versus your liabilities, i.e., your debts. Lenders will also be interested in your stability–they will want to know how long you stay in one location and how long you’ve stayed at your jobs.

For any small business, including a franchise, you need to come up with a business plan. Many lenders require this fairly routine document, which involves comparing projected revenue, expenses, and a balance sheet. Fortunately, as a franchisee, much of this planning legwork should be done by the franchisor, often in the Franchise Disclosure Document (FDD). Because you will not be reinventing the wheel, information from the franchisor should be able to help you determine future revenue and expenses, especially compared to opening your own business from scratch.

Be Honest about the Costs

How much does it cost to open a franchise? There is no hard and fast rule for answering this question. All franchises have different startup costs–a company you can operate from a home office will cost significantly less than one that requires a stand-alone facility. Generally, franchising experts say that the initial investment for a single unit franchise usually costs between $100,000 and $300,000. Additionally, it is common that the person operating the franchise typically pays about 20% of this initial investment from his or her own pocket.

Funding from the Franchisor

Franchisors want people to open franchises–that’s their entire business model, and it’s one that has been working for generations. Many companies provide some financing options for qualifying franchisees. Sometimes they connect franchisees to third-party lenders, while other times they might offer lines of credit directly. Importantly, though, you should know that almost all funding from a franchisor is going to be a debt–they aren’t angel investors. You should always compare the terms of any franchisor fundraising with other options. Don’t assume that because the financing is offered or recommended by the company that it is necessarily the best route for you.

At some time or another, almost all small business owners tap into their personal funds to keep their business afloat. It is no different for someone who wants to open a franchise. If you have the savings to spare, starting a franchise with your own money is one of the surest ways to go. If your personal financial situation is not so overflowing, it becomes a lot riskier. For example, there are plenty of success stories of entrepreneurs tapping into retirement funds to open a franchise and finding profit. Still, putting your future, and your family’s future, at risk should be carefully considered.

Startup founders often say their first investors were “three F’s”: friends, family, and fools. Gathering funding from friends and family is likely the oldest method of raising capital, and it still works. You may find that your entrepreneur-minded relatives are especially interested in helping you open a franchise, so don’t be afraid to ask. Also, don’t be surprised if money comes with strings attached, like a desire to own part of the business. Even if you are raising money from your personal network, create documentation so there is a paper trail.

After taking advantage of franchisor funding, the most common way to come up with outsider funding for a franchise is from a traditional bank. Since a company’s success will be already known, a bank could be more amenable to a franchisee business plan than a totally new idea. Bank loans, though, often require stringent planning documents and background checks, so be prepared.

Beyond banks, there is a whole universe of funding options online and elsewhere. Many online funders specialize in smaller loans, which can be helpful if you want to pay some of your initial costs with personal funds. With any option, pay special attention to the terms of a loan. Compare terms found online to those offered by the franchisor or a bank.