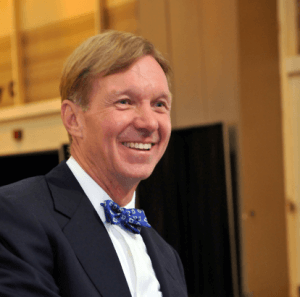 I hate them.  Because they’re egotistical.  And because they cap, rather that inspire motivation.  The rant this time?  It’s organizational charts!

The ones with the owner at the top and everything else fanning out below.  Strung along lines from the highest box to more and more boxes multiplying both down and across a landscape page.

The most effective owners these days … the one’s beating the pants off everyone else …. see it just the other way.  With themselves still occupying the point of the triangle.  But at the bottom!  A weird idea, but keep reading.

These revolutionists embrace a higher order notion of how organizations work best.  And of how to get the best out of the individuals who populate them.  Because the population of traditional top-down businesses delivering truly exceptional results is declining.

Coupled with flipping the pyramid, the term “reporting to” is under attack.  Many of us still see the chain of command as a law of nature.  As the imperative and unarguable connective tissue for organizational design.  But it isn’t.

It comes from military discipline.  Where the individual troop isn’t expected to be smart enough to figure out on his own how to contribute to a win on the battlefield.  Nor expected to be reliable enough to put himself at mortal risk for the cause, when it needs him to do so.

Hence, “reporting to.”  With grave consequences for disobedience.  Alfred P Sloane, founder of GM reflected this idea in an infrequently referenced comment about his wish to hire just the hands and the backs of his factory workers, leaving their minds at home.

Mr. Sloane had a lot of great ideas, but that wasn’t one of them.  But it was understandable, given thinking of the times about work.  When people were largely substitutes for machines.  And when variations from stridently established procedures meant inefficiency.  What’s not so understandable is why the idea persists as a standard in most of our businesses.  As thinking and creativity have become the greater substance of nearly everyone’s work.

Maybe it’s because it feels good to be at the top of the food chain and have others “report to” us.  Or maybe it’s because some of us still think we’re smarter than anyone else.  Or maybe, simply, because that’s the model we’ve inherited, the one everyone else uses, and the only one we’ve ever seen demonstrated.

To be truthful, I think all of us are susceptible to all of those influences.  Take just a moment and think about yourself?  How susceptible are you?

If you admit you are, what can you do about it?  And what might you expect as a result?

Here’s what I do.  And what I’ve experienced.  Every time.

I start by drawing my org chart upside down.  With me at the bottom, and with sales across the top.  Because I see my job as helping everyone else to make their highest contribution.  With the proof of my success in high profit sales.  And furthermore, if I truly understand my job as such, and understand sales,  I’ve got the best chance of seeing the relevance of everything else that lies in between.

From the point of the pyramid, up!

Then I spend most of my time thinking about how to catalyze others to achieve higher productivity, on their own.  By experimenting and setting up circumstances that encourage them to find their highest potentials.  Which also usually throws out our legacy structures for job descriptions.

Situations that motivate smart people don’t put them in boxes.  Or categorize them in spread sheets. Nor do they limit individuals to “reporting” to someone else.

Smart people want at least a partially open runway with latitude and resources to develop on their own.  Which implies a greater burden on me to make sure that everyone understands the fundamentals of my whole business, the roles of the parts, points of advantage for our market and competitive positioning.

Concurrently, I need to trade in my bullhorn for a giant catcher’s mitt.  To trade my instinct for enforcement for a passion to receive well intended inputs.  And to incorporate them into my own relentless search for new patterns to a better business.

Without losing track of my duty to keep my business performing optimally along the way.

And what to expect?

It’ll take a while for you to shift into this mode of …. push from the bottom.   So start with a small project.  Set the expectations.  Provide the resources.  Let your team figure out how to make it happen.  Provide help when asked.   When that’s successful go a little bigger.  Until the news of how you’re operating touches your entire company.

Then you’ll see a spike of enthusiasm.  A culture emerging that seeks, rather than avoids, change.  And that works together in a way that puts a new multiplier on the old idea of the whole being greater than the sums of the parts.