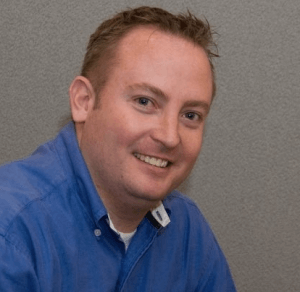 A couple months ago a colleague sent an email to the entire office with no message in the body of the e-mail.  His entire message was included in the subject line and simply included his name and then three letters, “OOO.”

I remember looking at the message and wondering, “What does this mean?”  I thought I was the only one, but as I asked my other colleagues it soon became evident that nobody knew what this guy was talking about.  It wasn’t until much later, after somebody asked him what it meant, that the office learned that “OOO” means “Out Of Office.”  This same individual has used some other acronym gems that have left me, and I’m sure others in the office, dazed and confused.

Shortly after this occurrence, the same person dropped a piece of jargon on a new client that he got called out on.  When he used the term, the client looked at him, laughed a little and asked, “What in the world does that mean?”  My colleague could explain it but it quickly became an “inside” joke with that client.

I bring this up because each industry has its own set of words that mean something to those involved in that industry but may mean nothing or something totally different outside the context of their work environment.

For example, if I told you “I got to get back in shape.  Got to go lift weights,” you would think I was going to the gym to work out.  If I said I was chased you might ask by who or where.  If I said I had been burned, you may express sympathy and ask me if it hurt.

If I said, “That babbo has a parakeet down in Pepsi Cola,” would you think I was thirsty and wanted an ice cold Pepsi? The mafia fascinates me. I love reading about it and how the FBI has been fighting the mob over the last couple of decades.  My favorite story is about FBI agent Joseph D. Pistone, aka, Donnie Brasco.  The character of Donnie Brasco was made famous first by a book about Pistone’s undercover work and then by a movie featuring Johnny Depp as Donnie Brasco.

Pistone spent six years undercover living with and associating with the mafia.  He gathered intelligence and evidence that helped the FBI send more than 100 gangsters to prison.

In one of Pistone’s books he explains what wiseguys say and what they mean.

When a wiseguy says, “I got to get back in shape.  Got to go lift weights.” It means he’s going to prison.  When he says,  “That babbo has a parakeet down in Pepsi Cola,” he means some useless underling has a mistress down in Pensacola.  If a mafia member is chased it means he’s been banished from the mafia.  If he’s been burned he’s been wacked (killed).

In PR, when I meet with clients and do media training to prepare them to talk to the press, I explain to them the importance of speaking and using terms or words that are familiar to all people and not just a particular industry.  I encourage them to refrain from using industry jargon, catch phrases or terminology that somebody outside the industry is not going to understand.  Keep it as simple as possible and don’t expect or assume that everybody knows exactly what some of these words mean.

Fughedaboutit!  By eliminating these types of instances, you’ll ensure that people understand what you’re telling them and eliminate any chances of being misunderstood or not understood at all.